The October VIX futures rose 0.28 points above the November futures on Wednesday, the widest margin since mid-June, after Wall Street’s main indexes sold off following a 75 basis point interest rate hike by the Federal Reserve.

An inverted curve, when near-dated contracts are more expensive than later dated ones, suggests investors are growing more worried about near-term events, raising the cost of hedging.

Such a signal has occurred prominently five times since 2020, with two instances followed by market rebounds, including the most recent one in mid-June.

“It’s usually a sign all the risk is being pulled into the here and the now,” said Chris Murphy, co-head of derivatives strategy at Susquehanna International Group.

“That’s why often we will look at it as a capitulation indicator,” Murphy said.

The two nearest VIX futures last inverted in June, amid a bout of intense selling that drove the S&P 500 <.SPX> to its bear market low. The index rebounded 17% soon after, though most of that rally has been reversed on fears the Fed will be more hawkish than previously anticipated.

While an inversion this time may indicate intensifying selling pressure, it does not necessarily signal an immediate end to the market’s recent slide, Murphy said. For instance, the two front month VIX futures remained inverted for a month – from mid-February through mid-March – before the stock market sell-off in the first quarter took a breather. 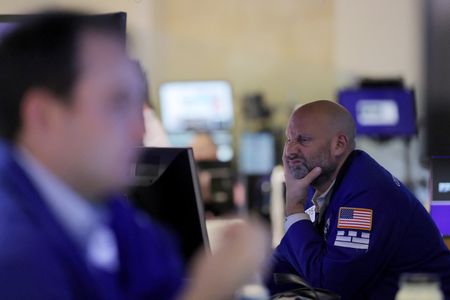