WELLINGTON (Reuters) – New Zealand’s Finance Minister Grant Robertson said on Thursday that new legislation had been introduced to parliament that will establish a formal scheme to protect depositors from loss if a deposit taker fails.

Robertson said the scheme would guarantee deposits of up to NZ$100,000 ($58,190) in eligible institutions and increase oversight of deposit takers.

New Zealand is one of just two countries in the Organisation for Economic Cooperation and Development that does not currently have deposit insurance.

“The absence of depositor protection has been a long-standing gap in New Zealand’s financial safety net. This legislation closes that gap,” Robertson said.

The bill gives the Reserve Bank of New Zealand the ability to set standards for banks as the main tool for imposing prudential requirements, and modernises the regulation and supervision of all deposit takers.

The bill must be passed by the parliament before coming into law. 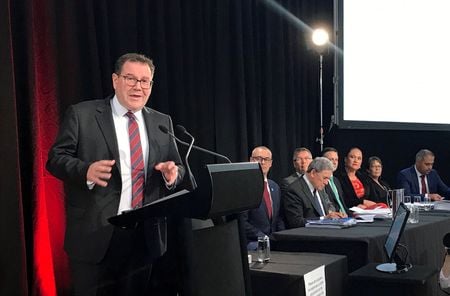 Hurricane Ian makes landfall over western Cuba, with Florida in its sights