By Valerie Volcovici and Moira Warburton

WASHINGTON (Reuters) -The U.S. Senate on Wednesday voted 69-27 to ratify an amendment to the Montreal Protocol that would cut the use of hydrofluorocarbons (HFCs), a major greenhouse gas, in a key step towards combating climate change.

The so-called Kigali amendment calls for the phase-down of HFCs, gases used in heating, ventilation, air conditioning and refrigeration (HVACR) that are significantly more potent than carbon dioxide in contributing to global warming.

“This is a win-win in our fight against climate change and will go a long way to battle rising global temperatures while also creating tens of thousands of good paying American jobs,” Senate Majority Leader Chuck Schumer said on Wednesday.

He said the Kigali ratification and passage of the climate-focused Inflation Reduction Act last month make up the “strongest one-two punch” that Congress has taken to combat climate change.

Senior administration officials have told Reuters that worldwide implementation of the amendment could prevent as much as a half degree Celsius (0.9 F) in warming by the end of the century.

John Kerry, special envoy on climate change and former secretary of state who helped negotiate the treaty amendment in Kigali in Rwanda in 2016, called the ratification a “profound victory ​for the climate and the American economy.”

The amendment icludes specific targets and timetables to replace HFCs with climate-friendly alternatives and restricts countries that have ratified the Montreal protocol and its amendments from trading in controlled substances with states that haven’t ratified.

HVACR manufacturers, who had supported ratification of the amendment since Congress voted in 2020 to phase out HFCs domestically, said ratification will create jobs and keep the sector competitive globally.

“It counts for the global competitive advantage it creates; it counts with the additional exports that will result and it counts for U.S. technology preeminence,” said Stephen Yurek, president of trade association the Air-Conditioning, Heating, and Refrigeration Institute (AHRI).

Durwood Zaelke, president of the Institute for Governance and Sustainable Development that has worked on phasing out HFCs, said the amendment can provide an example for other more contentious global climate negotiations.

“When you line up business goals with environmental goals, you can get bipartisan support at home and North-South support globally for stronger multilateralism,” he said.

The world’s leading producers of substitutes for HFCs are in Louisiana, New Jersey, Texas, and elsewhere in the United States. The world’s fastest growing markets for refrigerators and air conditioners are overseas. 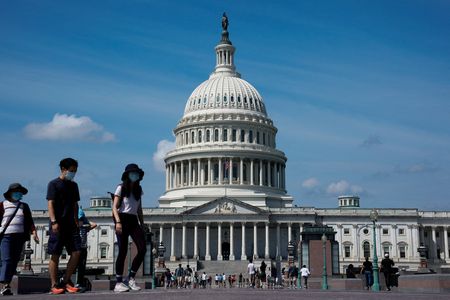 UK new car registrations up 4.6% in September on EV sales

About 30,000 passengers likely to be affected by Eurowings pilot strike

About 30,000 passengers likely to be affected by Eurowings pilot strike