WASHINGTON (Reuters) – Former President Donald Trump has failed to provide evidence he declassified any records the FBI seized from his Florida estate and he is not entitled to review them or have them returned, the U.S. Justice Department has argued to a federal appeals court.

Prosecutors have asked the Atlanta-based appellate court to lift a stay by U.S. District Judge Alieen Cannon that bars them from using any of the classified materials in their ongoing criminal investigation until after an independent arbiter called a special master completes a review to weed out any documents that could be privileged.

Of the more than 11,000 documents seized by the FBI from Mar-a-Lago on Aug. 8, about 100 have classified markings.

“Plaintiff again implies that he could have declassified the records before leaving office. As before, however, Plaintiff conspicuously fails to represent, much less show, that he actually took that step,” the Justice Department’s attorneys wrote in a filing late Tuesday, referring to the former Republican president, who sued the department after the FBI carried out the search at his Florida home and country club.

The government’s latest filing came just hours after U.S. Judge Raymond Dearie, who was appointed by Cannon as special master, pressed Trump’s attorneys at a hearing in Brooklyn to provide him with evidence that Trump had actually declassified some of the seized materials.

“If the government gives me prima facie evidence (a legal term meaning a fact is presumed to be true unless disproved) that this is classified, and you decide not to advance a claim of declassification … as far as I’m concerned that’s the end of it,” Dearie told them. “You can’t have your cake and eat it.”

Federal prosecutors in their filing to the appeals court highlighted that Trump’s attorneys had resisted Dearie’s request.

Dearie was appointed at Trump’s request, and Cannon tasked him with reviewing all of the materials, including classified ones, so that he can separate anything that could be subject to attorney-client privilege or executive privilege – a legal doctrine that shields some White House communications from disclosure.

The Justice Department is conducting a criminal investigation of Trump for retaining government records, some marked as highly classified including top secret, at Mar-a-Lago after leaving office in January 2021. Trump has denied wrongdoing and has said without providing evidence that the investigation is a partisan attack.

As one of his defenses, Trump has claimed on social media posts without evidence that he declassified the records. However, his lawyers have not made such claims in any of their legal filings.

“Plaintiff’s effort to raise questions about classification status is a red herring,” prosecutors told the U.S. Court of Appeals for the 11th Circuit in their late-night filing Tuesday. “Even if plaintiff could show that he declassified the records at issue, there would still be no justification for restricting the government’s use of evidence at the center of an ongoing criminal investigation.”

Trump is a former president and the records do not belong to him. However, prosecutors did not directly appeal that portion of Cannon’s order. The department’s attorneys previously determined that they believed Trump as a former president cannot assert executive privilege over the sitting president, Joe Biden.

It is still unclear how the conservative-leaning 11th circuit, which has 6 out of 11 Trump-appointed judges, will rule, and the court has not yet revealed which three of its judges will take up the Justice Department’s appeal.

Earlier on Tuesday, Trump’s lawyers filed their response to the department’s appeal, urging the court to keep the stay in place and to allow them under Dearie’s supervision to review all of the seized materials, including those marked classified. 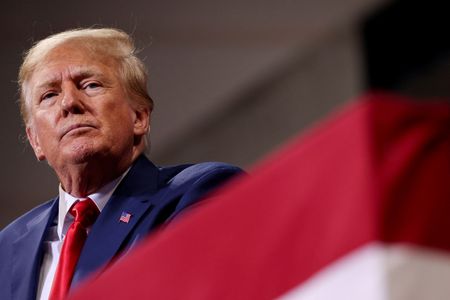