By Yimou Lee and Liang-sa Loh

TAIPEI (Reuters) -Taiwan’s central bank on Thursday cut its growth forecast for this year, citing tensions with China as one of the economic uncertainties it faces, while raising its policy rate for the third time this year to help rein in inflation.

The central bank, at its quarterly monetary policy meeting, raised the benchmark discount rate by 12.5 basis points (bps) to 1.625%, as expected by the majority of economists in a Reuters poll.[nL4N30J130]

The decision came after the U.S. Federal Reserve delivered its third straight 75-basis-point rate hike on Wednesday and signalled more rises at upcoming meetings, underscoring its resolve not to let up in its battle to contain inflation.

“Our economy shows a downward trend, but there are still many uncertainties ahead,” Governor Yang Chin-long told reporters, citing factors including the war in Ukraine and geopolitical tensions in the region.

In a statement accompanying the rate decision, the bank said the heightened tensions in the Taiwan Strait, where China has carried out military drills after U.S. House Speaker Nancy Pelosi visited Taipei last month, and a deterioration in Sino-U.S. ties were among the risks Taiwan faced.

The trade-dependent economy is beginning to lose momentum as consumer demand swoons in major markets China, the United States and Europe. Taiwan’s exports last month rose just 2% on-year and could get worse as the year progresses.

The bank said Taiwan’s exports are unlikely to expand rapidly next year due to the global economic downturn.

As an additional tool to help curb inflation, the bank also raised by 25 bps the various rates it has for banks’ reserve requirement ratios. It was the second such move this year after a rise of the same ratio in June.

It said that, along with the rate rise, will help curb inflation which it predicted would gradually stabilise in the second half of this year.

The central bank said it expected the consumer price index (CPI) would rise 2.95% in 2022, slightly revising up the outlook from 2.83% predicted in June.

But inflation, never as bad as in the United States or Europe, is easing.

Taiwan’s consumer price index was 2.66% higher in August than a year earlier, the lowest reading in half a year.

Yang said for Taiwan using interest rate hikes to curb inflation was not the “best option”, with measures like cutting import taxes for some commodities more effective.

When asked about the direction of monetary policy going forward, Yang said the bank will need to keep inflation forecasts for next year in mind.

“We will evaluate again in December. Everything is possible.”

The bank also reiterated it would intervene if the foreign currency market “overly fluctuates”. The Taiwan dollar has depreciated more than 12% so far this year, though the Japanese and South Korean currencies have performed worse. 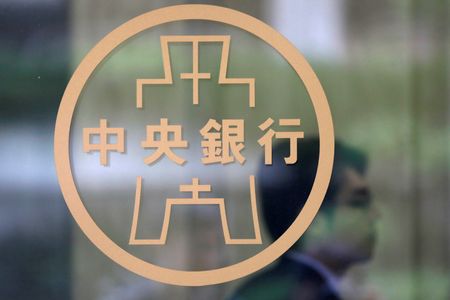