(Reuters) -Donald Trump’s bid to impede a criminal investigation into his possession of documents taken from the White House has begun to unravel, legal experts said, after courtroom setbacks including doubts expressed by judges about the former U.S. president’s claim that he declassified records seized at his Florida home.

Trump has experienced disappointments on multiple fronts this week as his lawyers try to slow down the Justice Department investigation that kicked into high gear with an Aug. 8 court-approved search of his Mar-a-Lago residence in which FBI agents found 11,000 documents including about 100 marked as classified.

A three-judge panel of the Atlanta-based 11th U.S. Circuit Court of Appeals on Wednesday ruled that federal investigators could immediately resume examining the classified records, reversing Florida-based U.S. District Judge Aileen Cannon’s decision to wall off these documents while an independent arbiter assesses whether any should be withheld as privileged.

“Cannon’s ruling is so far out of the norm, and the 11th Circuit did such a good job of thoroughly dismantling her opinion,” said Jonathan Shaub, a former attorney in the Justice Department’s Office of Legal Counsel who now teaches law at the University of Kentucky.

At issue in the investigation – one of several legal woes entangling Trump as he considers another run for the presidency in 2024 – is whether he broke federal laws preventing the destruction or concealment of government records and the unauthorized possession of national defense information. The Justice Department is also looking into whether Trump unlawfully tried to obstruct the investigation.

Trump has not been charged with any crime and the mere existence of an investigation does not mean he will be.

As part of Trump’s counterattack against the investigation, he has made public claims that he personally declassified the seized records.

“If you’re the president of the United States, you can declassify just by saying it’s declassified, even by thinking it,” Trump told Fox News on Wednesday. “You’re sending it to Mar-a-Lago or wherever you’re sending it, and there doesn’t have to be a process.”

Trump’s lawyers, however, have stopped short of stating in court that he declassified the documents, though they have not conceded that they are classified.

The 11th Circuit called Trump’s declassification argument a “red herring.” The three statutes underpinning the FBI’s search warrant at Mar-a-Lago make it a crime to mishandle government records, regardless of their classification status. The 11th Circuit also said it could not discern why Trump would have “an individual interest in or need” for any of the documents marked as classified.

Trump’s lawyers did not immediately respond to a request for comment.

To make matters worse for Trump, Judge Raymond Dearie – the arbiter, or special master, named by Cannon to vet the seized documents – asked Trump’s lawyers on Tuesday why he should not consider records marked classified as genuinely classified. Dearie pressed Trump’s lawyers to make clear whether they plan to assert that the records had been declassified as Trump claims.

“Unless Trump can come up with real evidence saying he went through some kind of declassification procedure and declassified this stuff, there’s no way he can prevail on this, and if he had that evidence his lawyers would have presented it,” said Ilya Somin, a law professor at George Mason University.

Even as he has stated that he declassified the records, Trump also has publicly suggested that the FBI planted them at Mar-a-Lago. Dearie on Thursday asked Trump’s lawyers to provide any evidence backing this up.

“Prosecutors must lick their chops every time Trump makes a public statement that is equivalent to making evidentiary admissions, like talking about sending documents marked classified down to Mar-a-Lago because, according to his account, he thought about declassifying them,” Laufman said.

“It was a great day for the rule of law,” Barbara McQuade, a former federal prosecutor and current law professor at the University of Michigan, said of the 11th Circuit’s ruling. “It says that the law matters more than anyone’s loyalty to a particular person.”

(Reporting by Luc Cohen in New York and Sarah N. Lynch in Washington; Editing by Will Dunham) 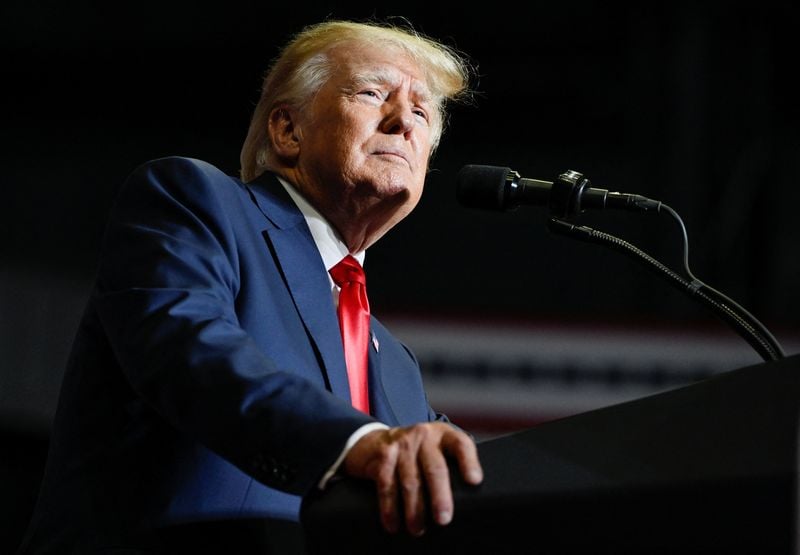 Waterloo Man Sentenced for Possessing a Firearm as a Felon