Final Trade Mission Comes to a Close. During the mission to Korea and Japan, the governor made a number of major announcements, adding partners in Korea and Japan to the state’s innovative Global Gateway Initiative, and renewing agreements that expand trade and economic ties. He met with Korean President Yoon Suk-yeol, delivered a keynote address on freedom and democracy at the Jeju Forum for Peace and Prosperity, and asked President Biden to take action to address Inflation Reduction Act provisions that impose trade barriers and hurt access to affordable electric vehicles.

The governor also published a Wall Street Journal op-ed outlining takeaways from his trade mission, writing, “When I hear our allies express concern about the future, my message is simple: Don’t bet against America. We aren’t as divided as it seems. The future still belongs to freedom and democracy.”

Visit to Yokota Air Base. Governor Hogan visited servicemembers at Yokota Air Base in western Tokyo, which serves as the host base for the headquarters of United States Forces Japan, Fifth Air Force, and the 347th Airlift Wing. Yokota played a pivotal role in combat operations during the Korean War. 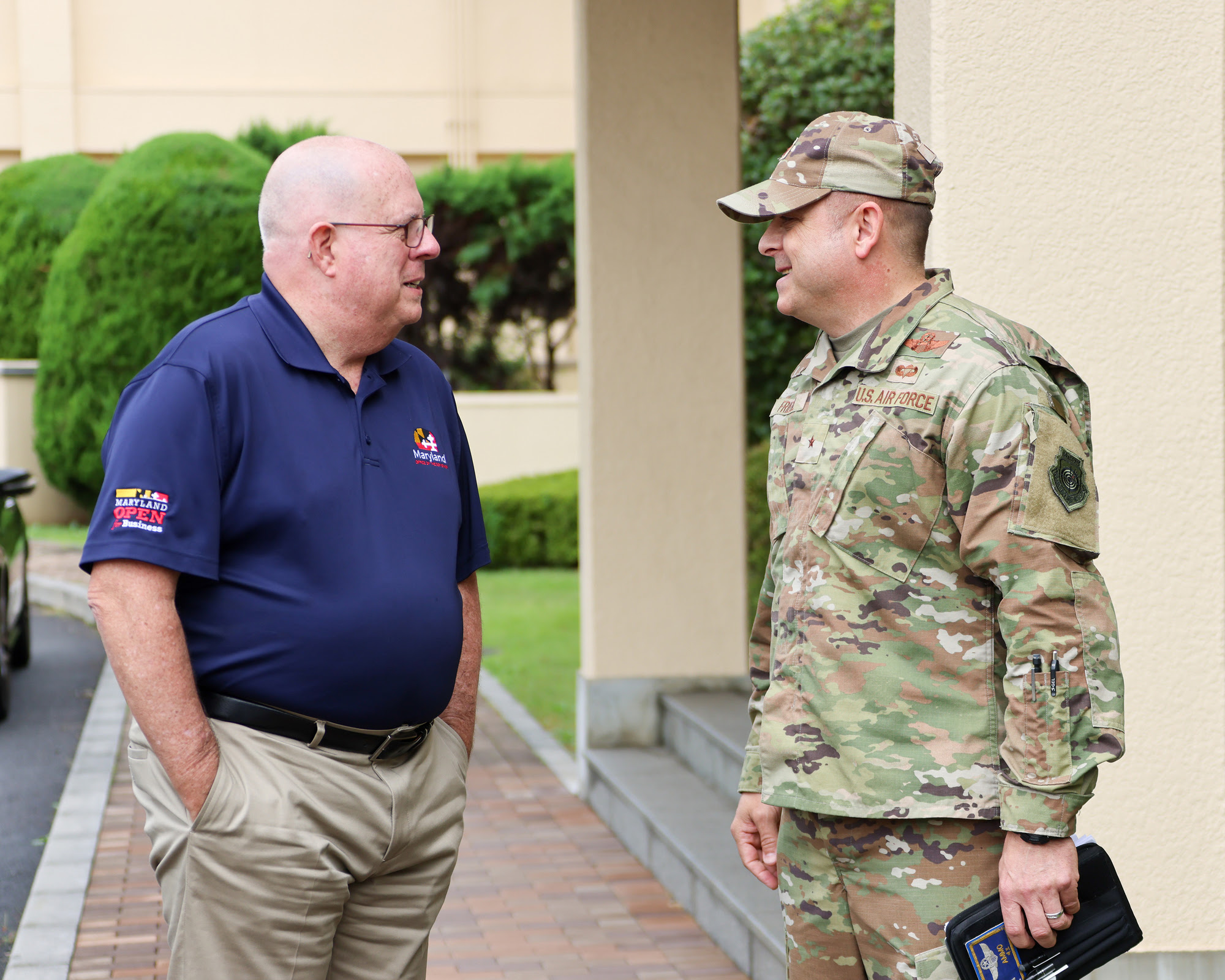 Meeting With U.S. Ambassador to Japan Rahm Emanuel. The governor’s discussion with Ambassador Emanuel at U.S. Embassy Tokyo covered a wide range of issues, including Maryland’s growing relationship with Japan and the state’s Global Gateway Initiative. There are more than 100 Japan-affiliated companies employing more than 6,000 workers in Maryland.