By Sabrina Valle and Arathy Somasekhar

HOUSTON (Reuters) -BP Plc and Chevron Corp on Monday said they have shut-in production at offshore oil platforms in the Gulf of Mexico, as a powerful Hurricane Ian bore down on the top U.S. offshore production region.

The category 2 storm was in the Caribbean and forecast to become a major hurricane within two days. It was packing 100 mile per hour (161 kph) winds and expected to rapidly intensify as it crosses the Gulf’s warm waters, the National Hurricane Center (NHC) said.

The storm is the first this year to disrupt oil and gas production in the U.S. Gulf of Mexico, which accounts for about 15% of the nation’s crude oil and 5% of dry natural gas production.

Occidental Petroleum and Hess said they were implementing measures for facilities in the Gulf of Mexico. Spokespeople declined further comment.

Ian is forecast to reach its peak intensity over the southeastern Gulf of Mexico in 36 hours, said NHC forecaster Brad Reinhart in a note Monday evening.

BP said it has evacuated personnel from its 130,000 barrels of oil per day (bpd) Na Kika, and from its 250,000 bpd Thunder Horse platform. Na Kika also produces 550 million cubic feet per day (mmcf/d) of natural gas, and Thunder Horse 200 mmcf/d.

“We will continue to monitor weather conditions closely to determine next steps,” BP said in a statement.

Crude grade Thunder Horse strengthened to a premium of 25 cents to U.S. crude futures, from a discount of $1.20 on Friday. Mars Sour, considered the benchmark for U.S. coastal grades, also firmed to a discount of $1.

Chevron has begun removing all personnel from its Petronius and Blind Faith platforms and shutting-in their output, the company said. The two account for about 105,000 bpd of oil production and 90 million cubic feet per day of gas output.

Other Chevron-operated Gulf of Mexico assets remain at normal levels, a spokesperson said.

Hurricane Ian is not a threat to the rigs in the central Gulf of Mexico, Joe Bastardi, chief forecaster at analytics firm WeatherBELL said. Much of the oil production platforms are in the region.

Murphy Oil and Equinor said they did not anticipate any impact to their operations, while Shell Plc said it was closely monitoring the storm’s track and there was no impact to its Gulf operations. 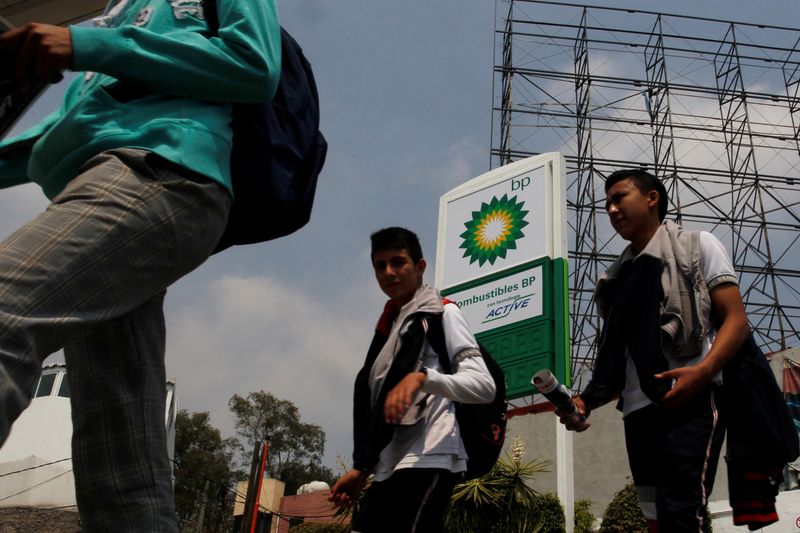