By Elisa Anzolin and Crispian Balmer

MILAN (Reuters) -League leader Matteo Salvini, who just four years ago was hailed as the star of European populist politics, has shrugged off his party’s poor showing in Italy’s general election and rejected suggestions he might stand down.

Although an alliance of right-wing groups won a handsome majority on Sunday, support for its once dominant force, the League, crumbled to just 8.9% from 17.4% at the last such vote in 2018 and 34.3% in European parliamentary elections in 2019.

Salvini, a eurosceptic nationalist, said nothing overnight, fuelling speculation he would resign as leader of his bruised party, but he ruled that out at a news conference on Monday.

“I went to bed pissed off and woke up spring-loaded and optimistic,” he said, promising to help bring political stability to Italy after years of revolving door governments.

Critics say Salvini has made repeated blunders since his 2019 electoral high-water mark, including bringing down the coalition of which he was a part in a failed effort to trigger early elections that he looked certain to win.

After a spell in opposition, he subsequently agreed to bring the League into a broad, national unity government headed by former European Central Bank chief Mario Draghi — a decision he said had cost him heavily at the polls.

“I put the interests of the country before those of the party,” he said.

His main rightist ally, the Brothers of Italy, refused to join the Draghi coalition and undoubtedly benefited from not having to defend difficult decisions taken during the COVID-19 emergency or make compromises with long-time political foes.

“Meloni did well … but I am not envious,” Salvini said, adding that he would talk to her later in the day to discuss the make-up of the next government.

“We have made a solemn pledge to the Italians (to govern together) and woe betide those who break their word. We have the duty and the pleasure of governing together for five years.”

While the League was expected to under perform compared with four years ago, the scale of its retreat was still a surprise as it trailed in third or even fourth place in some of its traditional fiefdoms across northern Italy.

Salvini said a “phase of re-organisation” was needed within the party and promised to listen to the powerful regional chiefs to hear their advice on what to do next.

The League leader had tried to broaden his party’s appeal by adopting a more overtly nationalist message and pushing to build support in the south, which it used to shun. This strategy appears to have failed and political analysts said Salvini’s future was not certain despite his desire to stay in charge.

“Going below 10% means that this will probably open fractures within the party,” said Davide Angelucci, a political analyst at Rome’s Luiss University. “This might even result in a crisis of the League and in a crisis of the leadership.” 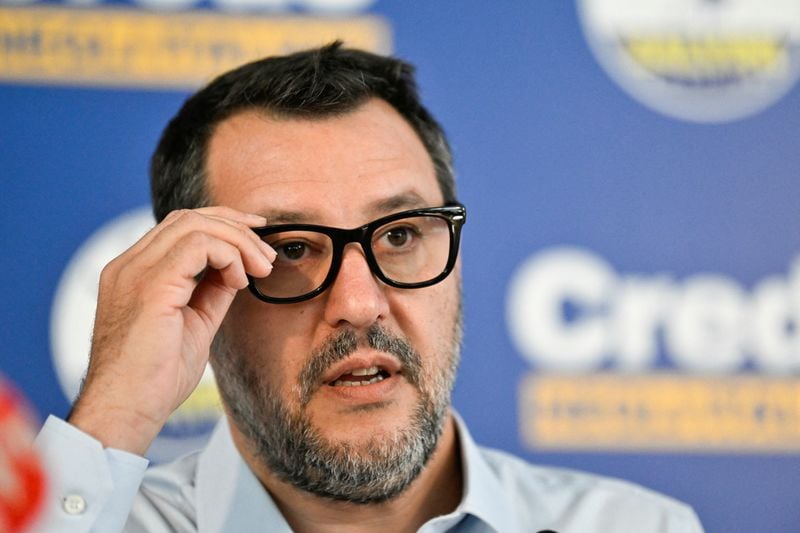