KARACHI, Pakistan (Reuters) -Pakistan prime ministerial aide Ishaq Dar said on Monday he would take up the role of finance minister for the fourth time, adding that he wanted to get Pakistan out of its economic rut and stressing he wanted a strong and stable rupee.

Ahead of his formal appointment, the rupee had risen throughout the day after reports that he would take up the role, a change that comes in the midst of an economic crisis in Pakistan that has been exacerbated by deadly floods.

“Prime Minister Shehbaz Sharif has asked me to accept the responsibilities of finance minister,” Dar said in a statement broadcast on state television on Monday evening. “By the grace of God, I will try my best to get Pakistan out of this economic rut.”

During a previous tenure ending in 2017, Dar said Pakistan was going to become the world’s 18th strongest economy, but the South Asian country is facing economic turmoil, exacerbated by widespread floods estimated to have cost it nearly $30 billion.

Dar is taking office, for the fourth time, with the challenge of getting the economy out of one of its worst balance of payment crises that has seen foreign reserves falling to a month of imports.

The IMF board last month approved the seventh and eighth reviews of a bailout programme, allowing for a release of over $1.1 billion.

“Interest rate was lowest, the growth was highest, with the blessing of God, in decades, other macroeconomic indicators were excellent, reserves were highest, rupee was stable,” Dar said on Monday of his 2013-17 tenure.

“So, we will be trying to get to that direction, that we stop the way the economy has been falling, and we change its direction.”

The rupee rose 1.1% in interbank trading and over 3% in the open market after opening firmer in Monday’s morning session as investors anticipated Dar’s appointment, the state bank and forex exchange association said.

“The Dar factor is at play. There are memories of how he kept the dollar rate stable,” said Fahad Rauf at Ismail Iqbal Securities.

“There is no way (the rupee) can sustainably move against the tide in the current scenario,” Rauf said in reference to the dollar strengthening against all currencies.

CHANGE AT A TIME OF ECONOMIC CRISIS

Current Finance Minister Miftah Ismail said on Sunday he would quit – the fifth holder of the job to go in less than four years during persistent economic turbulence.

“God is sending me back to the same office,” Dar said in a video statement telecast by local TV channels, referring to the finance ministry he quit after he flew to London in 2017 for medical check-ups amid pending corruption cases, which he says were politically motivated.

His arrest warrants have been suspended by an anti-graft court until Oct. 7, making his return to Pakistan possible.

The ruling party has repeatedly said it inherited a wrecked economy from former Prime Minister Imran Khan, who was ousted in a vote of no-confidence in April – an accusation dismissed by Khan.

As the new government took over, the rescue programme with the IMF was in the doldrums because of a lack of an agreed policy framework.

Ismail said he pulled the country out of a near default, but markets did not respond positively, with the rupee tumbling to a record low and inflation crossing over 27%.

Unpopular decisions Ismail took to adhere to the IMF preconditions, including rolling back power and fuel subsidies given by Khan in his last weeks in power, saw inflation rise above 27% and the rupee tumbling to historical low.

(Writing and reporting by Asif Shahzad in Islamabad; Editing by Andrew Heavens and Nick Macfie) 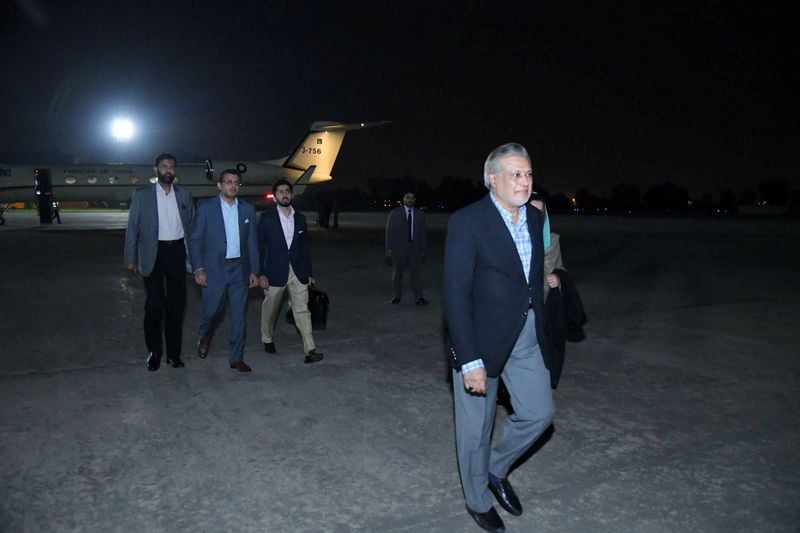 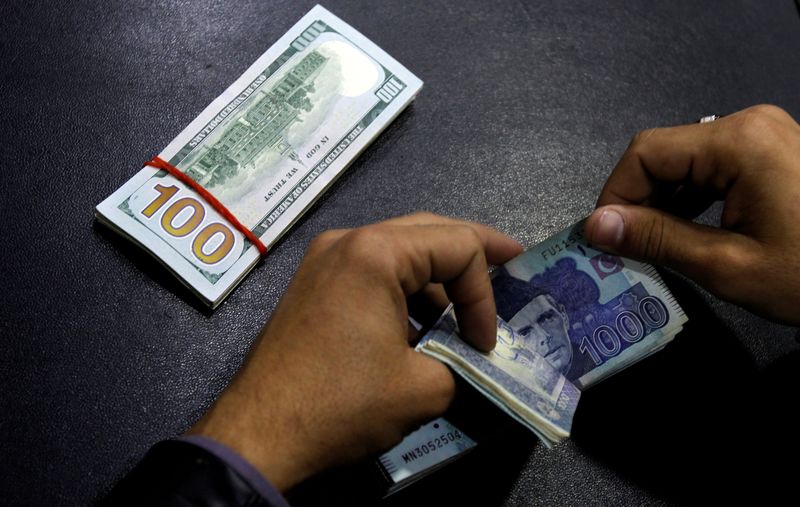