WASHINGTON (Reuters) -U.S. Secretary of State Antony Blinken on Tuesday blamed the COVID-19 pandemic for a backlog of visa applications from Indian nationals and said the United States had a plan to address it.

The comments came as he met with Indian Foreign Minister Subrahmanyam Jaishankar. The two discussed challenges that Indians have been facing in receiving visas to work and live in the United States.

U.S. visa services are still attempting to clear a backlog after Washington halted almost all visa processing worldwide in March 2020 due to the pandemic. Although other nationalities are also affected, Indians make up a large proportion of the recipients of H-1B and other work visas granted to skilled foreign workers, many in the tech industry.

Blinken did not give more details of the plan, but said it would play out in the coming months.

U.S. visa applicants in India have seen wait times for an appointment extending to over a year in some instances.

The U.S. Embassy in India said on Tuesday that while visa appointments were open for all categories, wait times remained “significantly” high due to high demand.

The visa backlog has led to some families being separated for extended periods of time, with some taking to social media to lament their situation.

“On mobility, specifically visas, this is particularly crucial, given its centrality to education, business, technology and family reunions,” Jaishankar said in a joint press briefing with Blinken on Tuesday.

“There have been some challenges of late, and I flagged it to Secretary Blinken and his team, and I have every confidence that they will look at some of these problems seriously and positively.”

Blinken said he was “extremely sensitive” to the issue.

“When COVID hit, the demand for visas fell through the floor, visa fees went away, and the system as a whole suffered,” Blinken said. 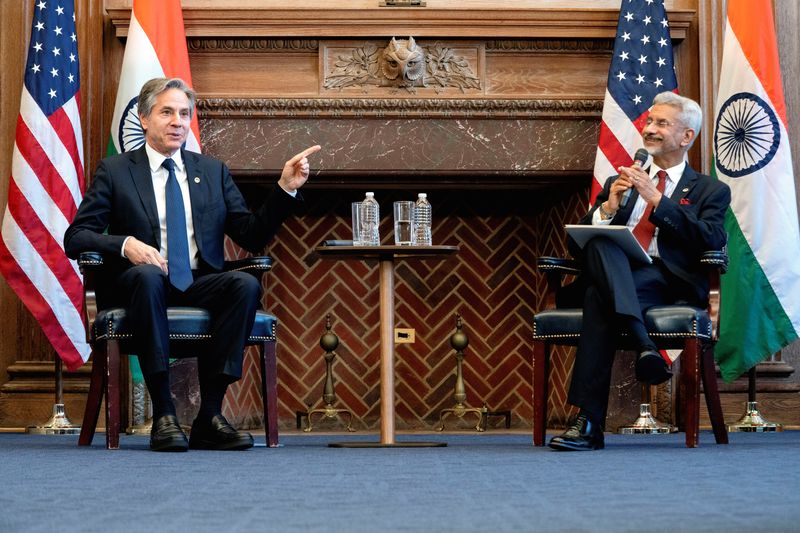