In prepared remarks opening the Global Methane, Climate, and Clean Air Forum, Kerry called on countries to keep up momentum building since last year, when more than 100 countries joined the Global Methane Pledge alongside the United States and the European Union, promising to reduce global methane emissions 30% by 2030.

Trillions of dollars worldwide will be needed to help countries implement their national plans to slash methane, Kerry said in the remarks reviewed by Reuters.

“On finance, we have an immense uphill battle,” Kerry said, noting that less than 2% of global climate finance goes to methane, even though methane is responsible for nearly half of net global warming. “We need this tide to change.”

Methane is the main greenhouse gas after carbon dioxide. It has a higher heat-trapping potential than CO2, but breaks down in the atmosphere faster – meaning that cutting methane emissions can have a rapid impact in reining in global warming.

Kerry said achieving the goals of the Global Methane Pledge would deliver more than 0.2°C of cooling within decades.

But if countries fail to implement plans to meet the pledge’s goals, methane would go up by 13% by 2030, Kerry said, citing a report that will be released soon by the United Nations Environment Programme.

He also said investments will be needed to tackle methane from sectors beyond oil and gas, including livestock productivity, reducing food loss and waste, and keeping organic material out of landfills. 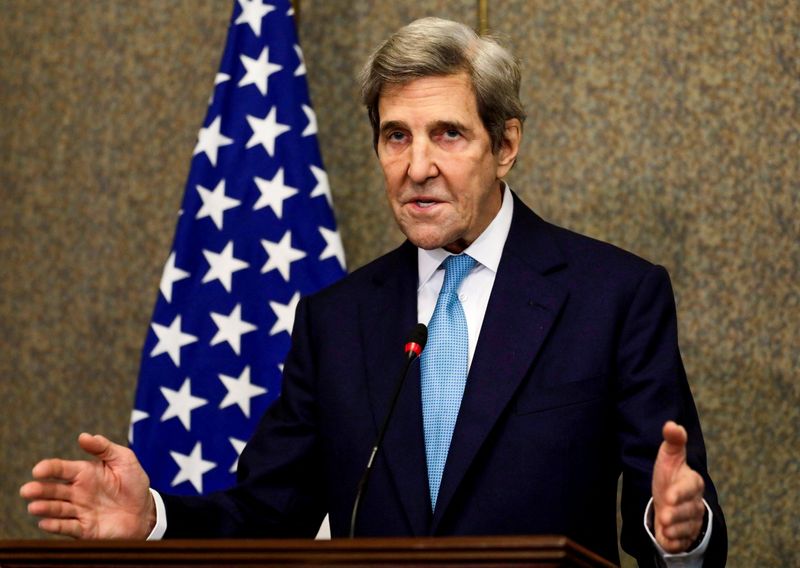