WASHINGTON (Reuters) – U.S. Supreme Court Justice Samuel Alito, author of a blockbuster ruling that revoked nationwide abortion rights, said on Tuesday that his Catholic faith requires him to consider the real-world implications of his decisions on the nation’s highest court.

Speaking to a sympathetic audience shortly before the court begins its next term, the conservative justice did not discuss the abortion ruling or other landmark decisions on guns and federal power issued earlier this year.

Asked how his personal faith affects his work, Alito said that judges can impact people “indirectly but sometimes very powerfully” through their decisions.

“It’s important to keep in mind that these decisions are not abstract discussions – they have real impact on the world,” he said at the Catholic University of America in Washington.

Alito said his faith also “affects the way you treat all the people that you work with, when you’re serving as a judge.”

Alito has emerged as a leading voice of the court’s emboldened 6-3 conservative majority, which issued a string of blockbuster decisions last year that pushed U.S. law to the right.

The majority’s assertiveness could continue in a number of major cases in the next term, which begins in October.

Alito authored the landmark ruling that overturned the 1973 Roe v. Wade decision that established a nationwide right to abortion. Since then, several states have banned the procedure outright or limited it sharply.

Alito spoke at an inaugural lecture for a new program at Catholic University of America’s law school, called the Project on Constitutional Originalism and the Catholic Intellectual Tradition. The school said earlier this year that Alito will be the honorary chair for the program’s advisory board.

Alito focused his remarks on Catholic intellectual tradition and the law, steering clear of the barbed comments that have marked some of his other public appearances.

In July, he mocked foreign leaders who objected to the court’s abortion decision, while in 2020 he said religious liberty was becoming a “disfavored right”.

Opinion polls have shown a drop in public approval of the court in the wake of that abortion ruling. 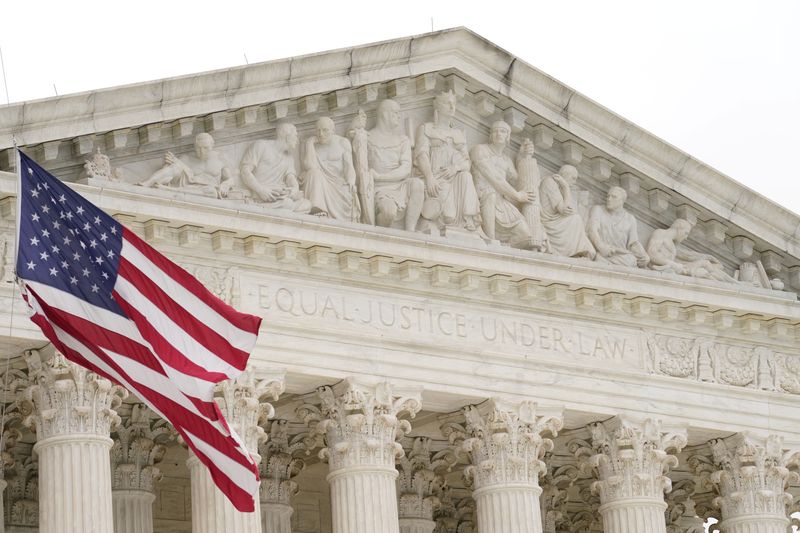