SHANGHAI (Reuters) -Investors dumped shares and bonds of Chinese property developers on Wednesday, after a media report that CIFI Holdings (Group) Co had defaulted added to worries over the crisis-stricken real estate sector.

Hong Kong-listed shares of CIFI Holdings plunged 32.3% to a record low as of the market close on Wednesday, after credit intelligence provider Reorg reported that the Chinese developer had missed payment on certain non-standard debt.

In response to questions about the report, CIFI said it is actively seeking solutions, without giving further details. The company’s website said it was China’s eighth-largest listed developer last year.

The share slump, which came after CIFI’s chairman recently predicted “unprecedented” liquidity stress ahead, triggered savage sell-offs in the sector.

Stocks and bonds of other property developers also slumped.

Investors are worried that the sector’s cash crisis is finally reaching CIFI, which had been considered one of the country’s few relatively resilient private developers, said Shujin Chen, head of China FIG Research at Jefferies.

“The overall fragile investment sentiment in the wake of the sterling drop and global monetary policy uncertainties certainly did not help,” she added.

Sharp stock market losses this week also show investors don’t expect fresh property stimulus measures to be announced during or immediately after the 20th Communist Party Congress to be held from Oct. 16.

In a letter to employees dated Sept. 27, CIFI Chairman Lin Zhong said the company’s priority now is to survive, as property sales in China remain sluggish amid COVID-19 lockdowns, an economic slowdown, and a mortgage payment boycott.

“Hardship and ordeal will persist for quite a long period of time,” Lin said in the letter, which was widely distributed via social media and confirmed by the company.

“Although we have more than 30 billion yuan ($4.14 billion)of cash sitting on the books, the overwhelming majority of it could not meet reasonable demand by companies,” CIFI’s letter said.

A source with direct contact with Lin told Reuters that Lin is under immense pressure, as there’s no fresh, big policy support in sight, so “it’s unclear when the industry can see a gleam of hope.”

Woes in China’s property market worsened in August, with official data showing home prices, sales and investment all falling, adding pressure on the sputtering economy. A number of leading developers have defaulted on bonds, and local governments are scrambling to devise financing fixes that will allow stalled construction on new homes to resume. 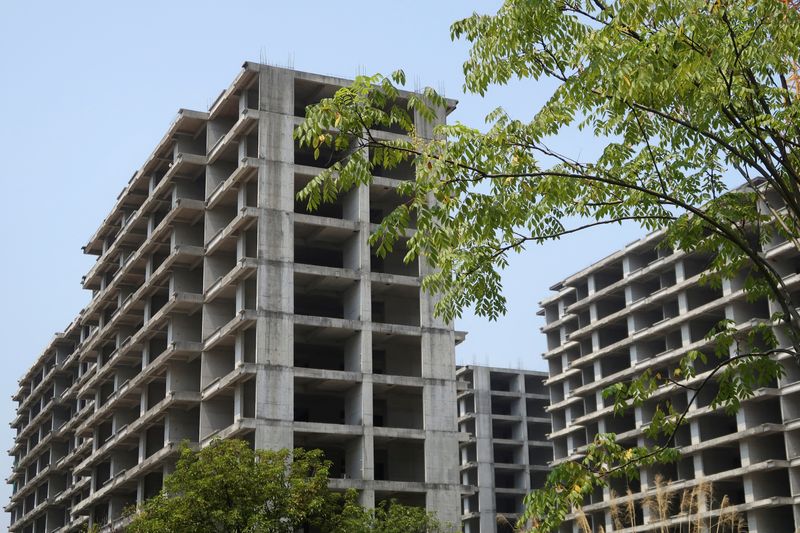