By Carolina Mandl and Davide Barbuscia

NEW YORK (Reuters) – Recent increases in U.S. Treasury yields are likely to improve the attractiveness of investment strategies such as the 60/40 portfolio, said Ken Griffin, the billionaire founder of Citadel Securities, one of the world’s biggest market-making firms.

“The 60/40 portfolio is much better today than at any point in recent time,” he told an investment conference in New York on Wednesday, referring to the common investment strategy, which splits allocations between stocks and bonds on a 60%/40% basis to mitigate risk.

The strategy has been badly hit this year amid declines in prices for both stocks and bonds. However, yields on the benchmark 10-year Treasury, which move inversely to prices, topped 4% on Wednesday, hitting a 12-year high.

“Right now, that’s a much more compelling value proposition than it was back then at 1% yield,” Griffin said.

With the Fed furiously raising rates to stave off the worst inflation in decades, Griffin believes a recession is likely next year.

“There will be one. It’s just a question of when and how hard,” he said.

He believes that volatility in UK assets is unlikely to spill over into other markets, after sterling tumbled to record lows and British bond prices slid on Wednesday following announcements of unfunded tax cuts, forcing the Bank of England to intervene in the fixed income market.

Griffin said he was worried about the loss of confidence in Britain. “It represents the first time we’ve seen a major developed market, in a very long time, lose confidence from investors.”

He said U.S. equity valuations remain comparatively high, despite a sell-off that has thrown the S&P 500 into a bear market this year.

Griffin, whose fortune is estimated at around $27 billion according to Forbes, announced in June he was moving Citadel’s global headquarters to Miami due to concerns about rising crime rates in Chicago.

“Crime is just out of control on the streets (of Chicago),” he said at Wednesday’s conference. 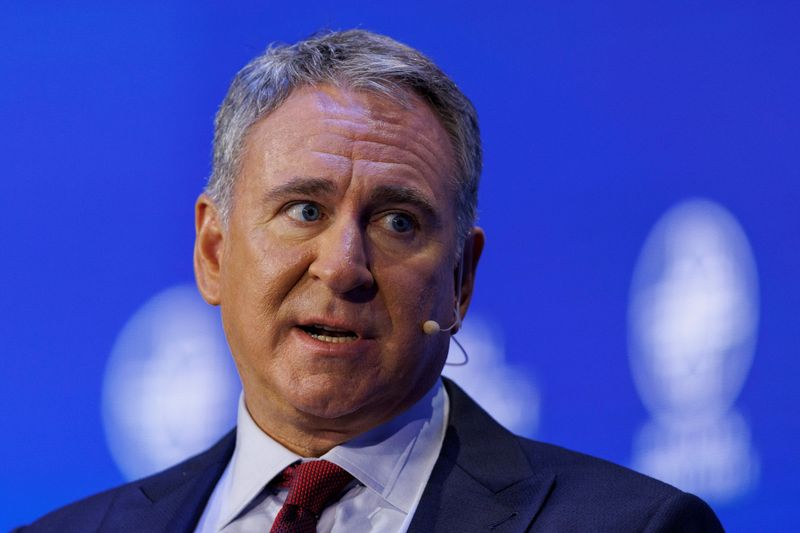