LONDON (Reuters) – Russian-backed separatists and Russian installed officials in four partially Russian-controlled regions of Ukraine declared that voters had chosen to join Russia, in hastily organised referendums which the West said were illegal. What happens now?

President Vladimir Putin has said he will never abandon the residents of these areas. Ukraine says Russia is a criminal state stealing its sovereign territory.

WHAT WERE THE PUBLISHED RESULTS?

Things were moving swiftly on Wednesday.

A tribune with giant video screens had been set up on Moscow’s Red Square, with billboards proclaiming “Donetsk, Luhansk, Zaporizhzhia, Kherson – Russia!”

The Russian-backed separatist leader in Luhansk, Leonid Pasechnik, and the Russian-installed administrator in occupied Kherson, Vladimir Saldo, both said they had formally asked Putinto incorporate their territories into Russia.

The separatist leaders of Luhansk and Donetsk, which Russia had previously recognised as independent states together forming a region called the Donbas, were both due to travel to Moscow.

“Donbas is Russia – it was, it is and it will be,” Denis Pushilin, the leader of the self-proclaimed Donetsk People’s Republic, said before leaving.

To annex the territories some sort of treaty will be struck and ratified by the Russian parliament, which is controlled by Putin allies. The areas will then be seen as part of Russia and Moscow’s nuclear umbrella will extend to them.

Ukrainian President Volodymyr Zelenskiy has repeatedly said that “pseudo-referendums” on annexation by Russia would destroy any chance of peace talks.

WHAT WILL THE WEST DO?

– The West and Ukraine say Russia is violating international law by taking 15% of Ukrainian territory, whose post-Soviet borders Moscow recognised shortly after the fall of the Soviet Union.

The West could increase arms supplies to Kyiv, and tighten financial sanctions that are already the most severe imposed against a large economy in modern history.

– The areas that are being annexed are not all under control of Russian forces. So, from a Kremlin perspective, once they do become part of Russia, then fighting and a front line will run through Russian sovereign territory. That could prompt some sort of ultimatum from Russia to Ukraine and the West.

The Kremlin said on Wednesday its “special military operation” in Ukraine must continue at least until the capture of all of eastern Ukraine’s Donetsk region.

“It is necessary, as a minimum, to liberate the entire territory of the DPR,” Kremlin spokesman Dmitry Peskov said. 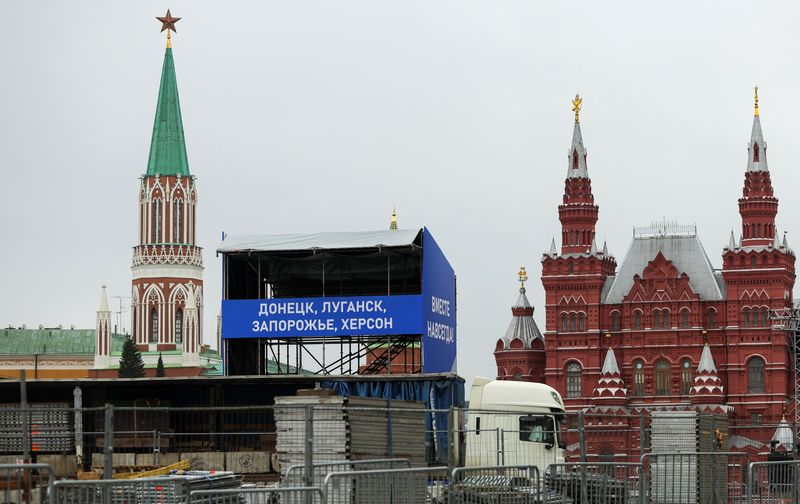 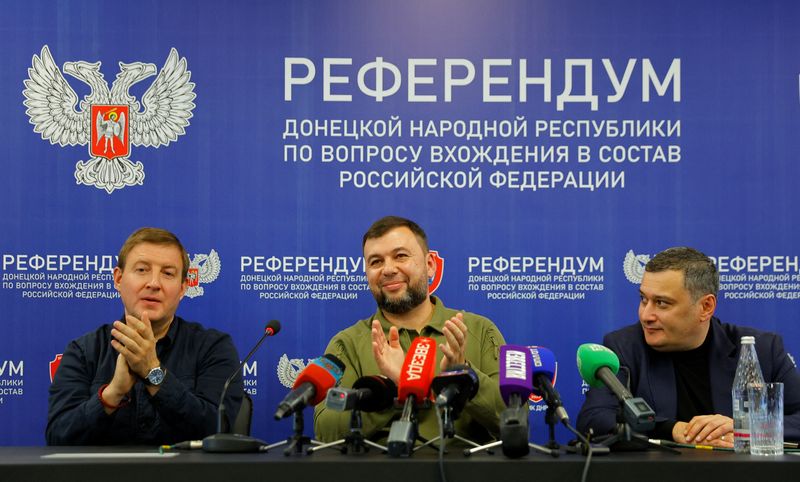