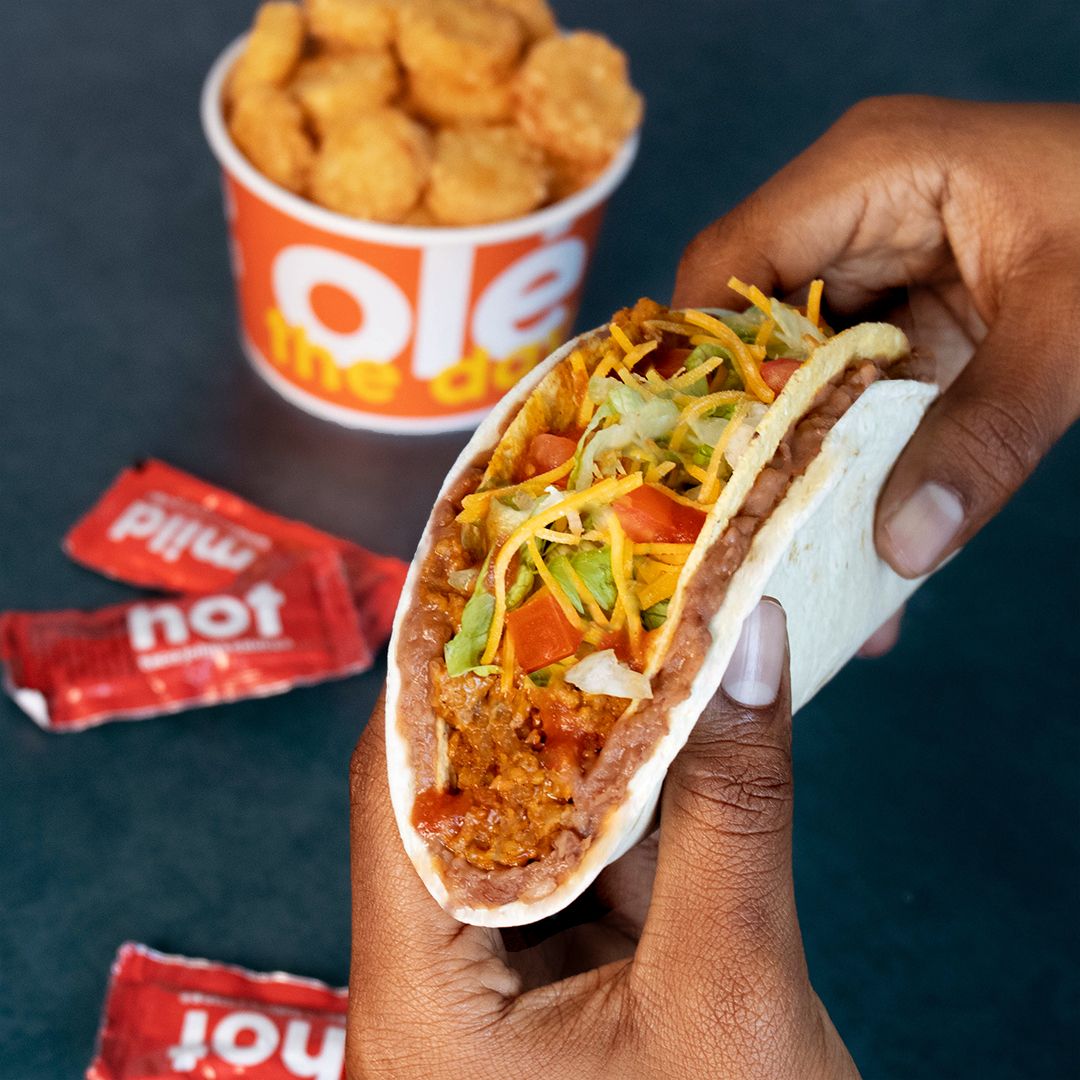 The Taco Bravo is the ultimate gamechanger, taking Taco John’s signature crispy beef taco and wrapping it with a warm soft flour tortilla smothered in creamy refried beans. It’s better than a game-winning home run and more fun than a touchdown celebration dance because it combines all your favorite ingredients into one delicious taco!

“At Taco John’s, we take Taco Tuesday so seriously that we trademarked the holiday,” said Taco John’s Chief Marketing Officer Barry Westrum. “This year, National Taco Day is falling on Taco Tuesday so we’re upping our game even more by giving each of our loyalty members a FREE Taco Bravo! Who can resist all that taco goodness? No one, that’s who – so everyone should sign up and become a loyalty member!”

With its fusion of distinctive flavors and south-of-the-border spices, the Taco John’s menu offers several signature items besides its Taco Bravo, including Meat & Potato Burritos, Stuffed Grilled Tacos and Potato Olés®. Taco John’s features its signature Taco Tuesday® and bold breakfast offerings that are a bang for your buck! Download the Taco John’s App and like Taco John’s Facebook page for exclusive deals.

Founded in 1969 in Cheyenne, Wyoming, Taco John’s® has been serving bigger. bolder. better. flavors for more than 50 years. Now, Taco John’s operates and franchises nearly 400 restaurants in 22 states – making it one of the largest Mexican quick-service restaurant brands in America. With bold originals like Potato Olés®, Taco John’s knows how to Olé The Day. Taco John’s prides itself on serving generous portions of its signature menu items that are made-to-order using fresh, high-quality ingredients, seasonings and sauces. The brand was listed No. 7 in the “Mexican Food” category on Entrepreneur’s “Top Food Franchises of 2022” and was recently recognized by QSR Magazine as a “Top 15 Chain Ready to Contend as Fast Food’s Top Players.” Taco John’s is led by CEO Jim Creel, who was named one of “The Most Influential Restaurant CEOs in the Country” by Nation’s Restaurant News in 2022. For more information, visit tacojohns.com and follow Taco John’s on Facebook, Instagram, Twitter and TikTok.