The forecast excludes the potential impact of a major hurricane striking the U.S. Gulf Coast, home of nearly half the nation’s oil refining. It also excludes unplanned refinery outages or a possible deep economic recession that cuts demand, analysts said.

Refiners will avoid a direct hit by Hurricane Ian, which is taking aim at Florida.

“Lower gasoline cracks have pulled refining margins down in recent weeks, but overall margins are still quite attractive,” said Matthew Blair, head of refining research at energy specialist Tudor Pickering Holt & Co. “We would expect 90% or higher barring a major hurricane,” he added.

Overall U.S. utilization – the amount of oil processed compared to a plant’s rated capacity – was above 92% and 93%, respectively, in the second and third quarters this year, he said. The first quarter averaged 89.5%.

Profit margins this year have been very strong, but have cooled with declines in gasoline consumption. The margin from selling diesel from a barrel of oil and replacing that barrel, called the diesel crack spread, this week was about $54 per barrel on the Gulf Coast, compared to about $12 a year ago, according to Refinitiv.

“Diesel margins will be higher, Auers said. “I think that will be pushing refining margins.”

However, exports of distillate, primarily diesel, soared to 1.76 million bpd in the week ended Sept. 16, from 579,000 bpd a year earlier. At the same time, inventories fell to 117.3 million barrels, down 12 million barrels from the same week a year ago.

“Refiners are worried about the distillate situation being at multi-year lows,” Yawger said. “They’re trying to make more distillate.”

Holding runs above 90% runs the risk of further eroding gasoline margins. About 46% of a barrel of oil is processed into gasoline and only 27% to diesel.

Diesel output could jump next year as Exxon completes a 250,000 bpd oil-processing expansion to its Beaumont, Texas, refinery. Offsetting that, LyondellBasell Industries’s plans to permanently close its 263,776 bpd Houston refinery by the end of 2023. 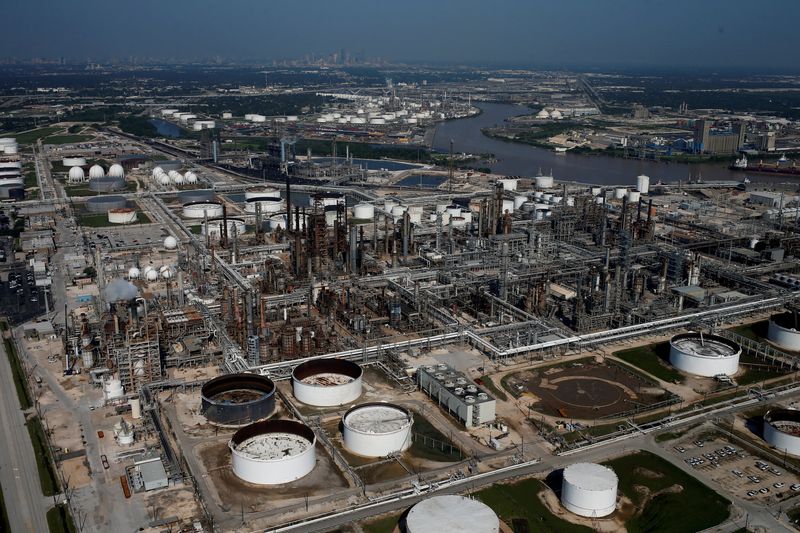 Colombia, U.S. to hold conference on migration in 2023