FRANKFURT (Reuters) – European Central Bank policymakers see no need to step in and buy more Italian government bonds via a new emergency scheme despite a rise in the country’s borrowing costs since a right-wing coalition won a general election, sources told Reuters.

Analysts have been speculating about whether the ECB would activate its Transmission Protection Instrument (TPI) to stem a rise in Italian bond yields and spreads driven by concerns about public finances under a new government promising lower taxes.

But four sources close to ECB decision makers said they saw no need to activate TPI because the market reactions did not appear “disorderly” or “unwarranted” – two key conditions for activating the scheme.

They said investors were reacting to political uncertainty and that the ECB, the central bank for the 19 countries that use the euro currency, would need to see what the new government’s policies are before deciding on any intervention.

Giorgia Meloni, set to become Italy’s first female prime minister, has pledged not to take risks with its fragile finances and to stick to European Union budget rules. Her coalition partner Matteo Salvini, however, has called for an increase in the deficit.

The new government, which is likely to be led by Meloni, will not take office for another month or even longer.

That uncertainty and the prospect of tighter monetary policy from the ECB, which is trying to rein in record-high inflation, has pushed Italy’s 10-year bond yield to its highest level in nearly 10 years at 4.927%.

The spread, or risk premium, over German debt edged above 250 basis points, the level at which the ECB stepped in last summer. It then said it would use proceeds from its existing holdings, or even use freshly minted money under what later became known as TPI, to calm any turmoil in the bond market.

But TPI requires that a country is hit by a market rout through no fault of its own. More specifically, countries must respect the European Union’s economic prescriptions, have a sustainable public debt and not show any macroeconomic imbalances.

Asked about Italy earlier this week, ECB President Christine Lagarde said the scheme would not be used to buy the bonds of countries that make “policy errors” – without singling any out.

JPMorgan economist Marco Protopapa said the ECB might activate TPI if the Italian 10-year yield rose above 5.25% or the spread between that yield and Germany’s exceeded 300 basis points – but this could change along with political, inflation and growth developments.

“We stress that the state contingency of threshold levels is a key feature that requires constant scrutiny,” Protopapa said. “For instance, it is not difficult to imagine much lower levels in the case of a deep downturn.”

The ECB can also use proceeds from its Pandemic Emergency Purchase Programme to buy bonds from indebted countries like Italy above their designated quotas if needed. 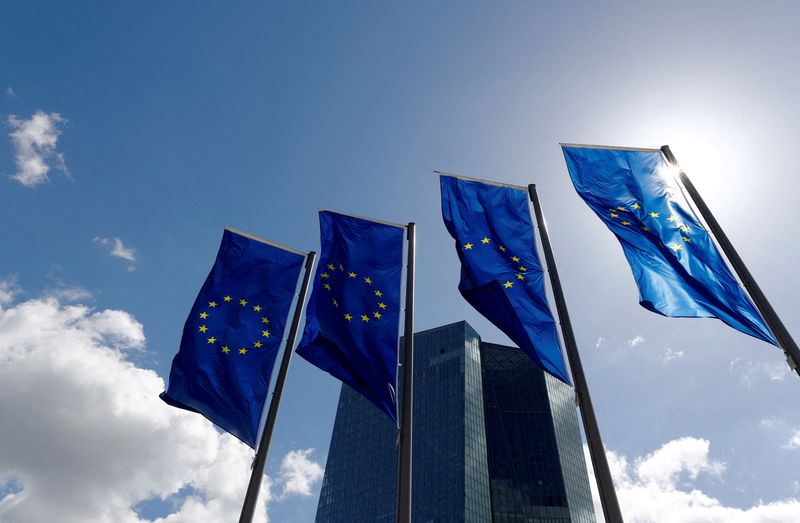