By Brad Brooks and Brendan O’Brien

VENICE, Fla. (Reuters) -Hurricane Ian plowed into Florida’s Gulf Coast with catastrophic force on Wednesday, unleashing howling winds, torrential rains and a treacherous surge of ocean surf that made it one of the most powerful U.S. storms in recent years.

Crashing ashore as a Category 4 hurricane with sustained winds of up to 150 miles per hour (241 kph), Ian quickly transformed an idyllic stretch of sandy beaches and coastal towns into a disaster zone inundated by seawater.

Early video images of the storm’s fury on local TV and social media showed floodwaters sweeping away cars, nearly reaching rooftops in some communities and the ruins of homes as palm trees were bent almost in half.

Up to 30 inches (76 cm) of rain is forecast to fall on parts of central Florida as the storm moves inland, threatening to cause extensive flash floods. Nearly 2 million homes and businesses statewide were without power as of an hour before sunset, utilities reported.

“This storm is doing a number on the state of Florida,” said Governor Ron DeSantis, who asked U.S. President Joe Biden to approve a major federal disaster declaration providing a wide range of U.S. emergency aid to the entire state.

U.S. border authorities said 20 Cuban migrants were missing after their boat sank off the Florida coast as Ian neared the coast on Wednesday.

There were no immediate official reports of other storm-related casualties.

An unknown number of people were stranded in “high-risk” evacuation zones and in need of help after defying orders to seek higher ground, but rescue crews were unable to immediately reach them, the governor said.

Having swept past Cuba on Tuesday, leaving it without power for hours, Ian made landfall in Florida at 3:05 p.m. EDT (1905 GMT) on Wednesday near Cayo Costa, a barrier island just west of Fort Myers, the U.S. National Hurricane Center (NHC) reported.

The storm’s peak wind speeds put it just shy of a Category 5 designation on the Saffir-Simpson scale, the maximum classification.

Ian then churned ashore on Florida’s mainland, south of the harborside town of Punta Gorda, with slightly diminished winds topping out at 145 mph.

DeSantis said Ian had generated life-threatening storm surges – waves of wind-driven seawater rushing in along the coast – of up to 12 feet (3.7 meters) in some places. Forecasters also warned of intense thunderstorms and possible tornadoes.

“This is a storm that we will talk about for many years to come, an historic event,” said Ken Graham, director of the National Weather Service.

The sprawling, slow-moving storm pushed farther inland as darkness fell, and within six hours of landfall was downgraded to Category 2, with top sustained winds of 105 mph (170 kmh), the NHC reported.

Further weakening was forecast over the next day or so as Ian crosses the Florida peninsula on a northeasterly track, expected to reach the Atlantic Coast on Thursday afternoon.

The region around the landfall is home to miles of sandy beaches, scores of resort hotels and numerous mobile home parks, a favorite with retirees and vacationers alike.

The town of Fort Myers Beach was nearly submerged by floodwaters. A view of Sanibel Island posted on Twitter showed the ocean sweeping over a seawall into a resort hotel’s swimming pool. Other video from the island showed roads inundated by the storm surge, rising to the tops of street signs.

In terms of its sustained wind speeds, which peaked at 155 mph before landfall, Ian ranks as one of the most ferocious hurricanes to strike the U.S. mainland in recent years. By comparison, Hurricane Michael came ashore in Florida’s panhandle in 2018 with steady winds of 155 mph, while Ida last year packed sustained winds of 150 mph when it landed in Louisiana.

TO STAY OR GO

Even as Ian lashed the coast in the final hours before it swept ashore, authorities warned residents it was too late for anyone who had yet to evacuate to safely do so.

Earlier this week, more than 2.5 million residents had been told to evacuate. Doug Coe of Venice was one of those who chose to ignore warnings and stay put.

“I’m staying vigilant, but trying not to worry,” he said.

Most residents abandoned the area’s mobile home parks, taking refuge in local schools and other facilities converted to emergency shelters. The area’s numerous assisted-living facilities were mostly evacuated, too.

Climate change is making hurricanes wetter, windier and more intense. There is also evidence that it is causing storms to travel more slowly, meaning they can dump more rain in one place, scientists say.

The worst hurricanes in Florida’s history as Ian takes aim

How climate change is fueling hurricanes 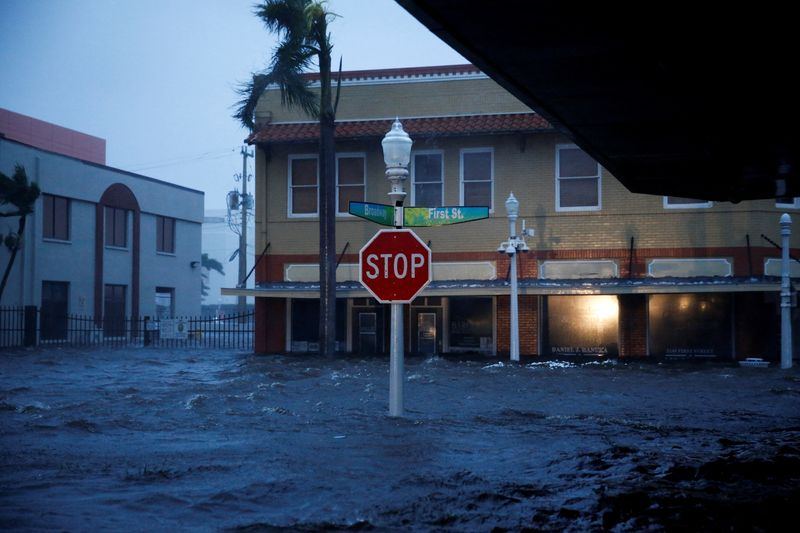 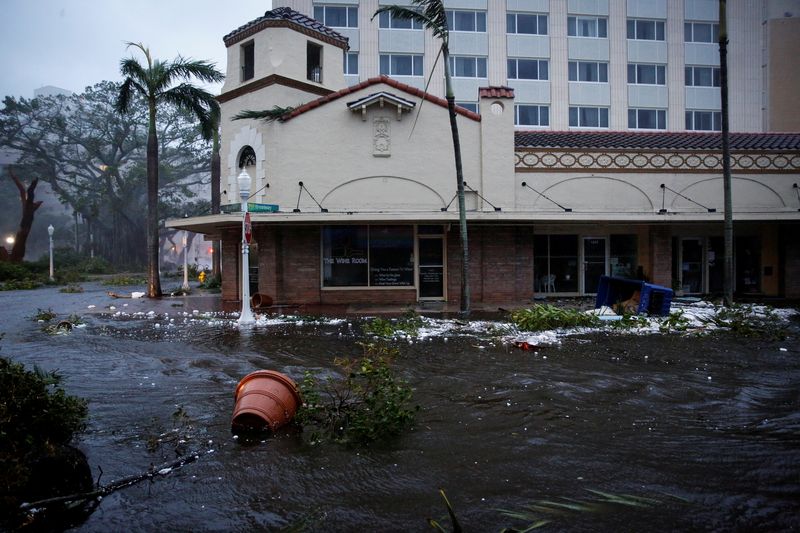 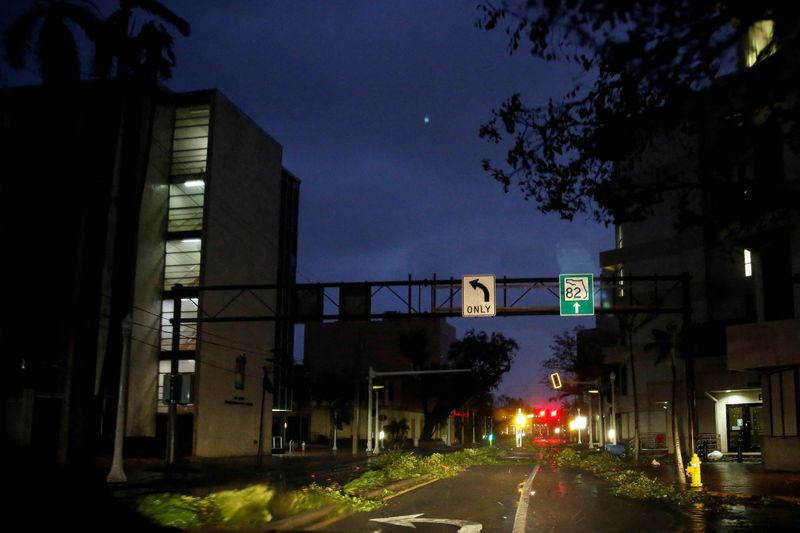 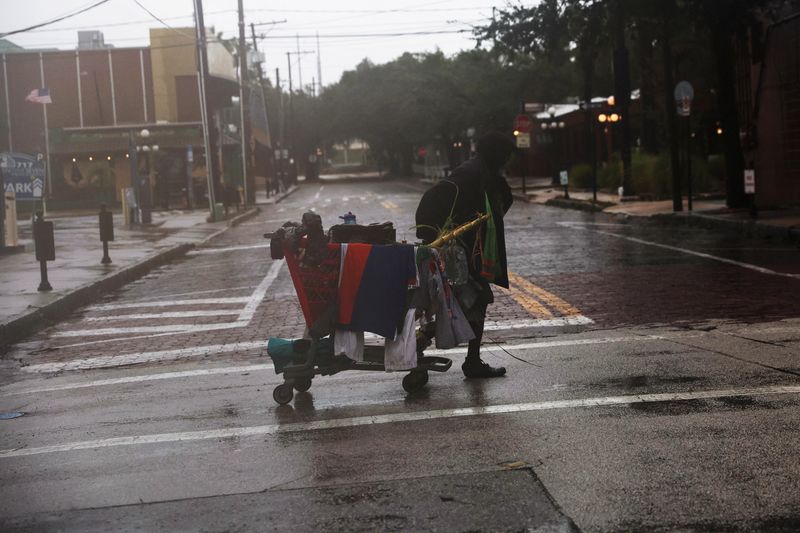 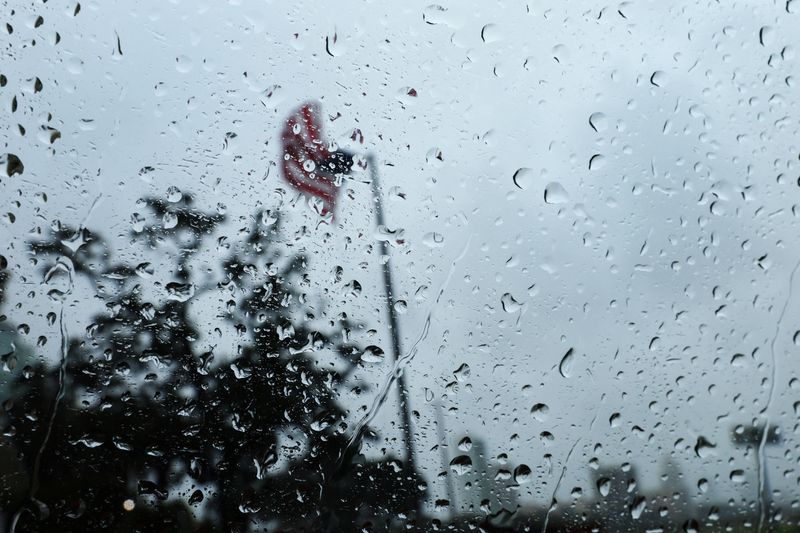 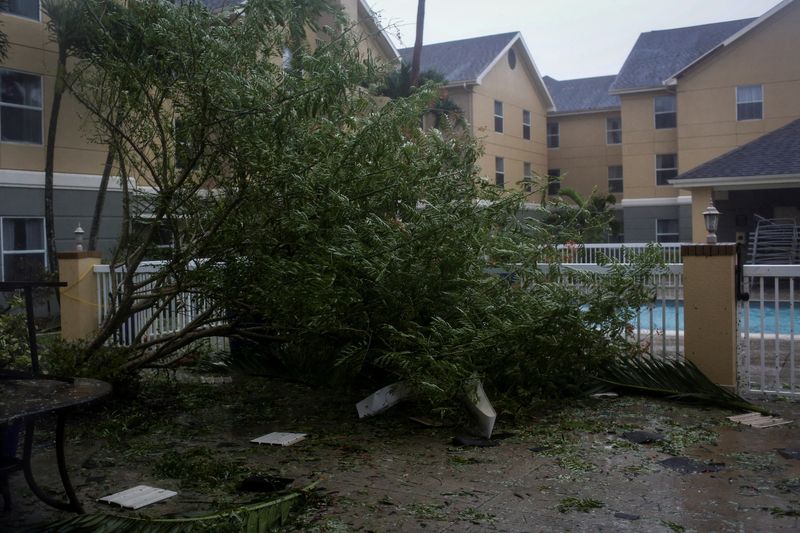