NEW YORK (Reuters) – A Singapore-style hawker center has opened in New York for the first time, bringing flavors from the Southeast Asian island’s mix of Malay, Chinese, Indian and other cultures to an American food court.

“I came across Singaporeans who had been living in the United States in New York for like 20, 30, 35 years, and they still miss Singapore food,” said Seetoh.

“Street food in Singapore is not something you burn or deep fry. It’s fairly complex. They take six hours just to prepare a meal to get it ready at 10 a.m. or 11 a.m.”

The idea for the food hall was born when Seetoh met late U.S. celebrity chef Anthony Bourdain in 2013 in Singapore at a street food event. Bourdain was enthusiastic about the idea of a New York hawker market.

“The amazing thing about him saying yes was that he’s never been to Singapore,” Seetoh said.

Seetoh hopes that this hawker center will be the first of many in the country.

“It’s just like exporting grandmother’s deliciousness, the food that I grew up with,” he said.

“Food was good but something was missing without plastic plates, cutlery, and sweltering heat,” said Magdalene Sim, a Singaporean, on social media. “The queues were the same though.”

Customer Julie Lee, on her third visit, raved about Hainan Jones’ chicken over rice. “Everyone should give it a try. So much flavor, so tender,” she said. 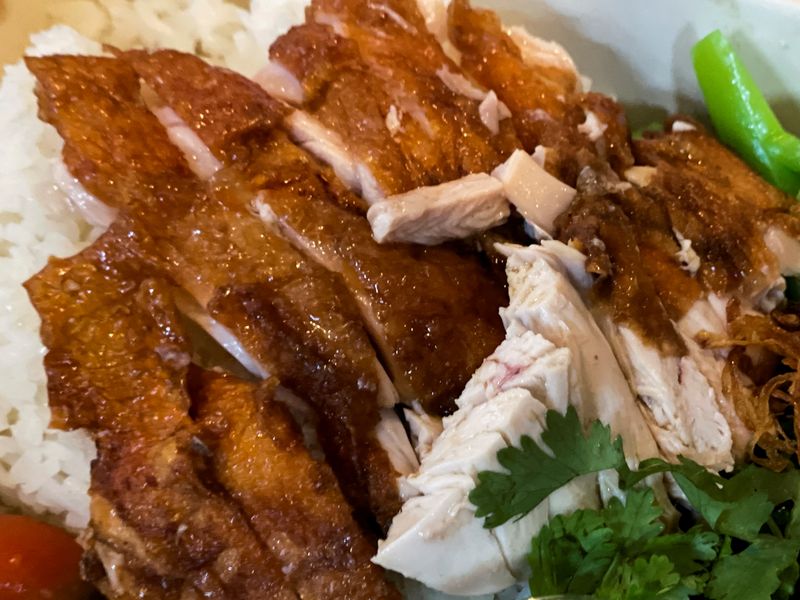 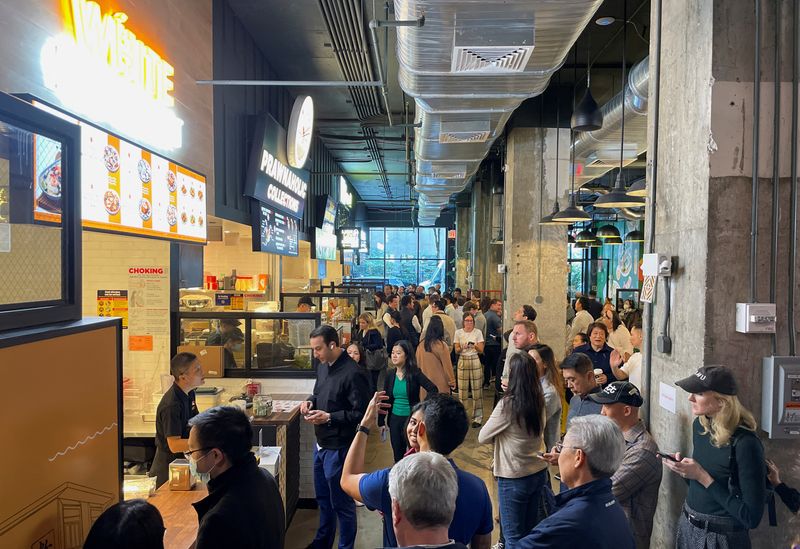 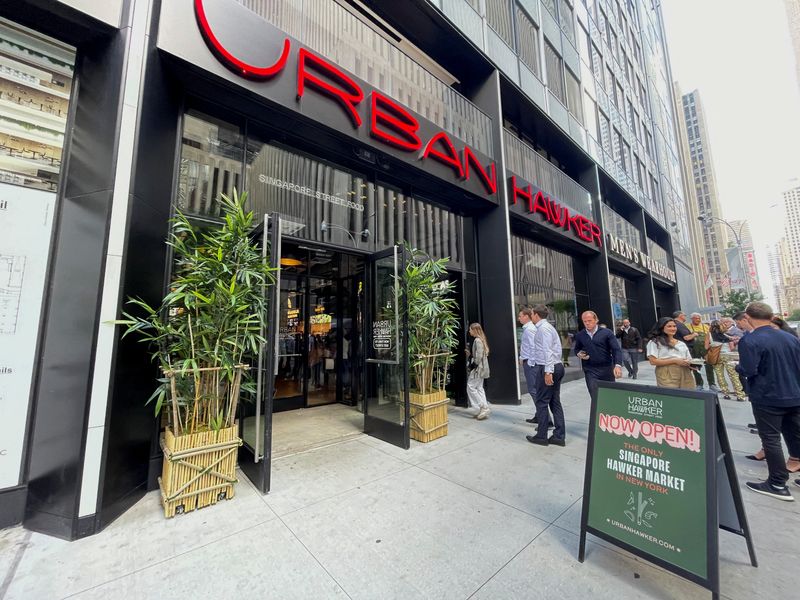 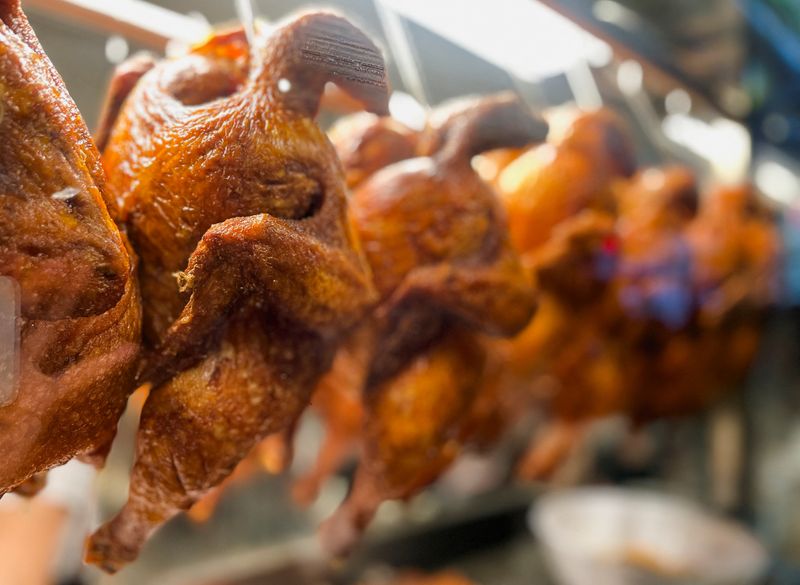 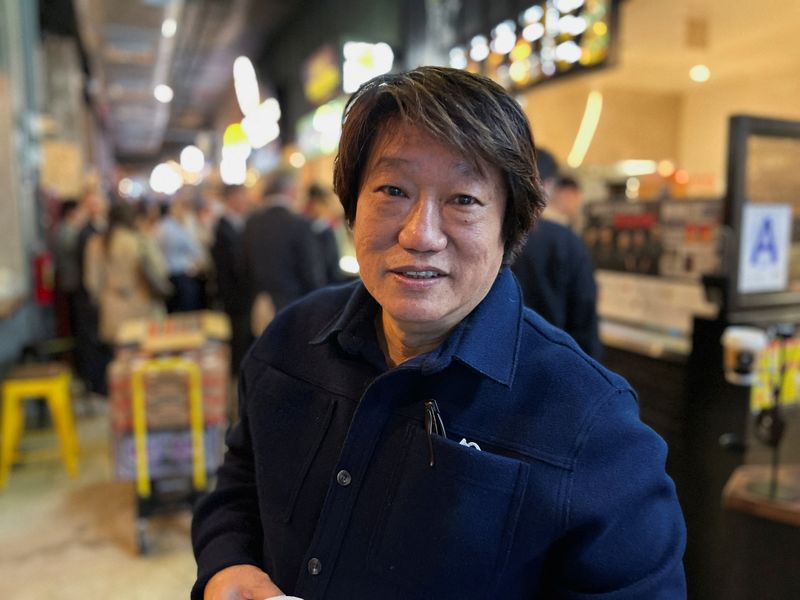