STOCKHOLM (Reuters) -Sweden’s central bank must act robustly to get inflation under control or rising prices could become entrenched, rate-setters said in the minutes of the bank’s most recent policy meeting, published on Thursday.

As late as February this year, the Riksbank was forecasting that rates – then at 0% – would not rise until the second half of 2024. But surging prices across the economy have caused a dramatic shift in policy.

Headline inflation hit 9.0% in August – a 30-year high – prompting the Riksbank into its biggest one-off hike since 1992, when the country was in the grips of a withering domestic financial crisis.

“To safeguard credibility in the inflation target, monetary policy needs to have full focus on bringing inflation back to the target within a reasonable time,” Governor Stefan Ingves, who is set to leave the bank at year-end, said in the minutes.

At its most recent meeting, the Riksbank hiked its benchmark rate by a full percentage point to 1.75%, with further hikes likely in November and then again in February next year.

The Riksbank expects the policy rate to hit 2.5% in the second quarter of next year.

“We stick to our view that the Riksbank will hike the policy rate by 75bp in November and 25bp in February,” Swedbank said in a note. “However, we notice signs of an increasing divergence within the board.”

While rate-setters were united on the need for tighter policy, the central bank faces a tough balancing act.

The economy is already expected to shrink next year and further rate hikes will increase mortgage costs for households already struggling with energy bills that are double what many are used to.

Consumer confidence is already at rock bottom and house prices are falling.

Price increases, however, have proven broader and more persistent than the Riksbank has expected.

Not doing enough now risks “even higher rate rises being required later on”, Deputy Governor Anna Breman said, but added: “Too much tightening would instead risk leading to a deep and prolonged recession, creating difficulties in maintaining the inflation target in the medium to long run.”

“I can also imagine scenarios in which it is appropriate to keep the rate unchanged at the next monetary policy meeting.”

Markets are betting that persistently high inflation will force the Riksbank to be more aggressive than its current plans, with the policy rate seen topping out at around 3.5% by the middle of next year.

The crown currency, which has lost 7% of its value against the euro this year, strengthened slightly after the minutes were published. 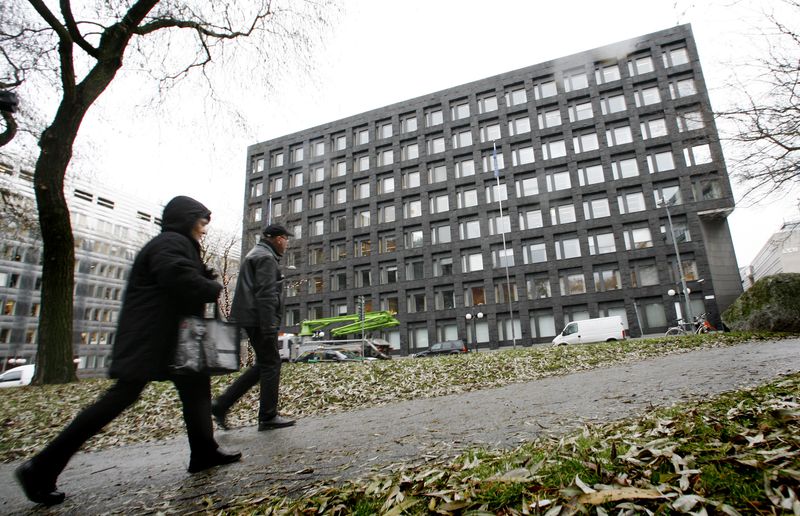