WASHINGTON (Reuters) -The U.S. Senate on Thursday passed a bill to fund federal government activities through Dec. 16, as Congress moved to stave off a partial government shutdown at midnight on Friday, when the new fiscal year begins.

The 72-25 vote sent the stopgap funding bill on to the House of Representatives, which is expected to act before the deadline to keep open federal agencies that otherwise would be forced to shut down on Saturday.

Both chambers of Congress must approve the legislation before it can be sent to the White House for President Joe Biden’s signature.

A government shutdown would prove embarrassing for Democrats who control the House, Senate and White House, just six weeks before the Nov. 8 midterm elections, when control of Congress will be at stake.

“I’m glad we came to a timely conclusion and didn’t go right up to the brink and risk a shutdown. Millions and millions of people can breathe easy,” Senate Majority Leader Chuck Schumer said just before the vote.

In addition to money for federal agencies, the funding bill includes $12.3 billion in new money to help Ukraine turn back Russia’s invasion. The aid includes both military and economic assistance.

The bill also authorizes Biden to direct the drawdown of up to $3.7 billion for the transfer to Ukraine of excess weapons from U.S. stocks.

Amid reports of Russian forces threatening the safety of Ukraine’s nuclear power plants and Russian President Vladimir Putin hinting he might use nuclear weapons against Ukraine, the legislation would appropriate $35 million “to prepare for and respond to potential nuclear and radiological incidents in Ukraine,” according to a bill summary.

The stopgap bill also includes a five-year renewal of Food and Drug Administration user fees being collected from drug and medical device companies to review their products and determine whether they are safe and effective, the bill summary showed.

The law authorizing the collection of fees expires on Friday.

The last time Congress allowed funding to lapse was in December 2018, when Democrats balked at paying for then-President Donald Trump’s U.S.-Mexico border wall, leading to a record, 35-day impasse and partial government shutdown. 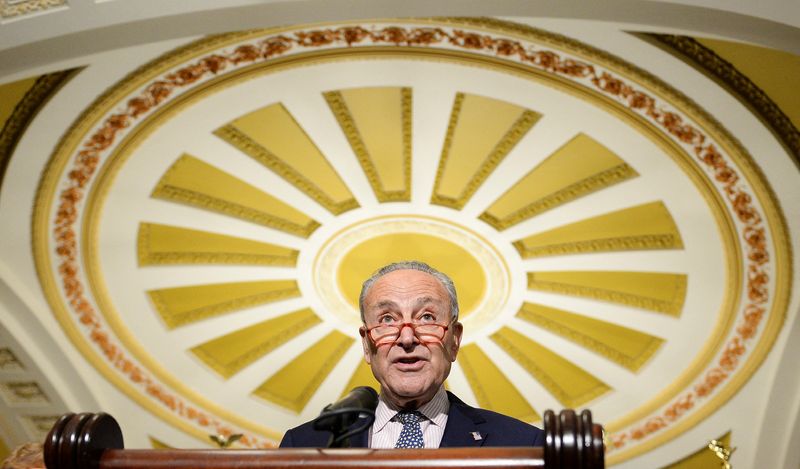 Kremlin appears to scale back its ambitions in Ukraine

Kremlin appears to scale back its ambitions in Ukraine