WASHINGTON (Reuters) – The U.S. Senate will hold a vote at 1:45 p.m. (1745 GMT) on passing a bill extending government funding through Dec. 16 and avoiding partial government shutdowns that otherwise would begin on Saturday when existing funds expire.

Senate Majority Leader Chuck Schumer announced the vote. Passage in the Senate would send the bill to the House of Representatives for action before the midnight Friday deadline. 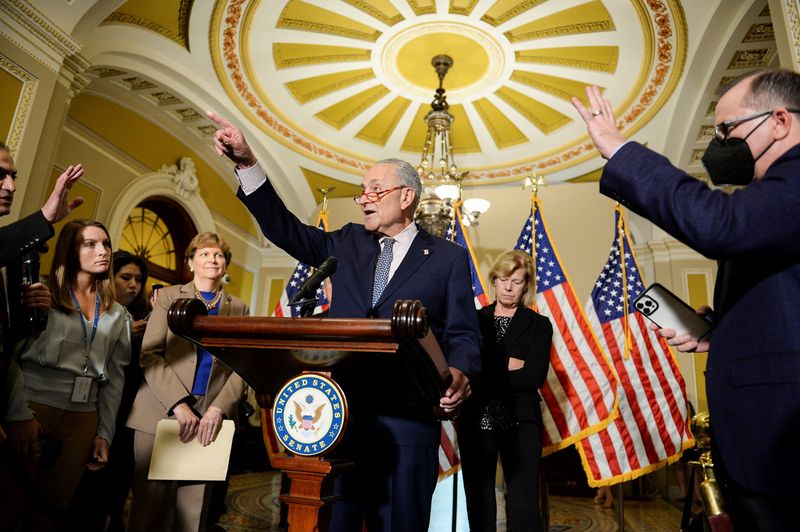