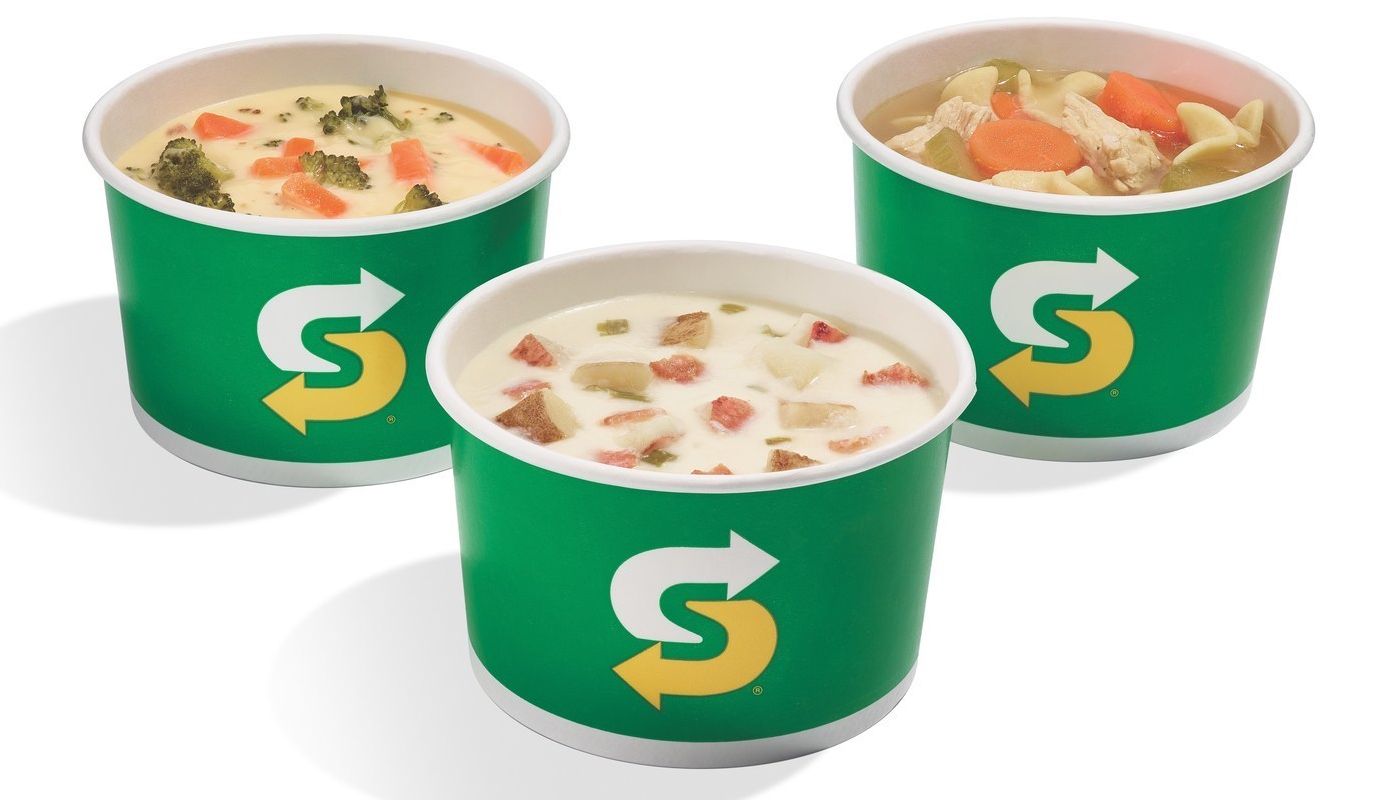 Milford, CT  (PRESS RELEASE)  Subway® restaurants today announced the official start of Soup Season – despite what the thermometer says – by unveiling a lineup of refreshed soups and a special weekend-only soup promotion that begins in October.

It’s been a summer of record heat and people are ready for fall and soup weather. Regardless of weather experts’ predictions of above-average fall temperatures across the country, Subway is helping guests get their soup fix with ‘Souped Up’ weekends in October with $1 off its refreshed lineup of soups. The offer is available starting Friday, October 7, and exclusive to guests with a Subway account who have opted into email. New accounts must opt into email 72 hours in advance to receive the offer.

Subway’s new soups turn up the texture and flavor of one of its most popular sides – now creamier, richer and heartier and includes:

“We’ve stepped up our soup at Subway, with three refreshed recipes that will have our guests dreaming of sweater weather after their first sip,” said Paul Fabre, Senior Vice President of Culinary and Innovation at Subway. “The Subway culinary team spent more than a year in our test kitchen tweaking our recipes to pack even more flavor into our fan-favorite side, and we can’t wait for America to taste the difference.”

To celebrate the official start to Soup Season and escape unusually warm fall weather, Subway is sampling its three new soups inside an immersive cold weather experience in New York City, at Gansevoort Plaza on the High Line (820 Washington Street, New York, NY 10014). On October 5, from 1:00 p.m. – 5:00 p.m., step inside a climate-controlled and cozy Subway igloo to indulge in a flight of all three soups, and chill out inside an interactive snow globe and indoor fireplace.

Subway’s refreshed lineup of soups are the latest update in the brand’s Eat Fresh® Refresh transformation journey that kicked off last summer with more than 20 new and refreshed ingredients added to its menu. The journey continued with the launch of the new Subway Series earlier this summer, a lineup of 12 all new signature sandwiches ordered by name or number – the most significant menu update in Subway’s nearly 60-year history.

As one of the world’s largest quick service restaurant brands, Subway serves freshly made-to-order sandwiches, wraps, salads and bowls to millions of guests, across more than 100 countries in more than 37,000 restaurants every day. Subway restaurants are owned and operated by Subway® franchisees – a network that includes more than 20,000 dedicated entrepreneurs and small business owners – who are committed to delivering the best guest experience possible in their local communities.