The German plan, which includes a gas price brake and a cut in sales tax for the fuel, came as gas and electricity costs jumped, caused largely by a collapse in Russian gas supplies to Europe, which Moscow has blamed on Western sanctions following its invasion of Ukraine in February.

“I have taken note of Germany’s 200 billion euro plan to tackle energy-price surge — which we will carefully review,” Breton said in a tweet.

He called for vigilance to safeguard the level playing field in the 27-country bloc and suggested other EU countries may need help to tackle the energy crisis.

“While Germany can afford to borrow 200 billion euros on financial markets, some other EU Member States cannot,” Breton tweeted. “We need to reflect urgently on how to offer Member States — which do not have this fiscal room for manoeuvre — the possibility of supporting their industries & businesses.” 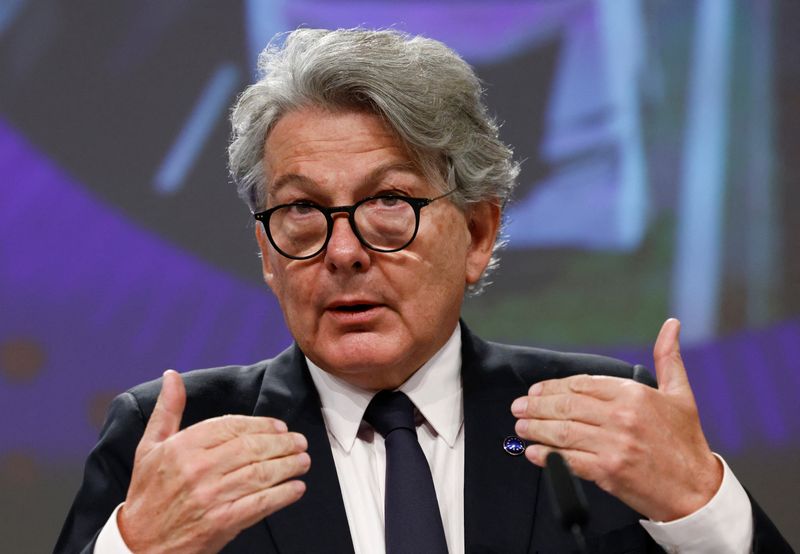