ISLAMABAD (Reuters) – Concerns are rising again over the health of Pakistan’s economy as foreign reserves run low, the local currency weakens and inflation stands at decades-high levels despite the resumption of an International Monetary Fund funding programme in August.

The IMF programme was meant to stabilise an economy that has been in a tailspin for months. The nuclear-armed country has suffered from external shocks like other developing nations heavily reliant on imports of oil, gas and other commodities.

But then Pakistan was hit by major floods in late August that killed more than 1,500 people and caused billions of dollars worth of damage, heaping even more pressure on its finances.

WHAT ARE THE CONCERNS?

The biggest worries centre around Pakistan’s ability to pay for imports such as energy and food and to meet sovereign debt obligations abroad.

Before the floods hit, external financing needs for the 2022-23 financial year (July-June) were estimated at $33.5 billion, according the central bank.

That figure was to have been met on the back of a challenging target of almost halving the current account deficit and debt rollovers from friendly countries.

The floods have changed projections. Exports are expected to slump and imports to grow to make up for essential commodities lost in the flooding of millions of hectares of farmland.

Foreign exchange reserves with the central bank stand at $8 billion and commercial banks hold another $5.7 billion. That covers imports for barely a month, despite IMF funding.

Pakistan’s rupee has weakened 20% since the start of the year and hit its weakest level on record in August, reflecting both the country’s fragile financial situation as well as the strong dollar itself.

The decline in the currency is pushing up the cost of imports, borrowing and debt servicing, and in turn will further exacerbate inflation running already at a multi-decade high of 27.3%.

WHY ARE MARKETS SPOOKED?

Global bond markets reacted sharply. The government clarified it was only seeking relief from bilateral creditors, and would meet private debt obligations.

The economic situation is not the only concern. Pakistan is in the grip of political instability, and the government faces a popular opposition leader – former Prime Minister Imran Khan – in an election in 12 months.

A pro-reform finance minister has been replaced with a reputed interventionist, Ishaq Dar. Moments after being sworn in, he spoke about reducing interest rates, curbing inflation and strengthening the rupee.

The main policy interest rate is at 15%, well below inflation of 27% and projections of an average of around 20% for the year.

WHAT ARE PAKISTAN’S OPTIONS?

Immediate solutions include financing and compressing demand for imports, but needs are rising after the floods.

However, with investors demanding a 26 percentage point premium to hold Pakistan’s international bonds over safe-haven U.S. Treasuries, Pakistan is locked out of international capital markets.

There have been some indications the next IMF disbursement could be quicker and front-loaded to help Pakistan combat the floods, but the programme runs out mid-2023.

The government says it expects increased financing from other multilateral lenders.

Saudi Arabia, United Arab Emirates and Qatar had pledged some $5 billion in investments. That would boost both finances and confidence.

Pakistan is talking to bilateral debt holders, including the Paris Club, to restructure payments. But China is the key, holding nearly $30 billion of Pakistan’s debt, including loans by its state-owned banks.

Pakistan has never defaulted on external debt obligations. The central bank chief and the former finance minister have stressed that it was not facing imminent default.

The government needs to pay $1 billion on bonds maturing in December. It has interest payments worth around $600 million for the 2022-23 fiscal year but the next full bond redemption is not until April 2024.

All major credit ratings agencies have lowered their outlook since June – all rate the country as highly speculative and risky. Pakistani officials have said the country will be able to meet short-term repayments.

Another South Asian country, Sri Lanka, has defaulted on its debt and the president and government have been toppled in widespread protests caused by the economic crisis.

Pakistani officials say there are big differences between Pakistan and much smaller Sri Lanka, which had also not defaulted in modern times before the current crisis.

HOW DID PAKISTAN GET HERE?

The crisis has been fuelled by political turmoil and external shocks from the global commodity crunch.

Typically, a third of Pakistan’s import payments relate to energy. In the last financial year, petroleum group imports, including LNG, more than doubled to $23.3 billion from a year earlier, according to the statistics bureau.

Most of its electricity is produced using LNG, prices of which remain elevated and which will be in shorter supply with the winter approaching.

Higher energy bills propelled Pakistan’s current account deficit to over $17 billion – close to 5% of GDP – in the last financial year, six times higher than 2020-21, despite record high remittances from abroad.

An overheating economy also contributed to the widening deficit. Imports rose 42% to a record $80 billion in the last financial year; exports also hit a record of nearly $32 billion but grew 25%.

Pakistan, a country of around 220 million people with a $350 billion economy, has long struggled with its external accounts, and the IMF has bailed it out over 20 times since 1958.

Since independence in 1947, Pakistan has seen military coups, wars with India, Islamist insurgencies, the influx of millions of refugees from Afghanistan and mis-governance, all of which have undermined long-term policymaking.

Pakistan has limited industrial production capacity and failed to develop ways of substituting imports during times of economic expansion, leaving it vulnerable to external shocks. 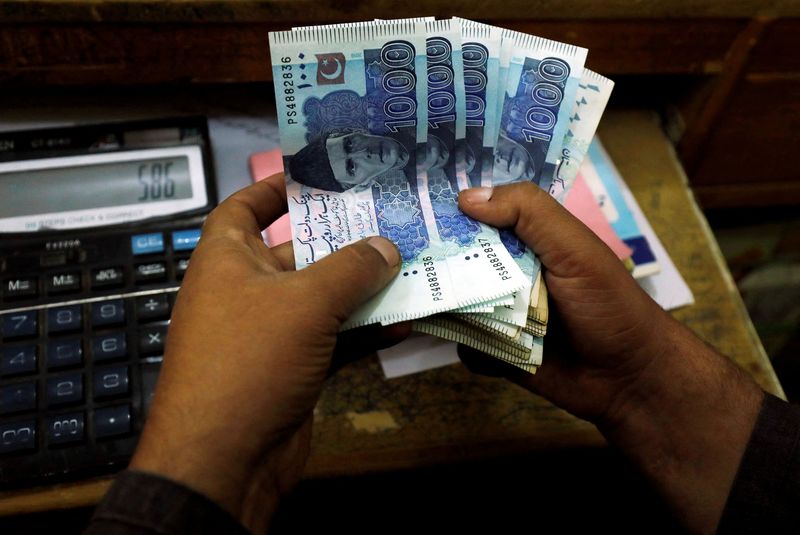