SINGAPORE (Reuters) – Singapore has unveiled a package of measures for the property market, including tightening lending limits for housing loans in response to a rise in interest rates, as well as new steps to moderate demand.

The move would ensure “prudent borrowing” and “avoid future difficulties” in servicing home loans, said Singapore’s central bank, the Ministry of National Development and the Housing & Development Board in a joint statement late on Thursday.

The measures – including lowering the amount of government loans available to buy public housing by 5 percentage points – were announced late on Thursday and came into effect from Friday.

The interest rate floor used in bank loan calculations has also been raised, reducing the amount of lending a person can obtain in relation to their income level when buying from either the public or private property market.

OCBC economist Selena Ling said the steps should “dampen any exuberance and slow the pace of price appreciation”.

The measures would have less impact on foreign investors as they are more attuned to the global interest rate situation or less dependent on loans, Ling said.

Analysts expect the measures to slow property price growth in the fourth quarter.

The government implemented a broad package of cooling measures last December, but there was still a “clear upward momentum” in public housing prices which increased by more than 5% since then to the end of the second quarter this year, the authorities said in the statement.

The higher prices of apartments in Singapore, where real estate is viewed as a safe-harbour investment, have been exacerbated by COVID-19-related construction delays creating a shortage of new units.

Authorities said in Thursday’s statement that interest rates had risen significantly and are likely to go up further.

“We urge households to exercise prudence before taking up any new loans, and be sure of their debt-servicing ability before making long-term financial commitments.”

Share prices of major developers in Singapore like City Developments, GuocoLand and Frasers Property, fell more than 1.5% on Friday following the new measures, compared with a 0.4% drop in the broader market.

Singapore’s monthly inflation rate has remained elevated in recent months, and economists widely expect the central bank to tighten policy at its scheduled review next month. 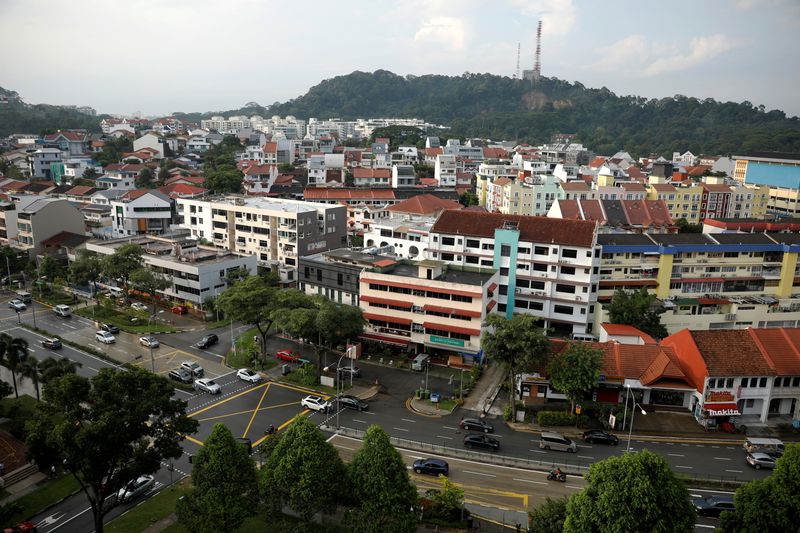