The 10,600-tonne Yu Shan, named after Taiwan’s tallest mountain, is the latest development in Tsai’s ambitious programme to modernise the armed forces amid increased pressure from China, which claims the island as its own.

Speaking at the delivery ceremony in the southern port city of Kaohsiung, Tsai said the ship was a testament to Taiwan’s efforts to boost production of its own warships and achieve the goal of “national defence autonomy”.

“When it comes to China’s military threats, only by strengthening our self-defence capabilities can there be true peace,” she said. “It is our constant policy and determination to implement national defence autonomy so that the military has the best equipment to defend the country.”

China carried out war games near Taiwan last month to show its anger at a visit to Taipei by U.S. House Speaker Nancy Pelosi, and Chinese military activity has continued though at a much reduced tempo.

Built by state-backed CSBC Corporation Taiwan, the ship is armed with a cannon for use against air and surface targets, anti-aircraft missiles and rapid-fire Phalanx close-in anti-aircraft and anti-missile guns.

CSBC Chairman Cheng Wen-lung said as well as being an amphibious warfare vessel, with space for landing craft and helicopters, it will assume the “main transport role” for the South China Sea and offshore Taiwanese islands that lie close to the Chinese coast, long considered easy targets for China in the event of war.

Though the United States is Taiwan’s most important international arms supplier, Tsai has bolstered the domestic arms industry to try to make Taiwan as self-sufficient as possible.

Although Taiwan’s air force has benefited from big-ticket items such as new and upgraded F-16s, the navy is another of Tsai’s focuses, with submarines in production and a launch in 2020 of the first of a fleet of highly manoeuvrable stealth corvettes. 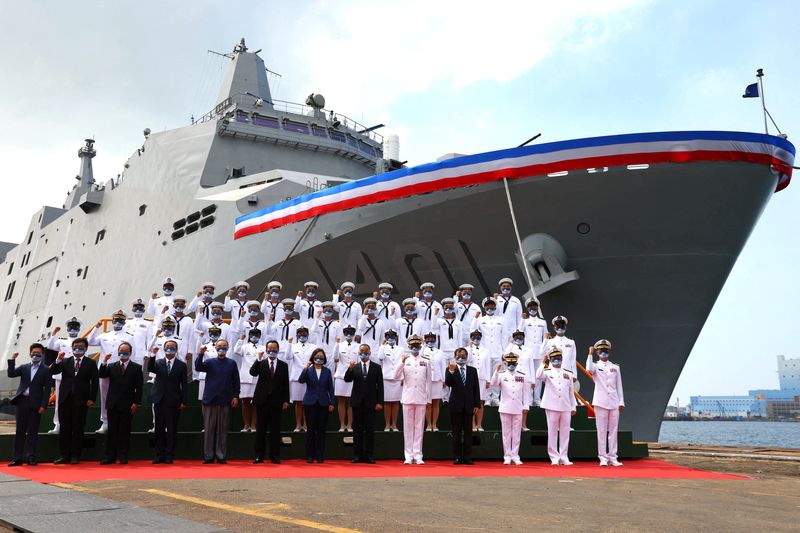 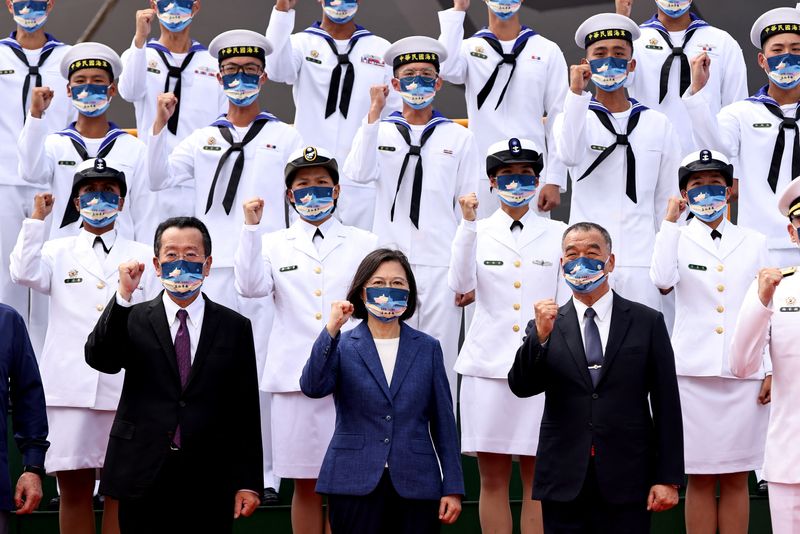 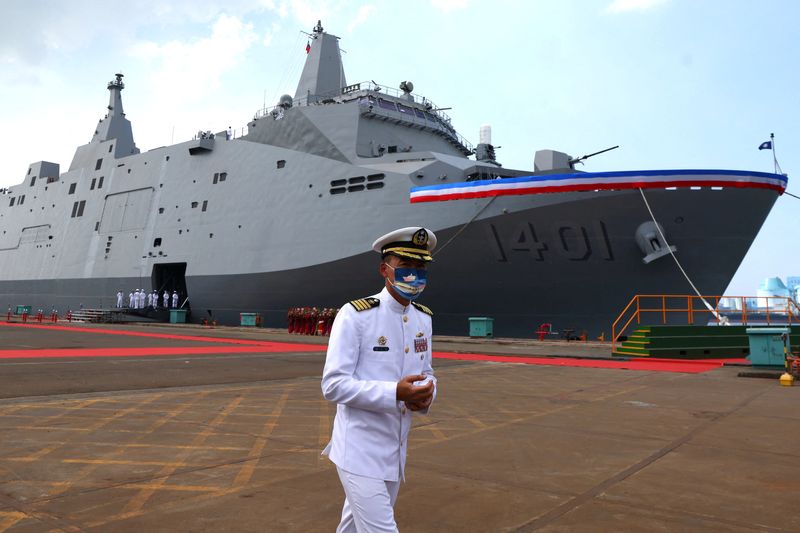 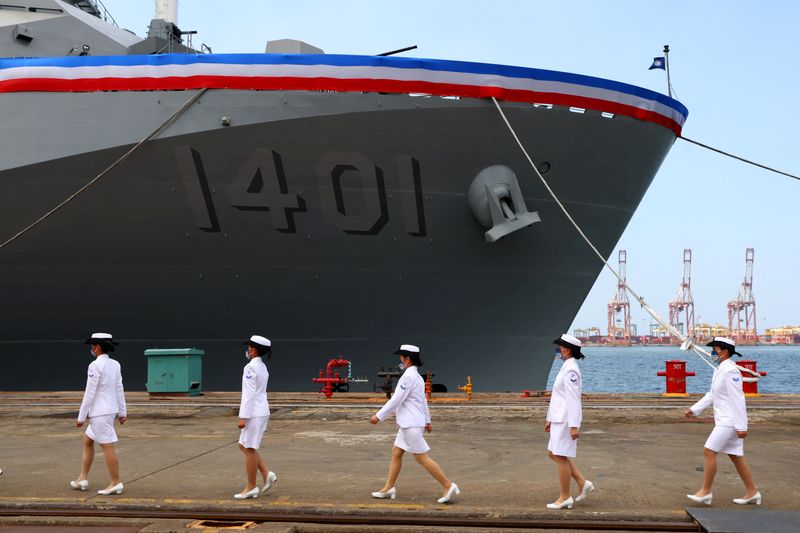 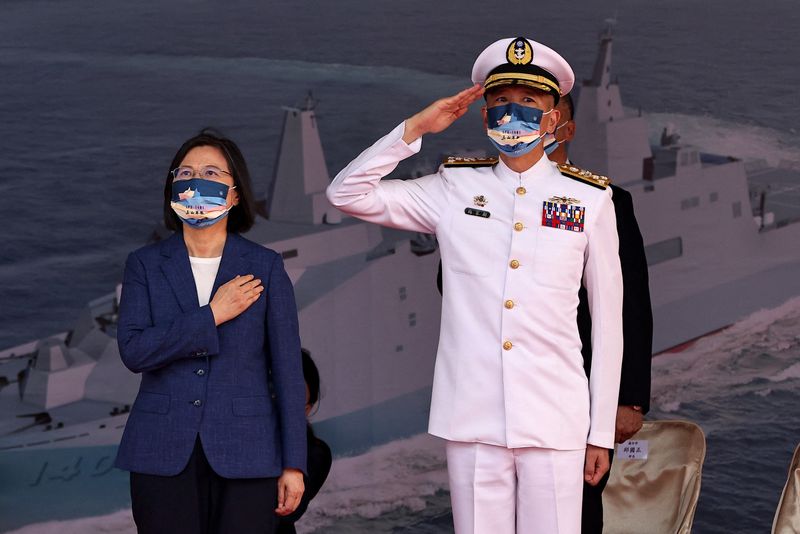