TOKYO (Reuters) -Toshiba Corp said on Friday it had received multiple in-depth written indications of interest from potential partners in a second bidding round for strategic alternatives.

The written indications of interest included some that were legally binding and they varied in their degree of completeness, the Japanese conglomerate said in a statement.

Toshiba would engage with the bidders “over the coming months” but did not anticipate providing any further official updates on the bidding process, it said.

Toshiba, which is exploring going private and other options, in July selected Bain Capital, CVC Capital Partners, Brookfield Asset Management and a consortium involving Japan Industrial Partners (JIP) and state-backed Japan Investment Corp to proceed to a second bidding round.

JIP has since contacted multiple Japanese firms including Chubu Electric Power Co, while Japan Investment Corp is reported to be in talks with Bain to form a separate consortium. 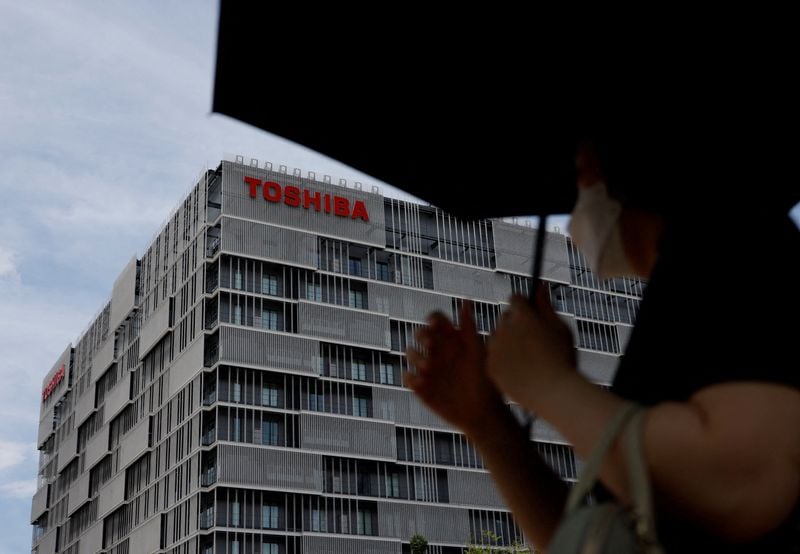