(Reuters) – A U.S. Navy sailor was found not guilty on Friday of starting a fire that destroyed the amphibious assault ship Bonhomme Richard in San Diego in 2020.

Seaman Recruit Ryan Mays was acquitted of charges of arson and the willful hazarding of a ship, Commander Sean Robertson, a spokesman for the U.S. 3rd Fleet, said in a statement.

The decision followed a two-week court-martial in which Navy prosecutors argued that Mays, who was 19 at the time of the blaze, started the fire due to disgruntlement with his work. Defense lawyers said lithium-ion batteries or a spark from a short on a forklift could have been to blame.

“The Navy is committed to upholding the principles of due process and a fair trial,” Robertson said.

Had Mays been found guilty, he could have faced life in prison.

More than 60 people, including about 40 sailors, were treated for minor injuries during four days of fighting flames on the 844-foot-long (257-meter) warship, which was docked for maintenance at its homeport at U.S. Naval Base San Diego.

The Bonhomme Richard, whose size ranks second in the U.S. Navy fleet to that of an aircraft carrier, was so badly damaged, the $1.2 billion vessel had to be scrapped. 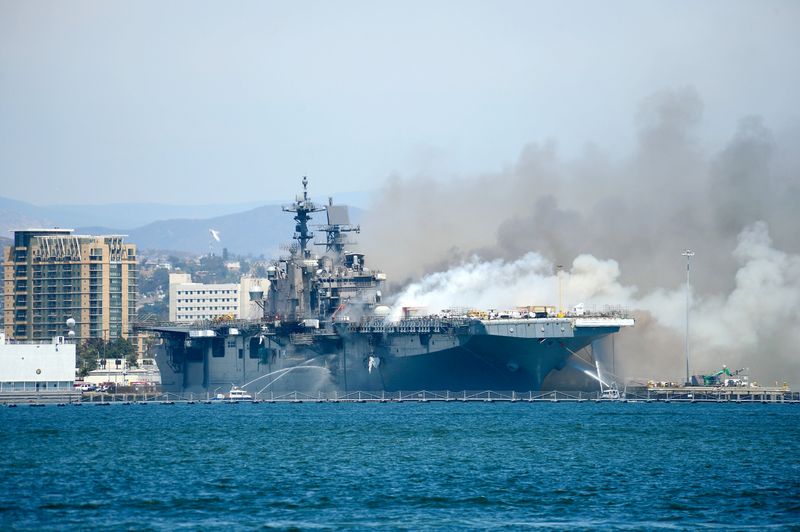