(Reuters) -Liberal U.S. Supreme Court Justice Ketanji Brown Jackson said on Friday that her appointment as the first Black woman to serve on the court has inspired pride among Americans she has encountered

She hears arguments for the first time as the Supreme Court opens its new term on Monday and the conservative-dominated judicial body has shown an increasing willingness to exert its power on a range of issues.

Jackson did not discuss the court’s ideological split in remarks at the Library of Congress on Friday following her formal investiture, instead focusing on how historically marginalized communities benefit from seeing her elevation to the high court.

“People from all walks of life approach me with what I can only describe as a profound sense of pride. And what feels to me like renewed ownership. I can see it in their eyes,” Jackson said. “They stare at me as if to say, ‘Look at what we’ve done … this is what we can accomplish if we put our minds to it.'”

Jackson and her eight new colleagues will consider a slate of important cases over the next nine months.

These involve race-conscious admissions policies used by colleges and universities to foster student diversity, voting rights, environmental regulation, LGBT and religious rights, the power of federal agencies – and even a dispute over Andy Warhol paintings.

“Given how the docket is shaping up, there’s no indication this is going to be a quiet term for Justice Jackson to join,” said law professor Allison Orr Larsen of the College of William & Mary in Virginia.

The court has a 6-3 conservative majority, with Jackson joining a liberal bloc that has been relegated to issuing strongly worded dissents in the most important decisions. For example, the court’s conservative majority powered rulings on back-to-back days in June overturning its 1973 precedent that had legalized abortion nationwide and expanding gun rights by declaring that the U.S. Constitution protects an individual’s right to carry a handgun in public for self-defense.

A Reuters/Ipsos survey conducted after those rulings showed a majority of Americans holding an unfavorable view of the court.

Jackson’s two fellow liberal justices, Elena Kagan and Sonia Sotomayor, during public appearances this summer raised concerns that the court was gambling with its hard-earned legitimacy among the public by appearing political.

“I do not think those sorts of concerns will be enough to persuade five of the right-wing justices in many of these cases to not simply leverage their raw power to obtain the ends that they are looking for,” Boston University School of Law professor Jonathan Feingold said.

‘WITHOUT FEAR OR FAVOR’

“I decide cases from a neutral posture. I evaluate the facts, and I interpret and apply the law to the facts of the case before me, without fear or favor, consistent with my judicial oath,” Jackson told the Senate Judiciary Committee during her March confirmation hearing.

“Today for the first time Americans will see a Black woman serving on our nation’s highest court. This is a proud day for America, for our democracy, and in particular for women and Black women,” White House Press Secretary Karine Jean-Pierre told reporters.

The new term’s first month includes arguments in cases that present the conservative justices opportunities to limit the scope of a major environmental law, cripple an important civil rights law’s protections against racial discrimination in voting and end affirmative action admissions policies used by colleges and universities to increase their numbers of Black and Hispanic students.

The affirmative action litigation involves challenges to policies used by Harvard University and the University of North Carolina. Jackson, who earned undergraduate and law school degrees from Harvard and has served on its Board of Overseers, recused herself from the Harvard case but is set to participate in the North Carolina one.

While the liberal justices may play merely the role of dissenters in some cases, Jackson could help shape some decisions, particularly when her expertise comes to the fore. Her perspective on criminal justice issues is informed by past service both as a trial judge and as a public defender – a job none of the other sitting justices ever performed. Jackson also served on a commission that addressed sentencing guidelines for the federal judiciary.

“Those are all issues I suspect Justice Jackson would care about,” Larsen said.

Jackson joins the court amid an investigation ordered by Roberts into the May leak of a draft version of the abortion ruling, a disclosure he called a betrayal.

“That’s not a wound that’s going to heal quickly. The reality is that she’s stepping into a court that has endured a particularly difficult circumstance in the leak,” said Megan Wold, a former Alito law clerk now at the law firm Cooper & Kirk.

(Reporting by Nate Raymond in Boston; Additional reporting by Andrew Chung in New York and Jeff Mason in Washington; Editing by Scott Malone, Will Dunham and Cynthia Osterman) 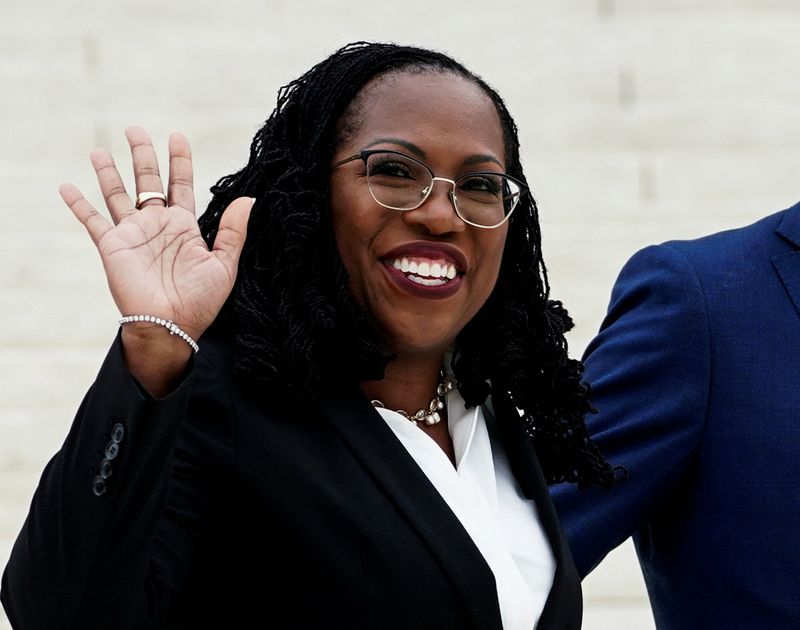 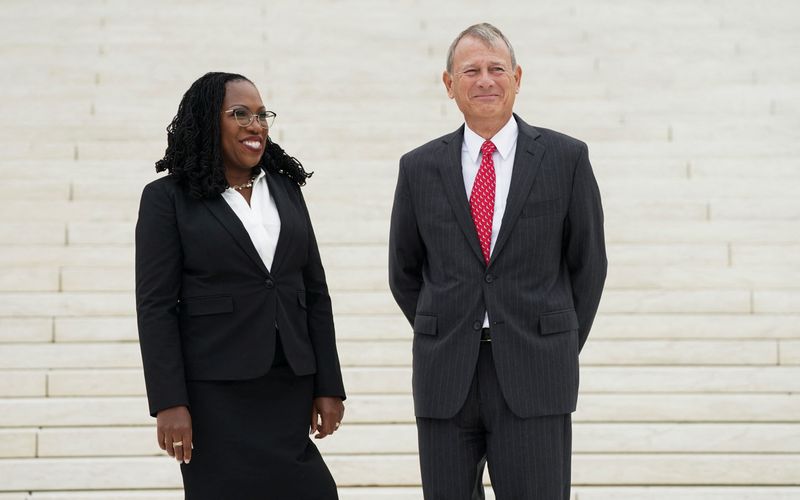 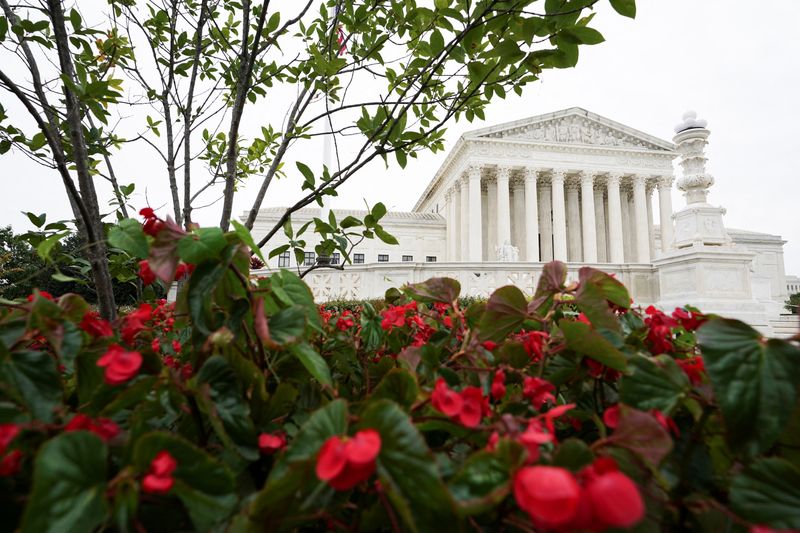 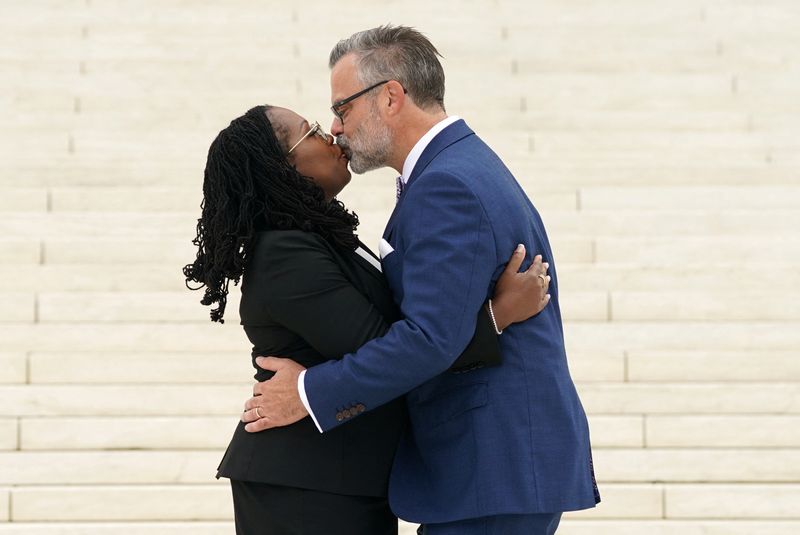 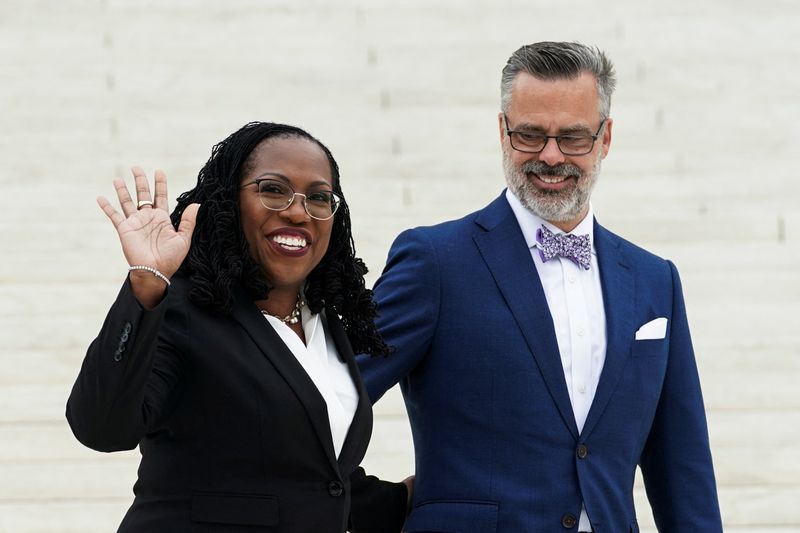 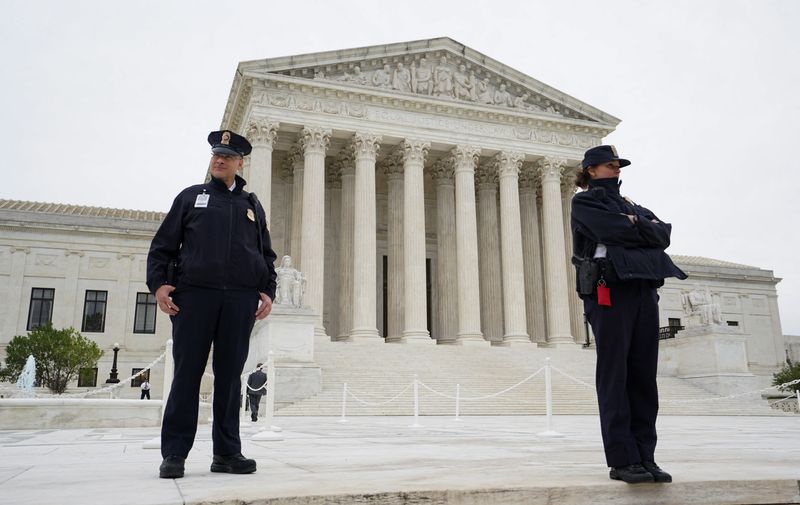 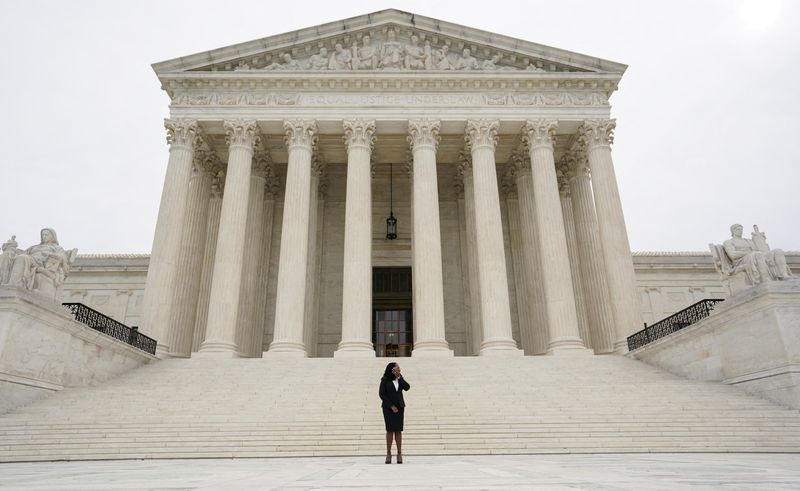