JERUSALEM (Reuters) -Israel gave its preliminary nod on Sunday to a draft U.S.-brokered deal demarcating a maritime border with Lebanon that may lead to profit-sharing in a disputed Mediterranean gas prospect.

Hoping to defuse one source of conflict between the hostile countries and prod them toward accommodation, U.S. envoy Amos Hochstein last week submitted a new proposal that would pave the way for offshore energy exploration.

After years of stop-start shuttle diplomacy, agreement seems closer than ever. As Beirut mulls the 10-page draft – details of which have been kept under wraps – the Iran-backed Hezbollah movement called it “a very important step” on Saturday while Parliament Speaker Nabih Berri, a powerful Hezbollah ally, deemed it “positive”.

“But,” he said in televised remarks, “just as we insisted from day one, the proposal fully preserves Israel’s national security interests, as well as our economic interests”.

Lapid appeared to float an arrangement whereby gas would be produced by a company under a Lebanese license in the disputed Qana prospect, with Israel receiving a share of revenues.

“We have no opposition to an additional Lebanese gas field being developed, from which we would of course receive royalties due us,” he said. “Such a field would weaken Lebanese dependency on Iran, restrain Hezbollah and bring regional stability.”

The centrist Lapid heads a caretaker government ahead of a Nov 1 election. His challenger, conservative ex-Prime Minister Benjamin Netanyahu, has argued the Lebanese deal could benefit Hezbollah, and accused Lapid of evading parliamentary scrutiny.

Hinting he might overturn the deal if re-elected, Netanyahu tweeted on Sunday: “We will not be bound by this fait accompli.”

Israel’s defense minister, Benny Gantz, said any final agreement would be brought for review by parliament and called on Netanyahu to refrain from comments that “endanger the deal”.

Hezbollah fought Israel in a 2006 war and remains hostile to Lebanon’s southern neighbour. But with the Lebanese economy in deepening distress, Hezbollah has pledged to abide by whatever Beirut agrees to in the indirect talks.

“We support the Lebanese position, so that we safeguard our right to demarcate our maritime borders and invest in our gas,” Lebanon’s National News Agency quoted senior Hezbollah official Mohammad Raad as saying. 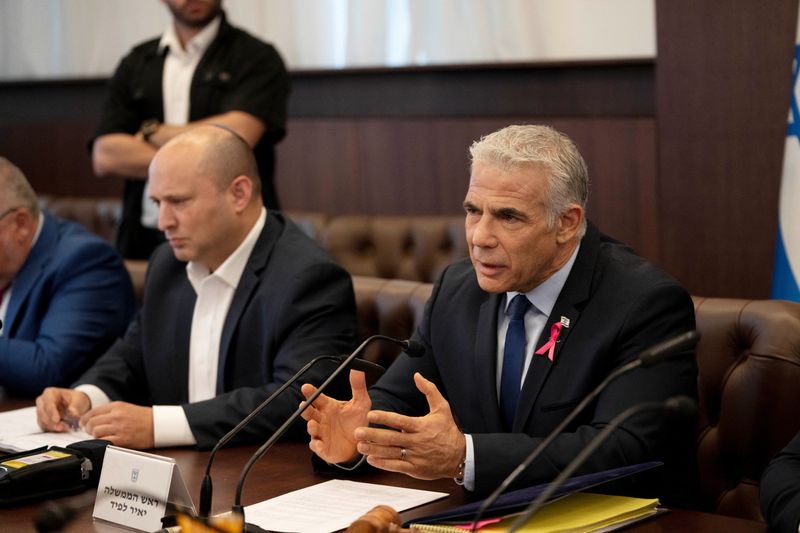