WASHINGTON (Reuters) -U.S. Defense Secretary Lloyd Austin said on Sunday he sees no imminent invasion of Taiwan by China but said China was trying to establish a “new normal” with its military activities around the island.

A visit to Taiwan early in August by U.S. House of Representatives Speaker Nancy Pelosi enraged China, which subsequently launched military drills near the island. Those have continued, although on a much reduced scale.

“I don’t see an imminent invasion,” Austin said in an interview broadcast on CNN.

“What we do see is China moving to establish what we would call a new normal. Increased activity – we saw a number of center line crossings of the Taiwan Strait by their aircraft. That number has increased over time. We’ve seen more activity with their surface vessels and waters in and around Taiwan.”

The United States and its allies have responded to the drills by continuing to sail through the region. A U.S. Navy warship and a Canadian frigate made a routine transit through the Taiwan Strait on Sept. 20.

The United States will continue to work with its allies and partners “to ensure that we maintain a free and open Indo-Pacific,” Austin said in an interview on CNN’s “Fareed Zakaria GPS” that was recorded on Friday.

Breaking News:  ALAN DERSHOWITZ: San Francisco Is The Canary In The Coal Mine For Where Wokeism Is Headed

The narrow Taiwan Strait has been a frequent source of military tension since the defeated Republic of China government fled to Taiwan in 1949 after losing a civil war with the communists, who established the People’s Republic of China.

The United States is working to reopen channels of military communication with China, something that is critical to both countries, Austin said.

China in August halted cooperation with the United States in a number of areas, including dialogue between senior-level military commanders, in retaliation for Pelosi’s visit to Taiwan.

Austin said he has communicated by phone and in person with his Chinese counterpart, Defense Minister Wei Fenghe, who agreed that open communications were important.

“We’ll do everything we can to continue to signal that we want those channels open and I would hope that China will begin to lean forward a bit more and work with us,” he said. 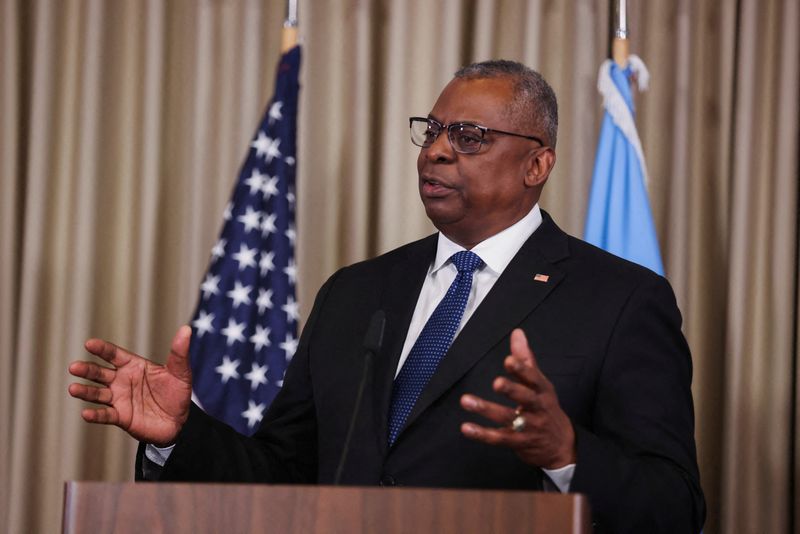