By Steven Scheer and Ari Rabinovitch

JERUSALEM (Reuters) -The Bank of Israel on Monday raised its benchmark interest rate by three-quarters of a percentage point for the second meeting in a row, citing its determination to move inflation back to within its target.

The central bank lifted its key rate to 2.75% from 2.0% in its fifth straight decision to hike rates and the highest level of rates since January 2012. In April, policymakers had begun raising the rate from 0.1% — an all-time low where it had stayed for the prior 15 decisions since a 0.15 point reduction at the outset of the COVID-19 pandemic.

Israel’s annual inflation rate stood at 4.6% in August after reaching a 14-year high of 5.2% in July, stirring public anger at spiking living costs ahead of a Nov. 1 election.

“We know that the process of increasing the interest rate takes some time to show its results,” Yaron told reporters. “(But) we are determined to return the inflation rate to within the target range and the steps we are taking today … emphasize that.”

He noted that inflation derives from strong domestic demand as well as external factors such as the war in Ukraine, high global energy costs and continued global supply chain disruptions.

Still, Yaron said, Israel’s economy is in a good place, especially relative to other advanced economies, with a high level of activity and a tight labour market.

Israel’s economy grew an annualised 6.8% in the second quarter from the first quarter.

Bank of Israel economists forecast the benchmark interest rate at 3.5% in the third quarter of next year.

The shekel, which earlier on Tuesday hit a fresh 2-1/2-year low versus the dollar to a rate of 3.61, accelerated after the rates decision to 3.57.

Ahead of next month’s election, Yaron said the next government must focus on passing a new state budget and advance needed economic reforms. 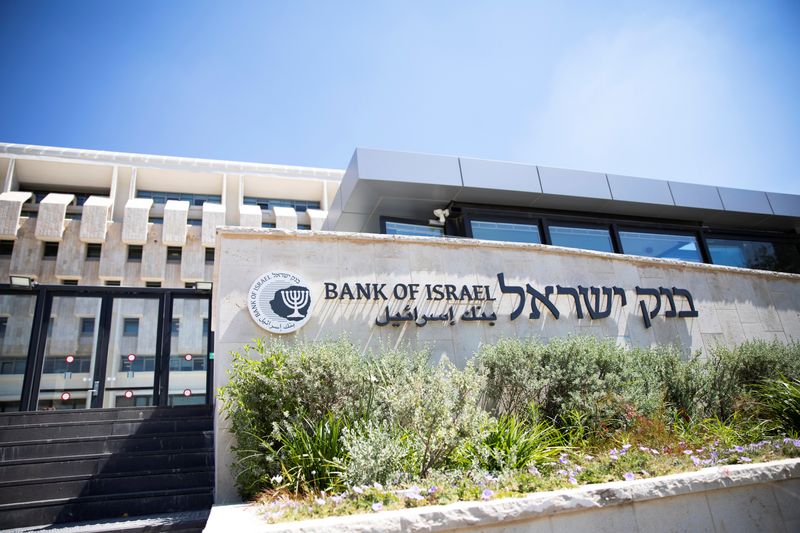