Soon after arriving with his wife, Jill Biden, the president met with victims of the hurricane, which left Puerto Rico without power for an extended period. Biden will travel to Florida on Wednesday to see damage from Hurricane Ian.

“We came here in person to show that we’re with you. All of America’s with you as you receive and recover and rebuild,” Biden said in Ponce, Puerto Rico.

Biden alluded to the controversy surrounding Trump’s response to Hurricane Maria when it ravaged Puerto Rico in 2017, killing thousands. Some residents of the island said Trump was slow to dispatch aid in the wake of that hurricane. Trump objected to sending more money to Puerto Rico after the hurricane and froze billions intended for the island, a move Biden has reversed.

“Yes, Puerto Rico is a strong place and Puerto Ricans are a strong people, but even so you have had to bear so much, more than need be, and you haven’t gotten help in a timely way,” Biden said.

The funding will help “shore up levees and flood walls, and create a new flood warning system to help residents better prepare for future storms,” Biden said in a Twitter post.

As an unincorporated territory of the United States, Puerto Rico is neither a U.S. state nor a sovereign nation, and residents do not have voting rights unless they move to the mainland.

Puerto Rico Governor Pedro Pierluisi, speaking before Biden, said: “We want to be treated in the same way as our fellow Americans in the states in times of need. All American citizens, regardless of where they live … should receive the same support from the federal government.”

“I’m ready to deploy and expedite more resources from the Department in Energy and other federal agencies,” so that residents can get clean, reliable power, he said.

The Biden administration is monitoring the impact of Hurricane Ian on the insurance industry, Criswell told reporters aboard Air Force One. She said last week that the damages from Ian would be catastrophic.

Storm-ravaged residents in Florida and the Carolinas alone face a disaster recovery expected to cost tens of billions of dollars.

Hundreds of thousands of people have struggled without power since Fiona hit Puerto Rico some two weeks ago.

U.S. Energy Secretary Jennifer Granholm on Sunday said that power had been restored to 90% of customers on the island.

“This is an important milestone, coming just 13 days after Fiona made landfall,” she said. “While we’re grateful for this progress, we realize the work is not over. Efforts to rebuild and help those impacted will continue.” 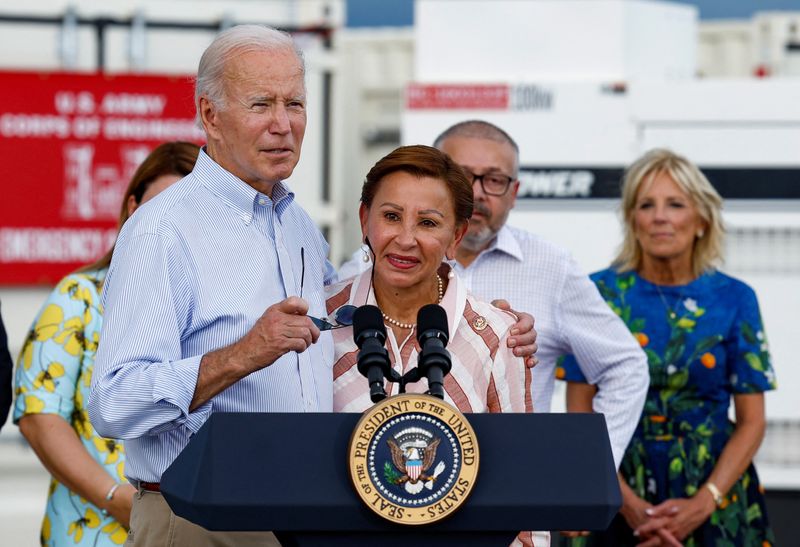 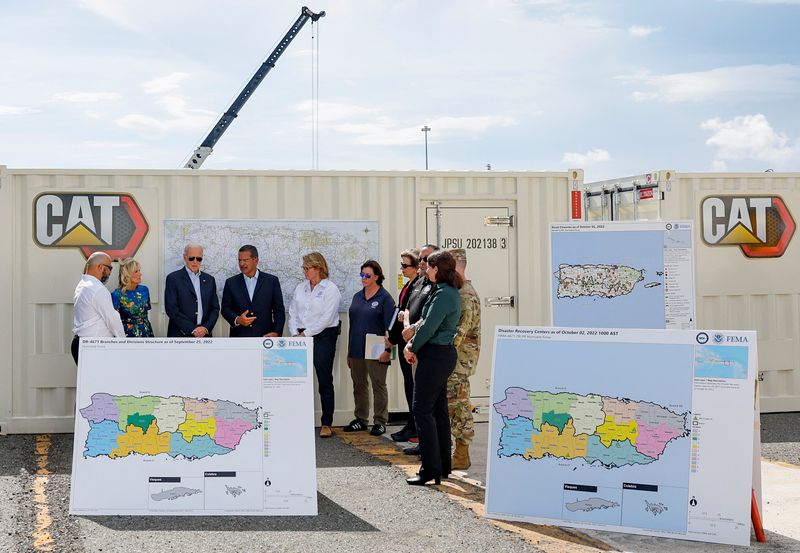 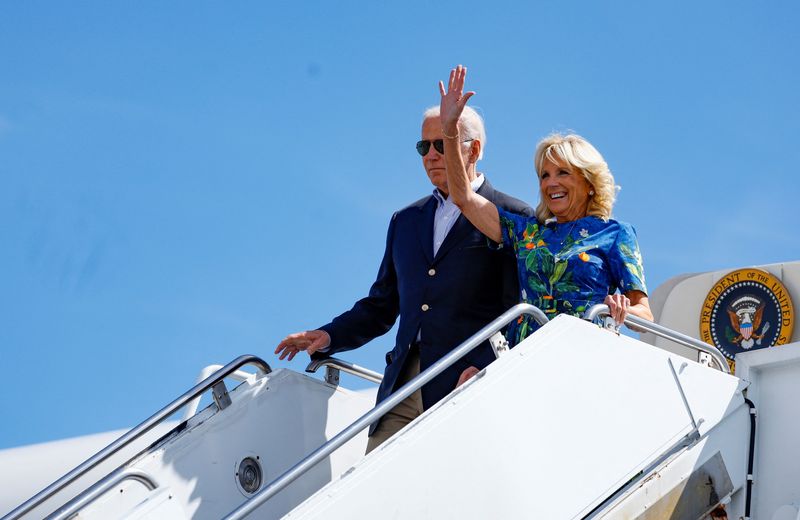 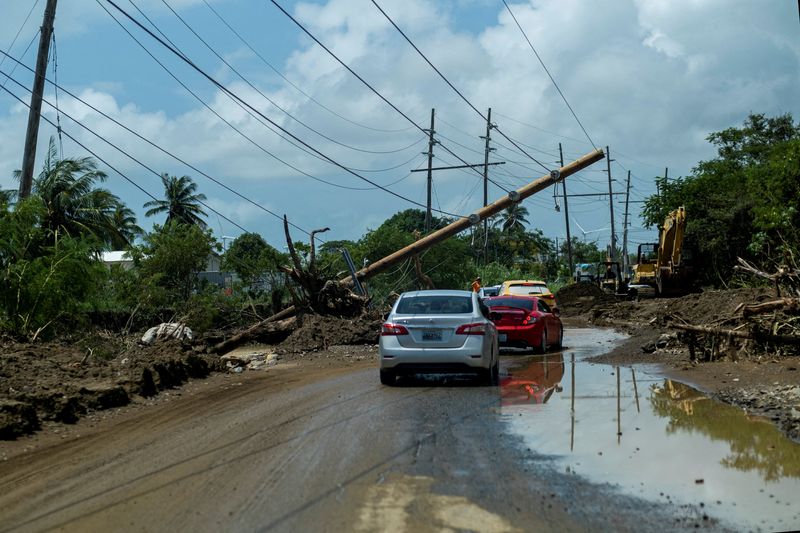