By Gram Slattery and Gabriel Stargardter

Lula, a two-term former president who was jailed on corruption convictions that were later overturned, won the most votes in Sunday’s presidential election, and for many analysts is still the favorite to win the race later this month.

But Bolsonaro’s better-than-expected performance revitalized his campaign, giving credence to his claim that the pollsters were wrong to write him off in Brazil’s most fraught election since the end of military rule in 1985.

The far-right leader’s strong showing also prolonged questions about whether Brazil’s democratic institutions will withstand his unfounded allegations that the country’s voting system cannot be trusted.

“The polling companies have zero credibility,” she said, calling Lula a “crook, a thief, a snake charmer. I find it unbelievable that people could vote for him.”

Most polling firms had given Lula a 10-15 point lead ahead of Sunday’s vote, raising the possibility of a first-round victory for the leftist. But with 99.99% of electronic votes counted, Lula had taken 48.4% of votes versus 43.2% for Bolsonaro, meaning that neither secured the over 50% needed to avoid a runoff.

The remaining votes went to nine other candidates who are now eliminated from the race.

With less than a month to go until the next vote, both candidates will be looking for creative ways to eke out a win.

On Monday, Bolsonaro’s government announced it had pushed forward a welfare payment due at the end of October. The one-off change means all recipients will now receive two payments this month, with the second coming five days before the runoff vote.

The president’s strong showing extended to his colleagues in Congress, ensuring his conservative movement will endure in the longer term.

Bolsonaro’s right-wing Liberal Party (PL) won 99 seats in the 513-member lower house, up from 77, and right-leaning parties allied with Bolsonaro now control half the chamber. PL candidates won 13 of the 27 seats up for grabs in the Senate, with two more possible in runoffs, a party spokesman said.

The result thrilled Brazilian markets, on expectations that it may force Lula to move to the center and limit his room for dramatic policy changes even if he does finally triumph.

Brazil’s real strengthened roughly 4.5% against the dollar in afternoon trading, while the Ibovespa stock index rose 4.7%.

State-run companies led the gains on Brazil’s main stock index, with shares in Sao Paulo state sanitation company Sabesp jumping about 16.5% on expectations that a Bolsonaro ally would become governor and privatize the firm.

State-run oil company Petrobras and public lender Banco do Brasil both rose by about 8%. Investors are betting that a potential second Bolsonaro term could see a wave of privatizations.

Support for distant third- and fourth-place finishers also fell short of recent surveys, suggesting some of their backers may have shifted to Bolsonaro when it came time to vote.

Attention will now turn to whom centrist Senator Simone Tebet and center-left former lawmaker Ciro Gomes will send their votes. Tebet won 4% of votes, while Gomes secured 3%. Both said on Sunday night they would announce decisions about endorsements in the coming days.

After his unexpected surge, many analysts said the electoral momentum was now with Bolsonaro. If he does pull off a dramatic comeback, it would break with a wave of victories for leftists across the region in recent years, including Mexico, Colombia, Argentina and Chile.

Robert Wood, lead economist for Latin America at the Economist Intelligence Unit, said he expected Lula to win eventually, “but with a much narrower margin than the polls currently indicate.” Still, tensions may remain “high until the inauguration ceremony in January,” he added.

On Sunday night, Bolsonaro adopted a more level tone than usual, expressing confidence that victory was within reach and avoiding his usual unfounded attacks on Brazil’s voting system. In the run-up to the vote, he had made repeated baseless allegations about the integrity of the electronic voting system and had suggested he may not concede if he loses.

“I plan to make the right political alliances to win this election,” he told journalists, pointing to the significant advances his party made in Congress.

Lula put an optimistic spin on the result, saying he was looking forward to another month on the campaign trail and the chance to debate Bolsonaro head-to-head.

Inside his campaign, however, there was clear frustration that he had fallen short of the hoped-for outright win, as well as with weak results in state races outside of his party’s traditional northeastern stronghold.

“There was a clear movement of votes in the southeast, beyond what the surveys and even the campaign managed to detect,” a campaign source said on condition of anonymity. 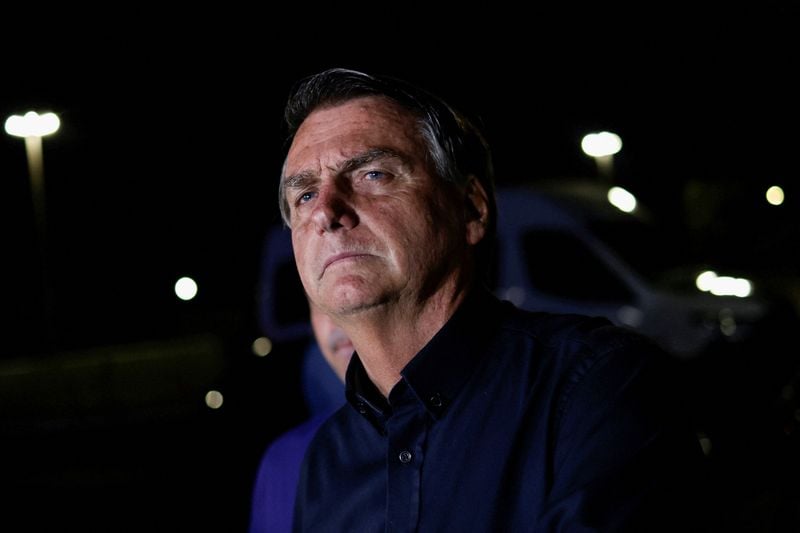 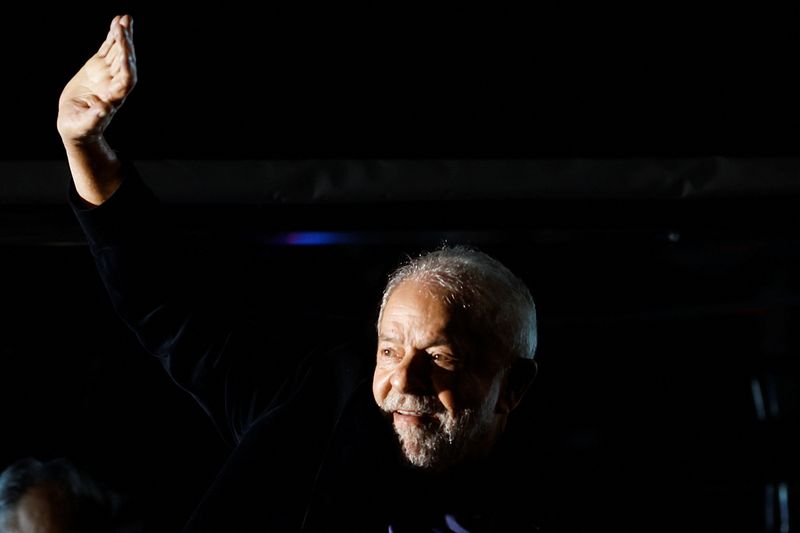 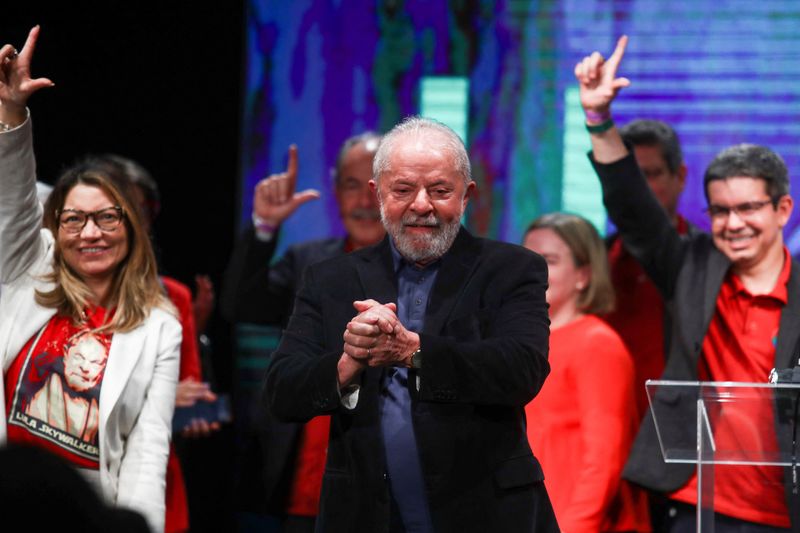 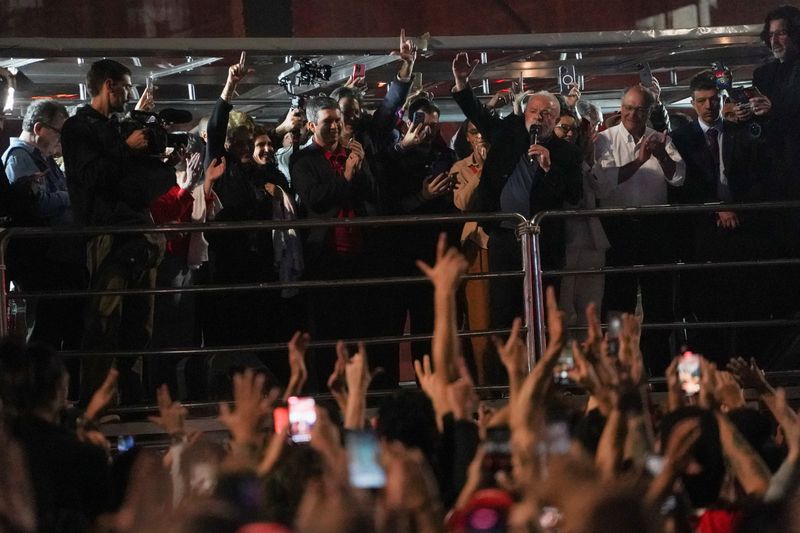 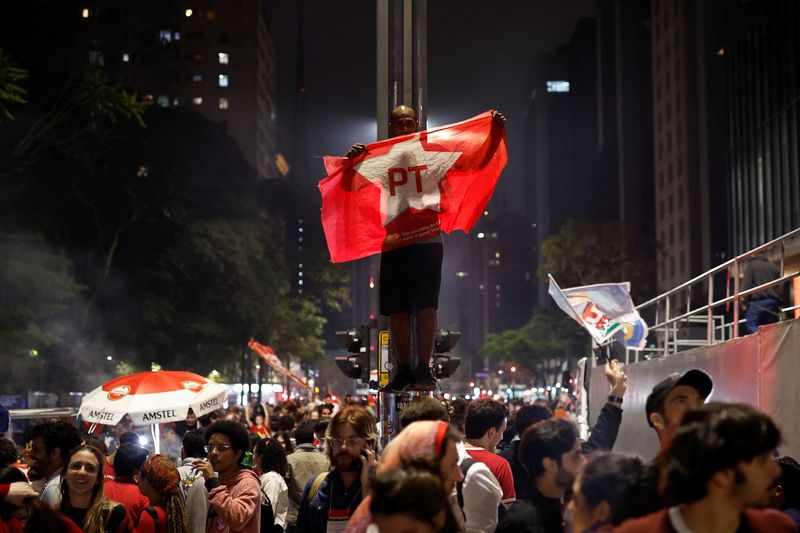