S&P Global’s final manufacturing Purchasing Managers’ Index (PMI) fell to a 27-month low of 48.4 in September from August’s 49.6, just below a preliminary reading of 48.5 and further below the 50 mark separating growth from contraction.

An index measuring output, which feeds into a composite PMI due on Wednesday and seen as a good guide to economic health, dropped to 46.3 from 46.5, marking its fourth month of sub-50 readings.

“The ugly combination of a manufacturing sector in recession and rising inflationary pressures will add further to concerns about the outlook for the euro zone economy,” said Chris Williamson, chief business economist at S&P Global.

“Excluding the initial pandemic lockdowns, euro zone manufacturers have not seen a collapse of demand and production on this scale since the height of the global financial crisis in early 2009.”

There is a 60% chance of a recession in the bloc within a year, a Reuters poll found last month, and forward-looking indicators in the PMI also painted a gloomy picture.

Demand fell at the fastest rate since around the time the coronavirus pandemic was sweeping across the world, backlogs of work were run down while stocks of unsold finished products increased as factories raised prices to meet rising costs.

That meant optimism declined and the future output index, which assesses the outlook of purchasing managers about the year ahead, went into rapid decline. It plummeted to 45.3 from 52.7, its lowest reading since May 2020.

“The combination of rising costs and slumping demand has also pushed firms expectations for the year ahead sharply lower again in September, leading in turn to reduced input buying and lower jobs growth as firms prepare for a tough winter,” Williamson said. 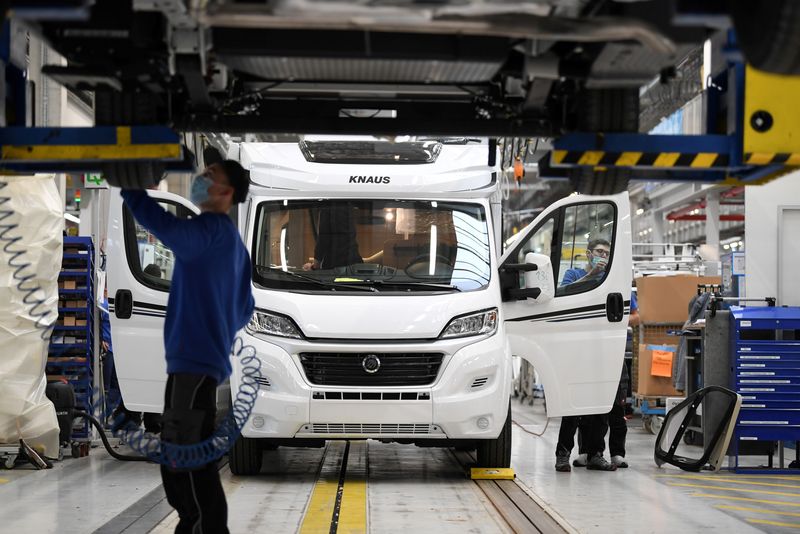