The proposed measures would target people and institutions primarily responsible for the clampdown on nationwide protests that were ignited by the death in policy custody of a young woman, the source added.

Those proposing the sanctions are aiming for the EU foreign ministers to decide on them at their meeting on Oct. 17, with no resistance expected from the members of the bloc, Spiegel magazine, which reported the news first, said.

“We are now working flat out to implement these proposals,” the source said.

Foreign Minister Annalena Baerbock said on Monday that Iran’s suppression of protests was “an expression of sheer fear of education and the power of freedom” and promised sanctions.

“It is also difficult to bear that our foreign policy options are limited. But we can amplify their voice, create publicity, bring charges and sanction. And that we are doing,” Baerbock tweeted.

The anti-government protests, which began at 22-year-old Mahsa Amini’s funeral on Sept. 17 in the Kurdish town of Saqez, have spiralled into the biggest show of opposition to Iran’s authorities in years, with many calling for the end of more than four decades of Islamic clerical rule.

Iran Human Rights, a Norway-based group, has said more than 100 people have been killed. Iranian authorities have not given a death toll, while saying many members of the security forces have been killed by “rioters and thugs backed by foreign foes”. 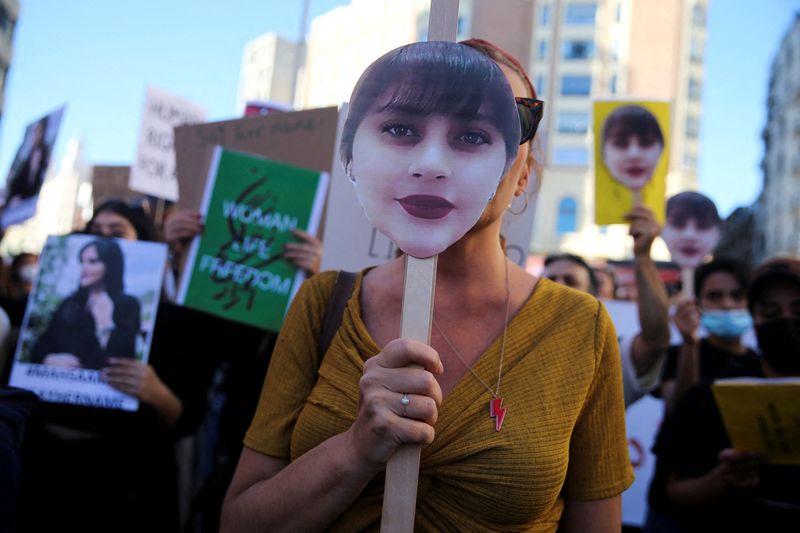