(Reuters) – A soccer stampede in Indonesia killed at least 125 people on the weekend, with 32 children among them, officials said, as pressure builds on the Southeast Asian country to explain how one of the world’s worst stadium disasters unfolded.

* Officers fired tear gas on Saturday night to disperse agitated supporters of the losing home side who invaded the pitch after the final whistle in the town of Malang in East Java province. Arema FC lost 3-2 to Persebaya Surabaya in the domestic BRI Liga 1 match.

* “If there hadn’t been any tear gas maybe there wouldn’t have been chaos,” Choirul Anam, a commissioner at the National Commission on Human Rights, told a briefing at the stadium in Malang.

* About 42,000 tickets had been issued for a stadium designed to hold 38,000 people, the chief security minister, Mahfud MD, said in an Instagram post.

* An independent fact-finding team will investigate the sequence of events and help find those responsible for the disaster, Mahfud told a news conference on Monday.

* The victims included 32 children aged 3 to 17, Nahar, an official at the women’s empowerment and child protection ministry, told Reuters.

* Gilang Widya Pramana, the president of home side Arema FC, said he was ready to take full responsibility.

* FIFA, the governing body of world soccer, has asked Indonesian football authorities for a report on the incident. Its safety regulations say firearms or “crowd control gas” should not be used at matches. 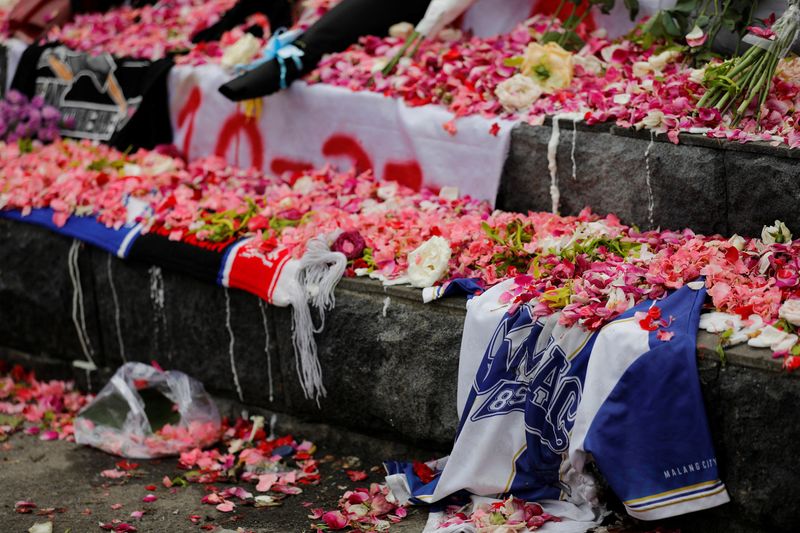