(Reuters) -London’s Heathrow airport is set to end its daily limitations on passenger departures on Oct. 29, a source told Reuters on Monday.

The airport capped the number of passenger departures at 100,000 a day in July and in August extended the cap until Oct. 29 in a move to limit queues, baggage delays and flight cancellations after struggling to cope with a rebound in travel.

The Wall Street Journal first reported on Monday that the airport has told airlines it will lift the cap on passenger numbers at its terminals later this month.

Airlines and airports across Europe struggled to cope with the rebound in post-lockdown travel, with many failing to recruit enough staff to handle check-ins and baggage.

Passenger journeys improved with fewer last-minute cancellations, better punctuality and shorter wait times for bags since the cap was introduced, Heathrow had said in August. 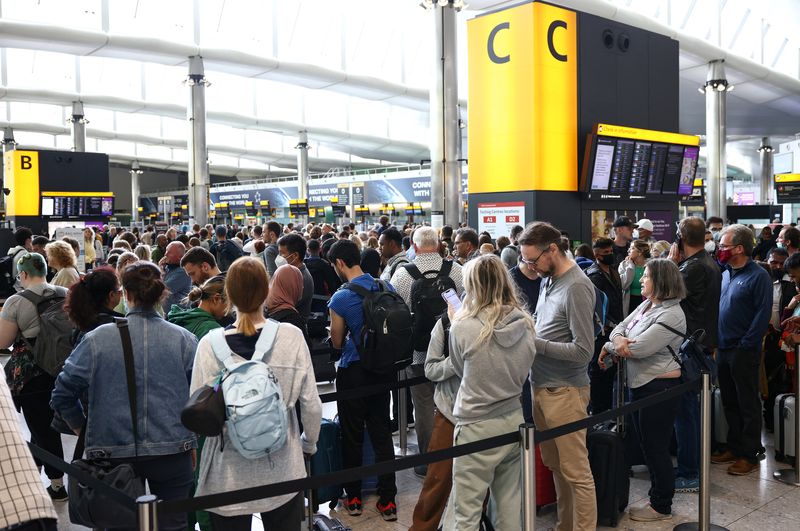