WARSAW (Reuters) – Poland’s central bank is expected to raise its main interest rate by 25 basis points to 7.00% on Wednesday, a Reuters poll showed, as rising inflation forces policymakers to continue tightening despite the risks of an economic slowdown.

Central bank governor Adam Glapinski has said rates could stay on hold or be raised slightly in October, but with inflation again beating analysts’ estimates in September to hit a new 25-year high, most economists are betting that borrowing costs will go up.

“I expect a 25-basis-point hike because of what the central bank governor was saying in previous months – that they will keep hiking interest rates as long as inflation is rising,” said Marcin Sulewski, CEE economist at Ipopema Securities.

Inflation in Poland climbed to 17.2% in September, driven by a rapid increase core inflation, which strips out volatile food and energy prices.

“Taken together, the stronger underlying inflation and continued pressures from food inflation mean we no longer see inflation peaking this year, even with the recent fall in oil prices and favourable base effects in energy inflation in 2022Q4,” said Goldman Sachs, which is forecasting a 25-basis-point hike.

Other central banks in the region have chosen to end their hiking cycles due to the risks to growth from high borrowing costs.

In Hungary the central bank raised its base rate by a larger-than-expected 125 basis points to 13% in September and ended its rate-hike cycle amid a slowing economy, while in the Czech Republic policymakers kept rates steady at 7.00% for a second time in a row.

With several Monetary Policy Council Members (MPC) having pointed to an impending end to the tightening cycle, analysts at Pekao expect rates to stay on hold on Wednesday.

“The bar for continuing the cycle was set quite high,” they said in a note. “In our view the MPC will opt out this time and restart the cycle in November.”

The poll of 18 analysts showed that 15 expected a 25-basis-point hike, two expected 50 basis points and one expected no change. 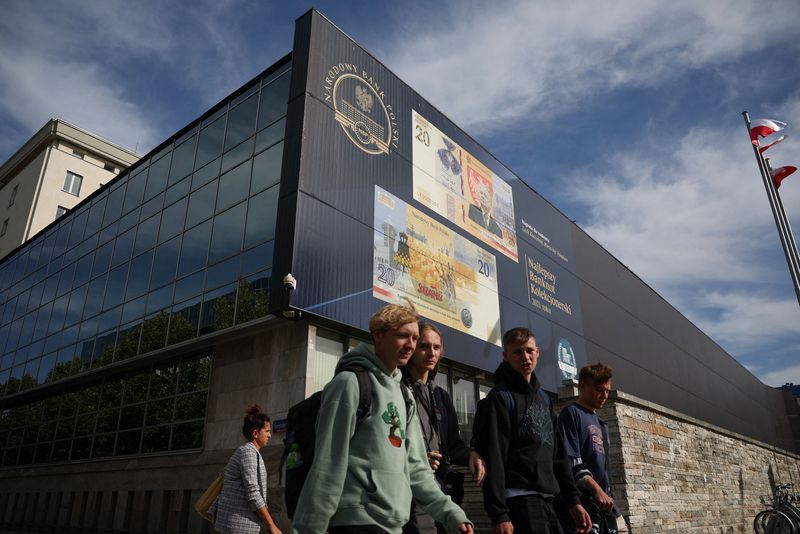