SEOUL (Reuters) – South Korea’s factory activity shrank for a third straight month in September, and by the sharpest pace in more than two years, amid weakening global demand, a private-sector survey showed on Tuesday.

The S&P Global purchasing managers’ index (PMI) posted a slight fall to a seasonally-adjusted 47.3 in September from 47.6 in August, marking the third month in a row under the 50-mark that separates expansion from contraction.

The index extended declines for a fifth straight month and hit the lowest level since July 2020, indicating the sharpest pace of contraction in 26 months.

Output shrank for a fifth month and by the most since June 2020, with some companies also affected by a typhoon that hit industrial areas of South Korea, according to the survey.

The subindexes showed new orders fell for a third straight month and exports decreased for a seventh month, although both declines were smaller than the previous month. There were also signs of declines in the semiconductor industry as deteriorating demand for goods curtailed the chip sector, the survey noted.

The challenges from weaker demand were worsened by continued easing of supply chain bottlenecks and price pressure.

Suppliers’ delivery times worsened by the least since January 2020, while input and output prices rose by slowest since early 2021.

“External factors such as the weakening global economy will certainly challenge goods producers’ order books, while also keeping pressure on the won – thus pushing up imported inflation – as the dollar benefits from its safe haven status.”

Manufacturers still remained optimistic over the coming year for output, but the level of optimism fell for a fourth month to the weakest since October last year. 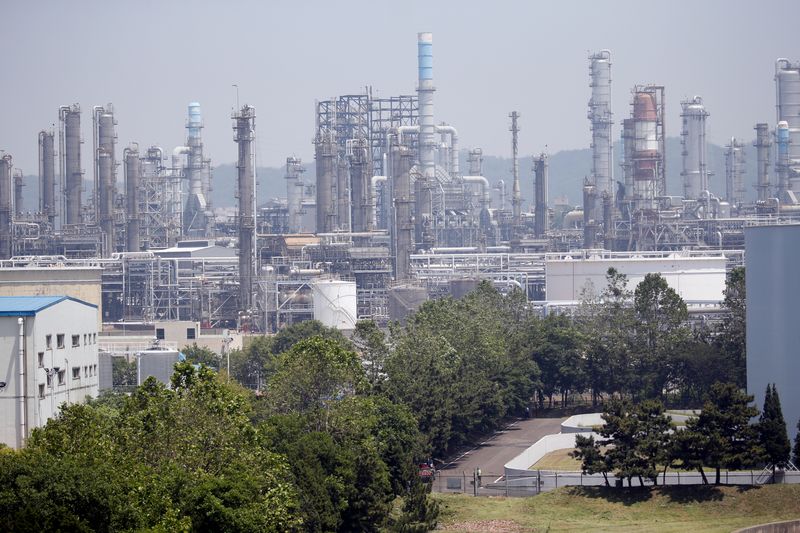