NEW YORK (Reuters) -Former U.S. Secretary of State Rex Tillerson will be called as a witness by federal prosecutors in the trial of Tom Barrack, a one-time fundraiser for former President Donald Trump, on charges of illegally acting as a foreign agent for the United Arab Emirates, a court filing showed on Saturday.

Barrack’s defense revealed the plans in a letter to U.S. District Judge Brian Cogan in which it requested that Tillerson take the stand on Monday. The defense said prosecutors had confirmed that they would be calling Tillerson, but informed the defense he would be unavailable after Oct. 4 due to “personal plans.”

Having Tillerson testify on Monday would ensure that the defense has enough time to cross-examine him, Barrack’s lawyers said.

Barrack’s lawyers have said the U.S. State Department, and Trump himself, knew of his contacts with Middle East officials, showing that Barrack did not intend to be a foreign agent.

A spokesman for the U.S. Attorney’s office in Brooklyn, where Barrack is being tried, declined to comment.

Barrack has pleaded not guilty. His lawyers have said his interactions with Emirati officials were part of his role running private equity firm Colony Capital, now known as DigitalBridge Group Inc <DBRG.N>, and that there was no evidence he agreed to act at the UAE’s direction.

Tillerson, the former chief executive of ExxonMobil, served as Trump’s secretary of state for slightly more than a year from 2017 to 2018.

The trial began with jury selection on Sept. 19. During the first week, prosecutors presented emails and text messages from Barrack and an associate that showed UAE officials provided input on what then-candidate Trump should say in a 2016 energy policy speech.

Prosecutors have said Barrack never told the U.S. attorney general he was acting as UAE agents, as required under federal law.

In opening statements, Barrack’s lawyer Michael Schachter said there was no evidence that Barrack agreed to act under the UAE’s direction. The defense has not yet had the chance to cross-examine the FBI agent who read the emails and texts to the jury. 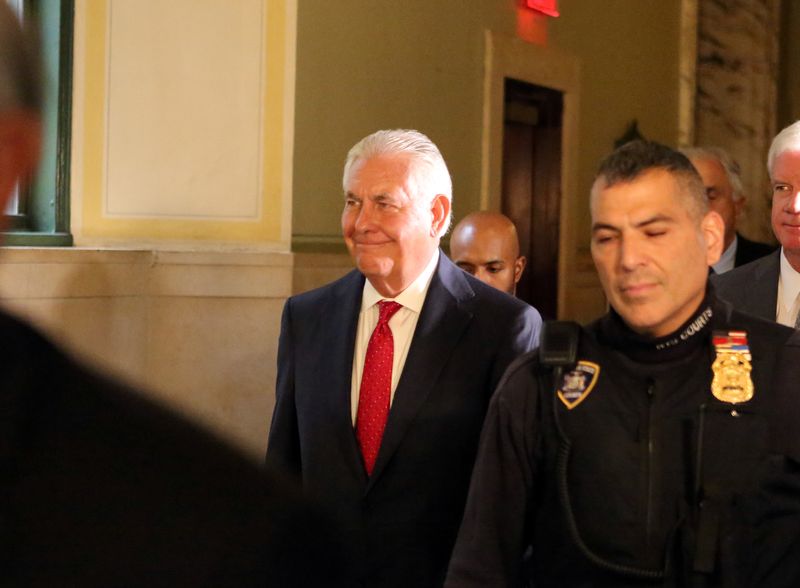