BIRMINGHAM, England (Reuters) -British Prime Minister Liz Truss was forced on Monday into a humiliating U-turn after less than a month in power, reversing a cut to the highest rate of income tax that helped spark turmoil in financial markets and a rebellion in her party.

Finance minister Kwasi Kwarteng said the decision was taken with “humility and contrition”, after some lawmakers from the ruling Conservative Party reacted with fury to suggestions that public and welfare spending could be cut to fund tax cuts for the richest.

Kwarteng will also bring forward publication of his plan to cut Britain’s debt, alongside forecasts for economic growth, a government source said, in another apparent climbdown amid calls from some Conservatives that the action was needed quickly to reassure the markets.

Addressing his party’s annual conference where lawmakers and supporters had gathered, Kwarteng acknowledged the “little turbulence” of the last week, but argued the government needed to press ahead with a new course to revive growth.

“What a day,” he said, to muted applause. “It has been tough, but we need to focus on the job in hand, we need to move forward. No more distractions.”

Truss – elected as prime minister by party members but not the broader public – is seeking to jolt the economy out of a decade of stagnant growth with a 1980s-style plan to cut taxes and regulation, all funded by vast government borrowing.

Signalling a break with “Treasury orthodoxy”, she and Kwarteng also fired the most senior official in the government’s finance department and released the tax cut plan without accompanying forecasts on how much it would cost.

Investors, used to Britain being a pillar of the global financial community, were aghast. The pound hit a record low against the dollar and the Bank of England had to intervene to prevent pension funds from collapsing.

“It is astonishing,” one Conservative lawmaker said, declining to be named. “The damage has already been done. We just look incompetent now, too.”

Another party insider said the Conservative government, in power under different leaders for 12 years but with Truss as prime minister only since Sept. 6, was already on “survive a day at a time” mode as confidence and credibility drained away.

‘HAPPY TO OWN IT’

While the removal of the top rate of tax only made up around 2 billion out of the 45 billion pounds of unfunded tax cuts, it was the most divisive element of a package that also stumped up tens of billions of pounds to subsidise energy costs.

Less than a day after Truss went on BBC television to defend the policy, Kwarteng released a statement early on Monday to say he now accepted it had become a distraction.

“We listened to people,” he told BBC Radio. “I’m happy to own it.” He said he had not considered resigning.

The decision to reverse course is likely to put Truss and Kwarteng under even greater pressure, the latest threat to political stability in a country that has had four prime ministers in the last six years.

Polls show the opposition Labour Party now holding commanding leads over the Conservatives. Two surveys on Monday showed Labour with more than 50 percent of support from voters, with the Conservatives languishing some 25-30 points behind.

Asked if Kwarteng should resign or be fired, one Conservative lawmaker said: “My view is that he is significantly weakened.”

Truss and Kwarteng were elected into government in 2019 when former leader Boris Johnson secured a landslide victory on a very different manifesto, promising to increase government spending, particularly in Britain’s more deprived areas.

Johnson was driven from office after three years by a party rebellion over his conduct.

Truss won the race to replace him after vowing to reignite the economy. But while defending her tax cut policy on Sunday, she was unable to rule out public spending cuts and restrictions on welfare payments to balance the books.

The Institute for Fiscal Studies said public spending would have to be cut unless Kwarteng reversed other unfunded policies too, an unpalatable prospect for many as the country’s health service, schools and judiciary increasingly creak under pressure.

Kwarteng had previously said he would deliver a fiscal statement on Nov. 23 with details of how he would cut debt alongside full forecasts for economic growth from Britain’s independent fiscal watchdog, the Office for Budget Responsibility (OBR).

But in his conference speech he said he would publish these details “shortly”, with a government source telling Reuters that the “OBR can move quicker, so can we”.

The Financial Times said Kwarteng was expected to accelerate publication to later this month, adding that his statement would set out a five-year plan to cut debt, including a squeeze on public spending.

Many Conservatives have warned tax and spending cuts risked taking them back to their “nasty party” image of 20 years ago.

Ben Houchen, the Conservative mayor of Tees Valley in northeast England, said he understood the principle of cutting taxes but said such a move during a cost-of-living crisis for millions had been “very naive”.

“Would I have done it? Absolutely not,” he said.

The Labour Party said the government had destroyed its economic credibility and damaged the economy.

Showing how unpredictable Britain’s dominant political party has become, one former minister, Nadine Dorries, who backed Truss as prime minister less than a month ago, now said she must call an election because she has no personal mandate to govern.

While the pound has recovered from its depths of last week, government bonds have mostly failed to recoup the historic losses incurred from the “mini-budget” – with the exception of long-dated debt which is subject to Bank of England support.

Investors and economists said the reversal was a step in the right direction but that the government needed to go further.

“The issue was not tax changes announced at the mini-budget but the institutional ‘scorched earth policy’ that preceded it,” said Simon French, chief economist of brokerage Panmure Gordon. “UK risk premia will likely only pull back if that is addressed.”

S&P Global said the U-turn did not “materially affect” the economics behind its move on Friday to put the UK’s AA credit rating on a downgrade warning.

Jane Foley, head of forex and rates strategy at Rabobank, said it would only become clear whether the government had done enough once the BoE intervention ends on Oct. 14.

“UK assets, the pound and gilts are not out of the woods yet,” she said. 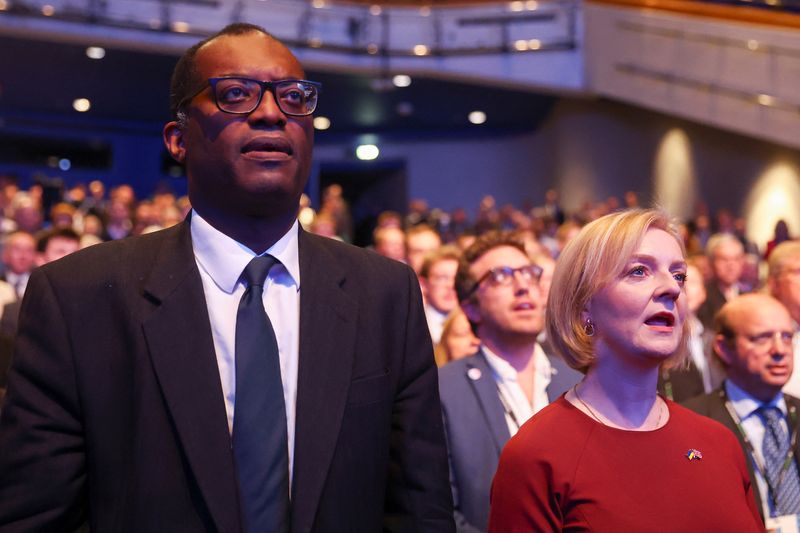 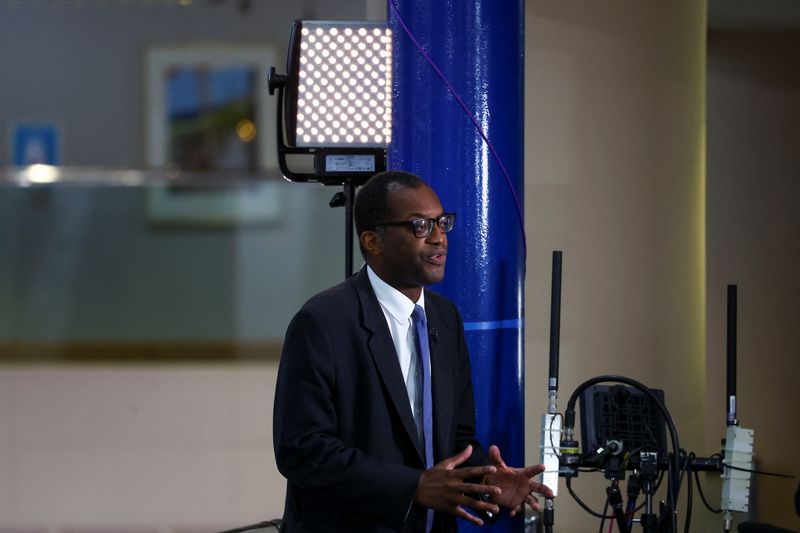 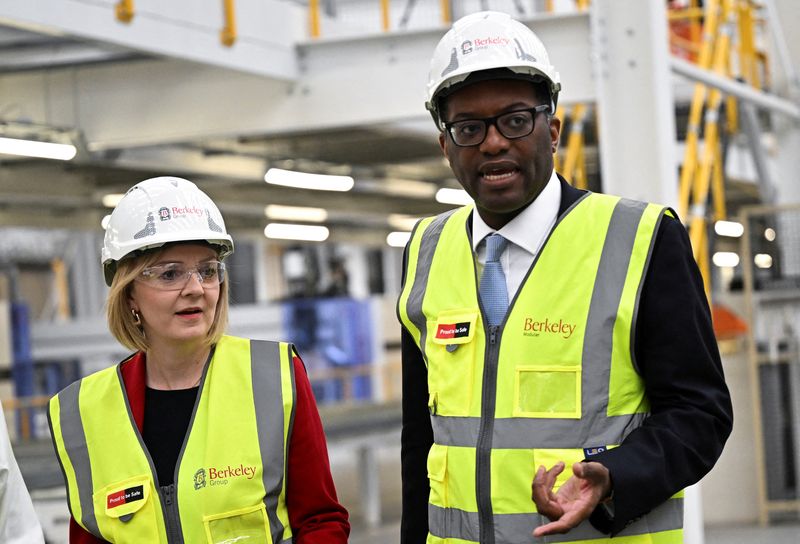