LONDON (Reuters) – Britain’s new Prime Minister Liz Truss promised to “unshackle” the City of London to fuel growth, but crashing the bond market over tax cuts will take the shine off her “Big Bang” plan for financial services.

In a rare move, the Bank of England was forced to buy unlimited gilts to restore calm and avert what some have called a near “Lehman moment” in UK government bonds, casting a pall over the City of London financial district.

“Markets are all about confidence, and if you lose that confidence, which we are in serious danger of doing, then we have to show that fiscal sustainability is part of the plan,” said Alasdair Haynes, chief executive of Aquis Stock Exchange.

Amid a cost of living crisis and opposition from some of the government’s own lawmakers, Kwarteng ditched one element of the tax-cutting plan on Monday, representing about 2 billion pounds ($2.3 billion).

Analysts said it made little difference to the overall scale of borrowing, and that a more sustainable fix was needed before the Bank of England stops propping up gilts in mid-October. Kwarteng now plans to bring forward publication of his fiscal plan to later this month, the Financial Times and a government source said late on Monday.

City officials have welcomed Truss’ new found warmth towards the sector after years of being left out in the cold following Brexit. They also hailed her appetite for bold action on the economy, but within limits to avoid fallout on the financial sector.

“That’s fine if you’re doing it within parameters that people are comfortable with and expect, but don’t lose your moorings from the institutions that allow you to be reasonably radical without consequences to it,” said Miles Celic, chief executive of TheCityUK, which promotes Britain’s financial sector abroad.

“The UK has been a bit of a minefield the last couple weeks,” Ken Griffin, billionaire founder of Citadel Securities, one of the world’s biggest market-making firms, told an investment conference last week.

“It represents the first time we’ve seen a major developed market, in a very long time, lose confidence from investors.”

Britain’s 261 billion pound financial sector is one of its biggest industries, with a trade surplus of around 90 billion pounds, meaning much is at stake.

Its reputation for robust, predictable and credible institutional frameworks has been a bedrock of the City’s international reach, but they have been missing over the past week or so, said William Wright, CEO of think tank New Financial.

“One has to be pretty bold to make an investment decision in the UK right now,” Wright said.

The sector was already on the back foot before the bond market crash, with banks, insurers and asset managers forced to spend millions of pounds opening hubs in the European Union to avoid disruption to business after Brexit.

Initial regulatory reforms such as easing listing rules have yet to bear any major fruit after Amsterdam overtook London to become Europe’s top share trading hub.

“The real issue for me is that if asset prices decline and sterling remains incredibly low, then UK plc is for sale because the Americans can come in and buy basically what they want. Why would you put your company here in the UK knowing they become vulnerable?” Haynes asked.

Bill Campbell, global bond portfolio manager at DoubleLine, said the Bank of England’s credibility was also on the line.

“We have further reduced our UK exposure, as we are trying to get a better sense on the trajectory of policy and if it makes sense,” Campbell said.

Even before the bond market crash there were concerns among some in the financial sector over how Truss and Kwarteng were planning a 1980s-style “Big Bang” of deregulation, starting with scrapping a cap on banker bonuses inherited from the EU.

But Truss’ promise to scrap all remaining EU rules by the end of 2023 has raised some concerns given the existing rulebook is largely based on tested international norms which Britain was key in shaping, and that radical change brings costs for banks.

“Any approach to regulatory change will need to recognise that reality,” TheCityUK’s Celic said.

A review of financial watchdogs and the Bank of England’s mandate promised by Truss, also raised concerns about political interference in regulators, whose independence is long seen as one of the City’s international strengths.

Kwarteng has rolled back to some extent, telling financiers last week he would not tinker with the current structure of regulators – quelling talk of a merger of watchdogs for now – and saying on Monday he had never “rubbished” the central bank. 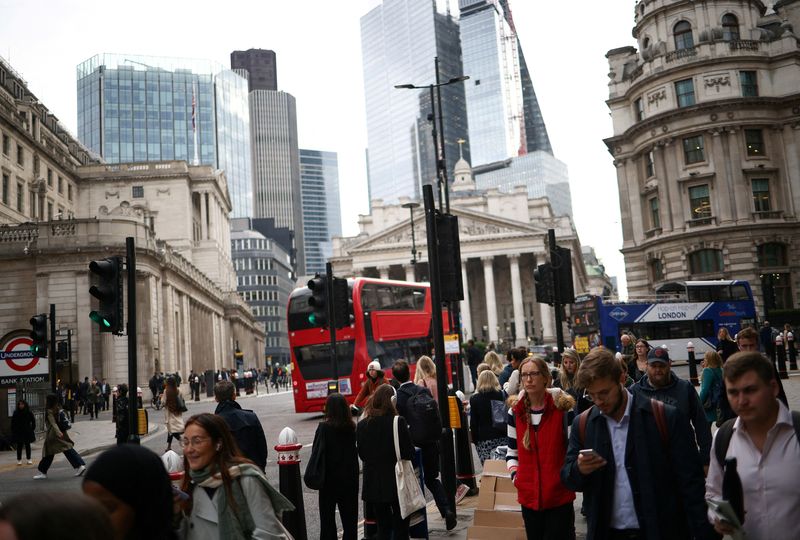