WASHINGTON (Reuters) – U.S. President Joe Biden’s public approval rating edged lower this week and was close to the lowest level of his presidency, with just five weeks to go before the Nov. 8 midterm elections, a Reuters/Ipsos opinion poll completed on Tuesday found.

The two-day national poll found that 40% of Americans approve of Biden’s job performance, down from 41% a week earlier.

The president’s sagging popularity, which drifted as low as 36% in May and June, has helped drive expectations that his Democratic Party will lose control of the U.S. House of Representatives in November, and possibly the Senate as well.

Taking office in January 2021 in the middle of the COVID-19 pandemic, Biden’s term has been marked by the economic scars of the global health crisis, including soaring inflation.

Related News:   ‘Fair And Safe Competition’: How One Legal Group Is Leading The Charge To Protect Women’s Sports

The latest Reuters/Ipsos poll, conducted online in English throughout the United States, gathered responses from 1,003 adults, including 448 Democrats and 383 Republicans. It has a credibility interval – a measure of precision – of four percentage points. 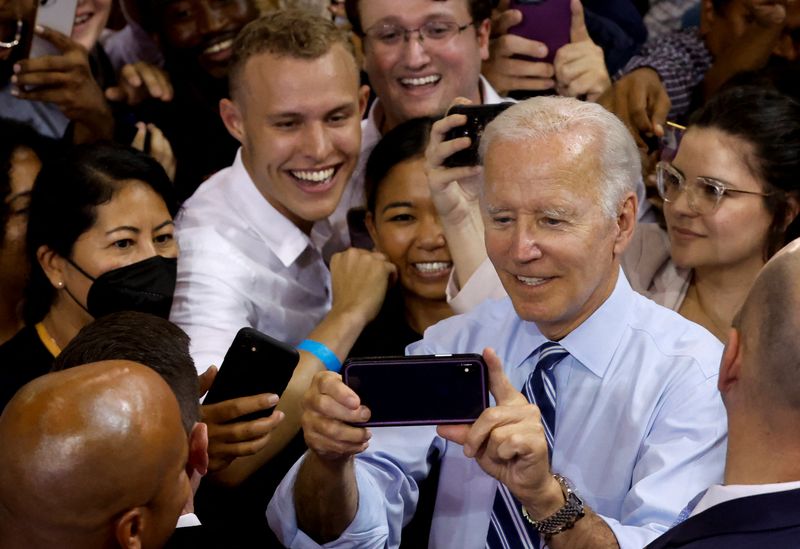