WASHINGTON (Reuters) -U.S. President Joe Biden hits the road this week to raise more money for Democrats ahead of the Nov. 8 congressional elections and is expected to appear at an event in New York City at the home of James Murdoch, son of publisher Rupert Murdoch.

Biden has been raising cash at a prodigious rate in the weeks leading up to the midterm elections as he tries to help Democrats turn back a strong challenge from Republicans for control of the U.S. Congress.

On Thursday, Biden will participate in an event at the home of New Jersey Governor Phil Murphy, head of the Democratic Governors Association, and then go to New York for the fundraiser at James Murdoch’s home for the Democratic Senatorial Campaign Committee, sources familiar with the plans said.

Murdoch and his wife, Kathryn, a climate change activist, were major donors to Biden’s 2020 presidential campaign. In 2020, Murdoch resigned from the board of News Corp, citing disagreements over editorial content at the company founded by his father, a conservative media mogul.

Fox News, a television network spun out of News Corp., has been a fierce critic of Biden’s presidency and amplified false claims that former President Donald Trump did not lose the 2020 election. The station is being sued by Dominion Voting Systems for defamation over election coverage.

In recent weeks, Biden has brought in millions of dollars for Democratic candidates, party officials say, contributing to a record level of fundraising in a midterm year.

He has spoken at a wide array of venues that include a tent filled with donors behind a house in Bethesda, Maryland, and the Manhattan living room of mathematician Henry Laufer, where guests sat listening to Biden in their socks to avoid soiling the carpet.

Biden remains a big draw among wealthy Democrats and has boosted fund-raising efforts in spite of lackluster job approval numbers. The events also aim to convince deep-pocketed Democrats that Biden, 79, is the right candidate for a 2024 presidential run despite his age.

While there remain questions as to whether Biden will seek a second term, the Rev. Al Sharpton, a Biden ally, told his National Action Network staff recently that Biden told him he does plan to run again in 2024, NBC News reported on Monday.

An official with the Democratic National Committee said that with Biden’s assistance, it has raised a midterm record $271 million during the current election cycle and more than $107 million so far this year, “the most at this point in any year.” 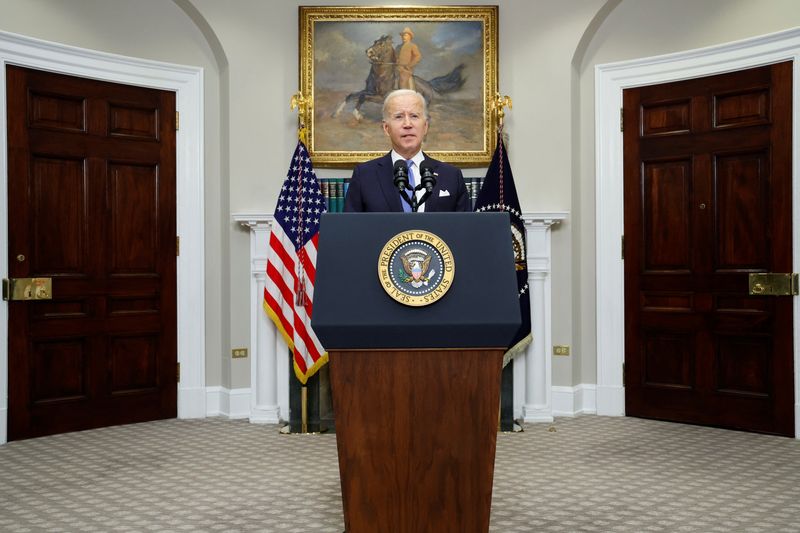