BRUSSELS (Reuters) – European airlines and airports, reeling from delays that caused widespread disruption as demand roared back after COVID-19, are counting the cost of efforts to avoid a repeat next summer.

Industry leaders meeting at the headquarters of air traffic control agency Eurocontrol sparred on Wednesday over who was to blame for the chaos that upset passengers and politicians.

“We found ourselves more in the news than we would have wished over the summer,” Olivier Jankovec, director general of airports association ACI Europe, told a Eurocontrol conference.

Labour or parts shortages and strikes led to cancellations of hundreds of flights, prompting some airports to introduce capacity curbs and exposing slim margins for error.

“We somehow survived the summer but it was not great and it should not be happening again. We have to put appropriate resources in the system to deal with the challenges,” Wizz Air Chief Executive Jozsef Varadi said.

For the budget carrier, that may mean unusually recruiting more people than it needs for the time being.

“We are redesigning the operating model to make sure that we build … more slack in the system so we’re going to be losing some efficiency,” Varadi said.

Airports too are increasingly upping pay or handing out recruitment bonuses to hire back workers laid off during the pandemic. Many defected to new-economy jobs like ride-sharing.

Officials gave no estimate for the overall cost of making the network more delay-proof but airports said they were facing a 7 billion euro ($6.98 billion) funding crunch.

“We are not attractive any more and that is one of the problems that airports face,” said Arnaud Feist, chief executive of Brussels Airport. Automation will increase, he added.

Those left behind were exposed to “unprecedented levels of violence” as tempers rose over the summer, said Livia Spera, general secretary of the European Transport Workers Federation.

Related News:   The Palestinian president and his unfulfilled quest for a state

The airline industry’s overall drive to contain costs is unlikely to take a backseat for long.

“I think this is temporary. I don’t think this is a structural change,” the head of the International Air Transport Association, Willie Walsh, said in an interview.

Airlines say they are squeezed between regulations requiring them to compensate consumers for delays while bearing the full cost of disruption from a long list of suppliers from manufacturers to airports, air controllers or ground handlers.

Airports complain they did not get state support available to traditional carriers and point the finger back at airlines.

“Some airlines were hiding their own staffing issues behind airports and that wasn’t helpful,” Jankovec told Reuters.

“If customers aren’t getting through in time then you’re getting into delayed departures, delayed arrivals. So everything gets knocked out,” he told Reuters.

Heathrow has said rebuilding capacity quickly after the pandemic is “challenging” but that the entire aviation supply chain is affected.

Now, airlines and airports are once again at odds over rules for the usage of airport slots over the coming winter.

A series of air traffic controller strikes is adding to the tensions.

Eurocontrol, a 41-nation coordination agency, called for measures to soften the impact of strikes such as an abrupt one-day action that closed much of French airspace last month.

“Workers have the right to strike and that should be protected, but overflights should be facilitated,” Director General Eamonn Brennan told Reuters.

Controllers say curbs would be hard to achieve in one part of Europe without infringing rights of controllers elsewhere. 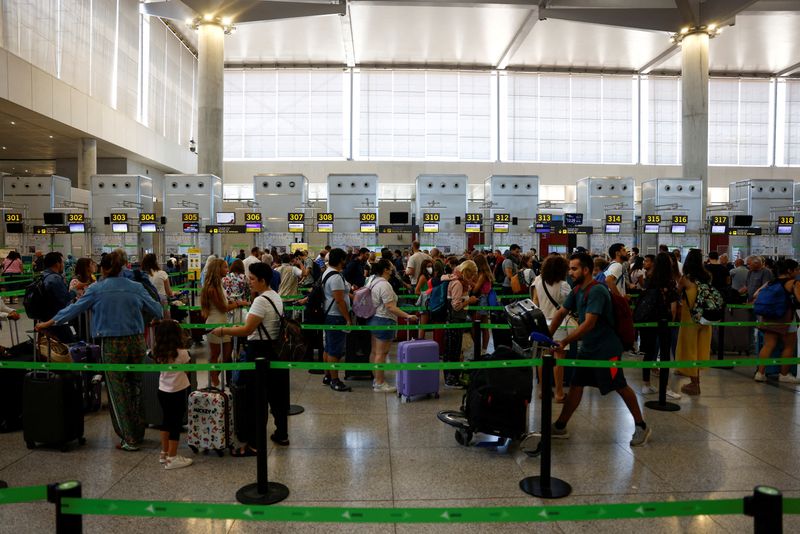 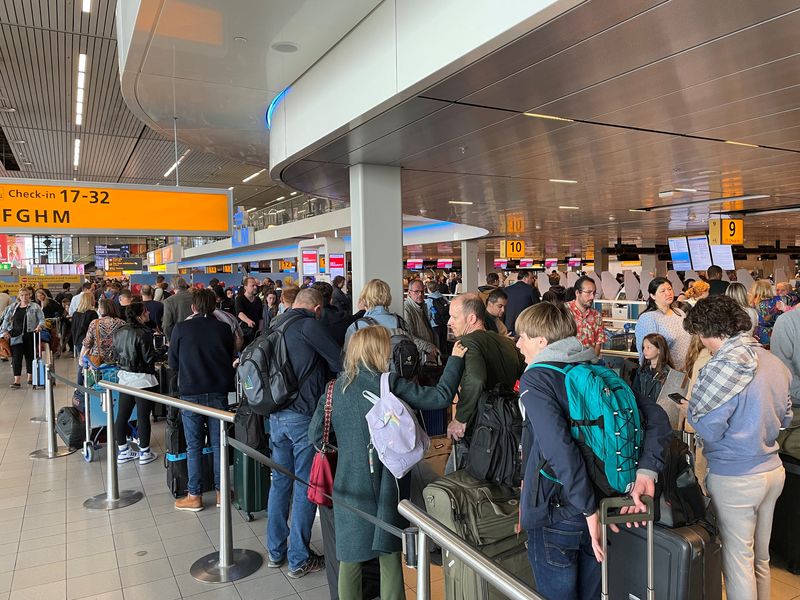