WASHINGTON (Reuters) – The U.S. Treasury will announce on Tuesday that a coalition of private firms and foundations will deposit $1 billion into minority-owned and community development financial institutions to boost their lending firepower in underserved communities.

A Treasury official said the commitment by the Economic Opportunity Coalition will be announced by Vice President Kamala Harris at the Treasury’s annual Freedmen’s Bank Forum focused on the Biden administration’s efforts to boost economic opportunity in communities of color.

The commitment from the 24 mainly financial firms and three foundations aims to build upon more than $8.7 billion in Treasury capital investments in minority banking firms and community development financial institutions at last year’s forum.

Those allocations were part of $12 billion in funding for such lenders from a COVID-19 aid bill passed at the end of 2020 and signed into law by former President Donald Trump.

U.S. Treasury Secretary Janet Yellen last year issued a call to the private sector to add to the public investments to bring more capital into underserved communities. The firms including Bank of America,, Mastercard, PayPal, Micron Technology and the Ford Foundation announced their group’s formation in July at an event with Harris.

“The private sector is making valuable contributions, in addition to Treasury’s work, to meaningfully address persistent disinvestment in marginalized communities,” Yellen said in an emailed statement to Reuters. “The commitments announced today will be a force multiplier for the capital the Biden Administration has deployed.”

Additional deposits bring down a lender’s loan-to-deposit ratio, which allows them to increase lending while still maintaining adequate liquidity.

According to data from the Federal Reserve Bank of St. Louis, community banks typically aim to lend 80 to 90 cents of every dollar they hold in deposits, but weak loan demand and high deposit rates during the pandemic held the 2021 ratio to the mid-70% range. 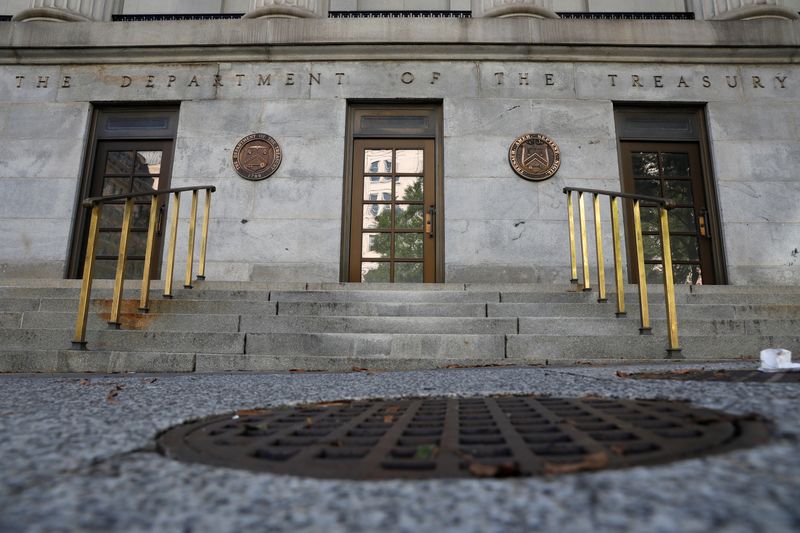